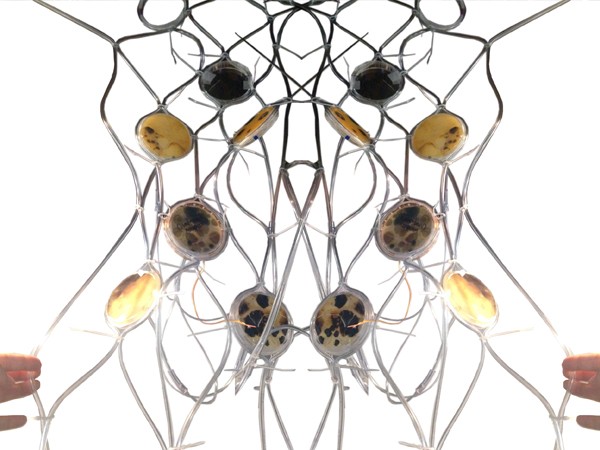 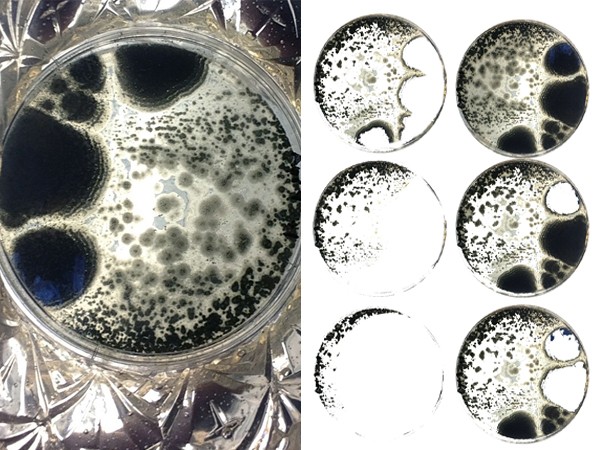 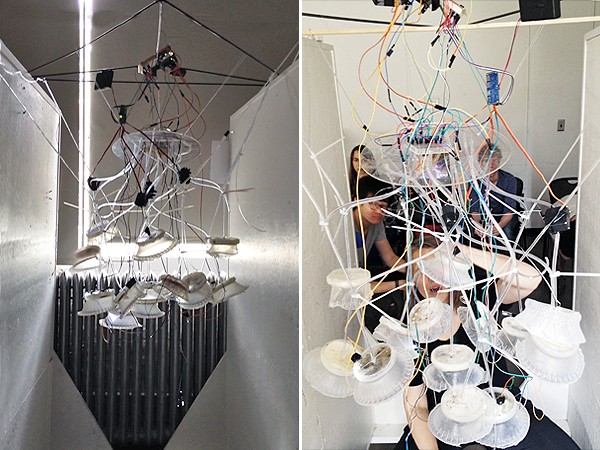 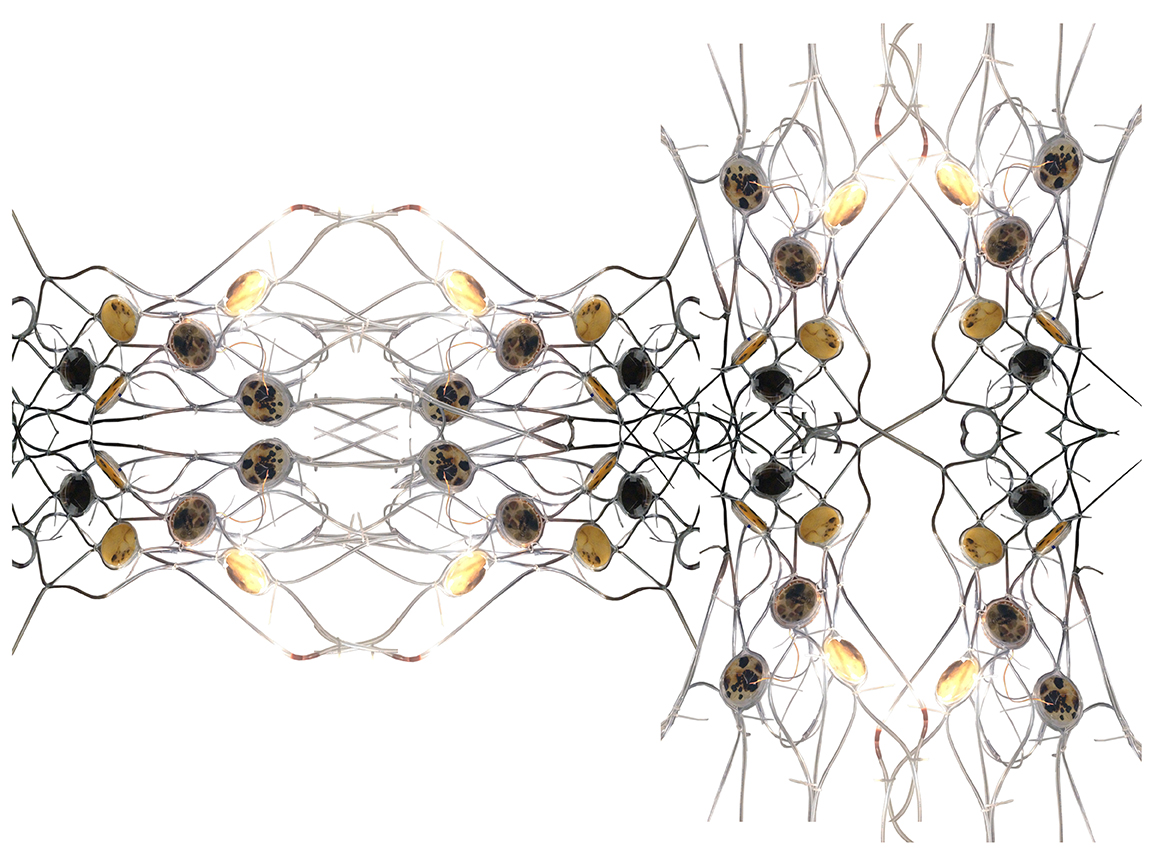 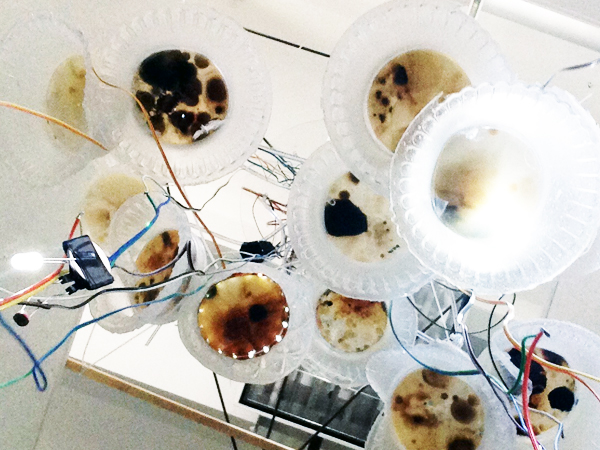 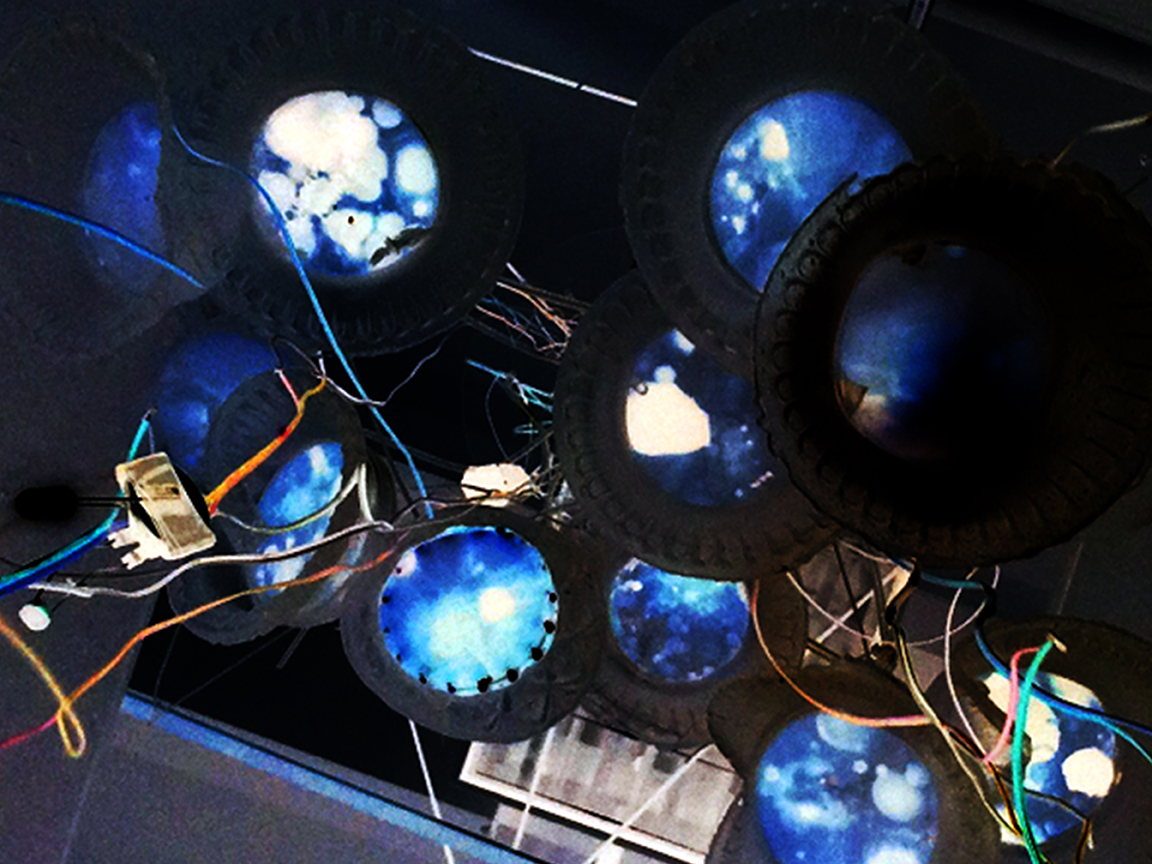 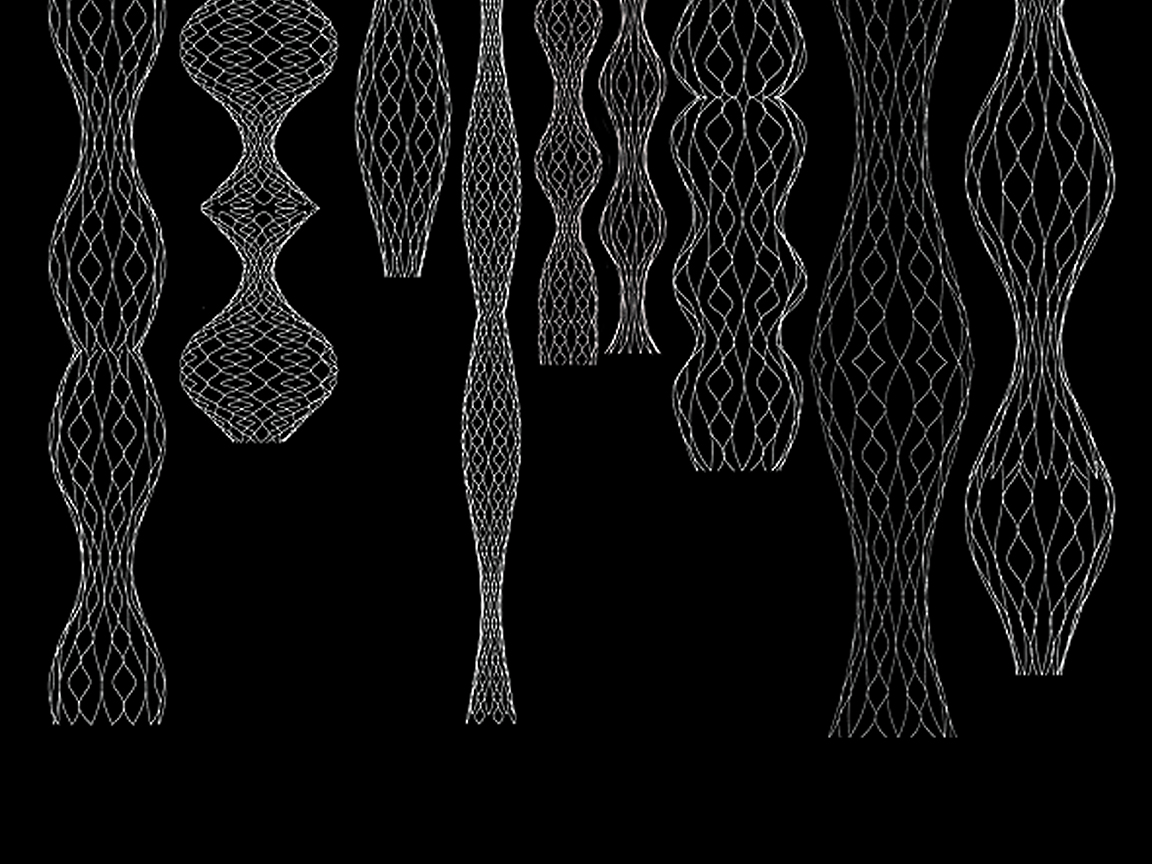 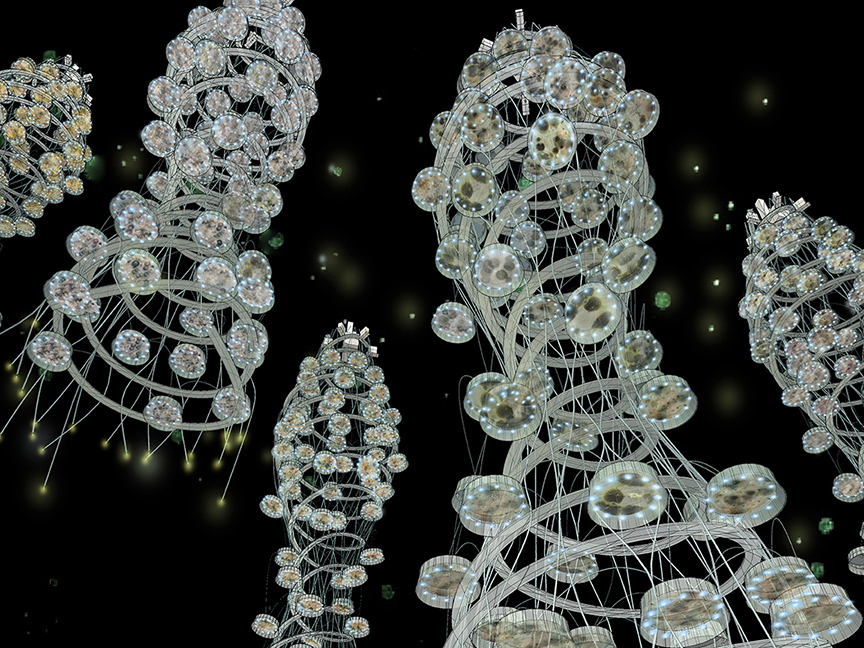 Medusa is a proposal for an interactive 'chandelier-like' installation that plays on mythological notions of toxicity and beauty in our contemporary culture. In Greek mythology, Medusa - originally a ravishingly beautiful maiden - was turned by goddess Athena into monster, a Gorgon, generally described as a winged human female with living venomous snakes in place of hair. Expanding on the theme of poisonous strains of beauty we engage the presence of mold within built environment. Actuating mold growth in the network that responds to light levels, human occupancy and movement, this system strives to visualize the invisible microbiotic particles that are always present around us. As the pattern of concentration and growth occur, our attraction to toxicity may mobilize human reflection and behavior, which confronts the contradictions of beauty and human health.