EPIPHYTE Lab is a design and research practice centered in Pittsburgh, Pennsylvania. Founded in 2009 by Dana Cupkova and Kevin Pratt, professors at Carnegie Mellon and Cornell Universities respectively EPIPHYTE Lab produces built work, engages in speculative design projects, and serves as a vessel for interdisciplinary design-research that is tightly coupled with academic framework. Always striving for innovation, EPIPHYTE Lab engages the built environment at the intersection of ecology, thermodynamics, computationally driven processes, and material logic.

EPIPHYTE is a plant that grows on another plant but is not parasitic, using its niche for physical support only, but not obtaining nutrients from it. It is a self contained object with a boundary condition related to its ecological framework. An epiphyte is an eco-machine. It feeds off of surplus resources to create localized embedded micro-ecologies. EPIPHYTE Lab engages architecture in its environment as it relates to its resources and energy flows. 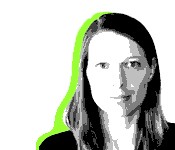 DANA CUPKOVA is a founding director and design principal of EPIPHYTE Lab. She currently holds an Assistant Professorship at the Carnegie Mellon School of Architecture and serves as a Track Chair for the school's Master of Science in Sustainable Design program. From 2005-2012 Dana was a Visiting Assistant Professor at the Cornell University Department of Architecture. Before founding EPIPHYTE Lab, Dana directed the architectural design practice DCm-STUDIO. She currently serves on the ACADIA Board of Directors. Dana's design work is focused on the relationship between design-space and ecology as it engages computational methods, thermodynamic processes, and experimentation with geometrically-driven performance logic. Her research has been supported by the NYSCA 2013 Grant, the AIA NY Center for Architecture Foundation Arnold W. Brunner Grant, the Cornell University Faculty Innovation Grant, Architectural League of NY, AIA Urban and Regional Solution Grant, the Pennsylvania Infrastructure Technology Alliance Grant, and others. Dana's design work has been published internationally in professional venues such as Dwell, The Architectural Review, Green Building & Design, The Cornell Journal of Architecture, IJAC and Architect's Newspaper; it has also been presented at academic conferences such as Smart Geometry, ACADIA, Encoding Architecture, Sustaining Sustainability: Alternative Approaches in Urban Ecology and Architecture, and Design Modeling Symposium: Modeling Behavior, among others.

KEVIN PRATT was a founding partner and principal of EPIPHYTE Lab. In 2007 Kevin was appointed an Assistant Professor at the Cornell University Department of Architecture, where he conducted research and taught in the area of building technology and sustainable form. He often co-taught design research studios with Dana Cupkova, where they seeked to further develop strategies for adaptive component assemblies design using parametric CAD and environmental simulation software. Kevin received his Bachelor of Arts in Architecture (Magna Cum Laude) from Columbia University and a Master of Arts degree from the Environment & Energy Programme at the Architectural Association in London. He was a Registered Architect in the state of New York and LEED v2 Accredited Professional with over 25 years of experience as an academic, researcher and architect. From 2004 to 2007 Kevin was Director of Research at Kieran Timberlake Associates in Philadelphia where his work included developing daylighting, shading and thermal simulation analysis for the Sidwell Friends Middle School (a LEED Platinum building), the design and detailing of the solar thermal façade at the new Sculpture Building at Yale University, and the development of design, sustainable strategies and technologies for the Institute for Energy, Environment and Ecology at the University of Calgary. Kevin also led research into prefabricated housing in collaboration with Living Homes and investigated the use of sustainable prefabrication technology for commercial space development. Prior to relocating to London in 2002, he spent five years at the design and façade consulting firm Evans Heintges Architects in New York City. Kevin was also a contributing writer to Artforum, and has written articles for various design and general interest publications, including TimeOut New York, Artbyte, Art on Paper. During his time at Cornell University Kevin was leading a multidisciplinary research group linking the departments of Computer Science, Architecture and Mechanical Engineering. Funded by the US dept. of Energy, this group was developing new methods in building simulation and parametrically based energy analysis. He was a fellow at the Atkinson Center for a Sustainable Future (ACSF), which seed-funded a collaborative research project on Integrated Digital Design Environment for Sustainable Architecture.

EPIPHYTE Lab has been founded on the premise that innovative architecture occurs at disciplinary boundaries, where design, insight, research and the built environment bleed across traditional didactic precincts. Our work is grounded in four fundamental principles:

Practically, this means: We are interested in making things that reflect upon relevant cultural, ecological and material frameworks. We believe that ideas mutate when they meet an environment, real or virtual, and are best refined through iterative loops of making, computational analysis, simulation, evolutionary algorithms, prototypes and full scale construction. We understand that anytime we make something, we become consumers, but we suspect that environments that are tightly bound to specific ecologies of mind and matter have a better chance of being effective, efficient, and beautiful. We realize that the work we do, collectively, is more than the sum of our individual efforts, consequently we look to create open systems that can exist and evolve happily, beyond our ability of control.

EPIPHYTE Lab offers a full range of architectural services. CONTACT US with any questions or inquiries. We are architectural design and research collaborative that continuously strives to network and engage new team knowledge: