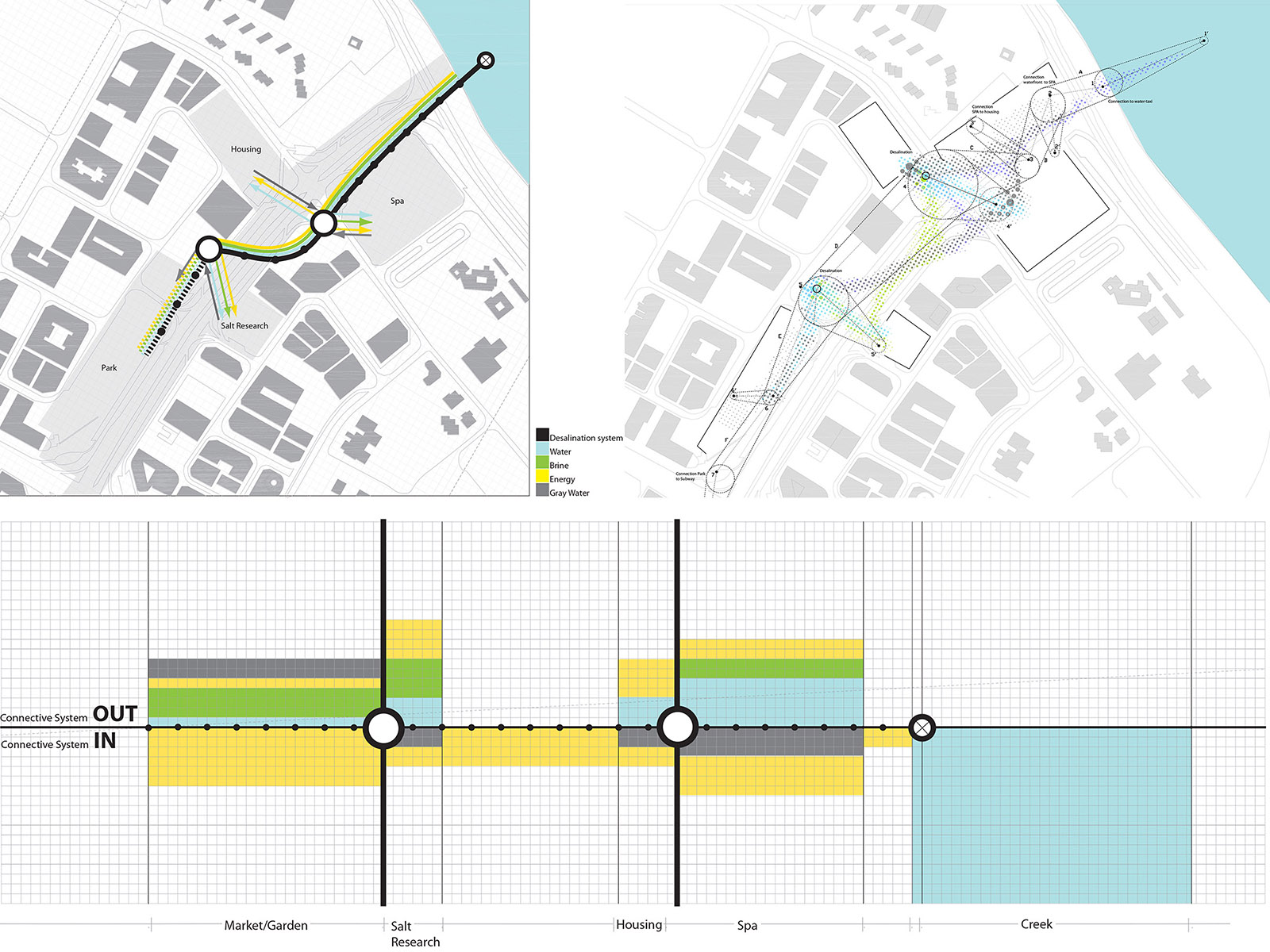 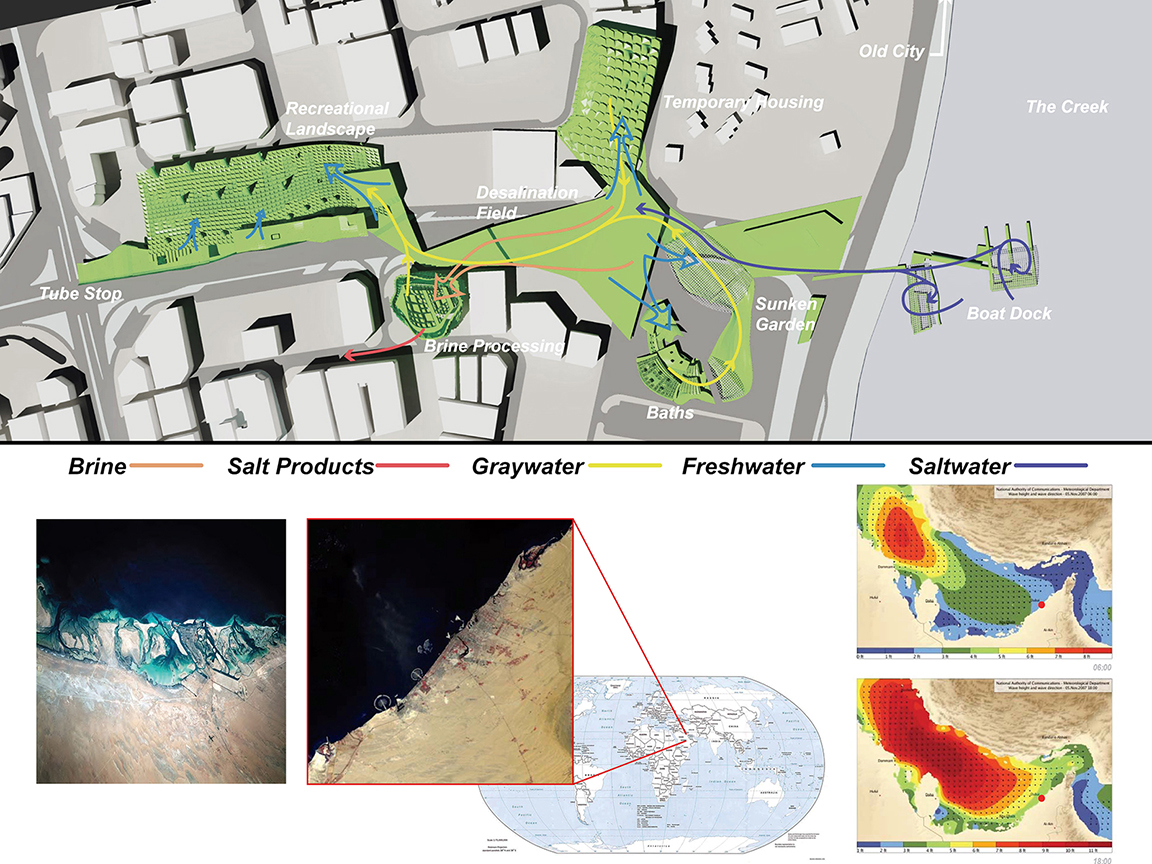 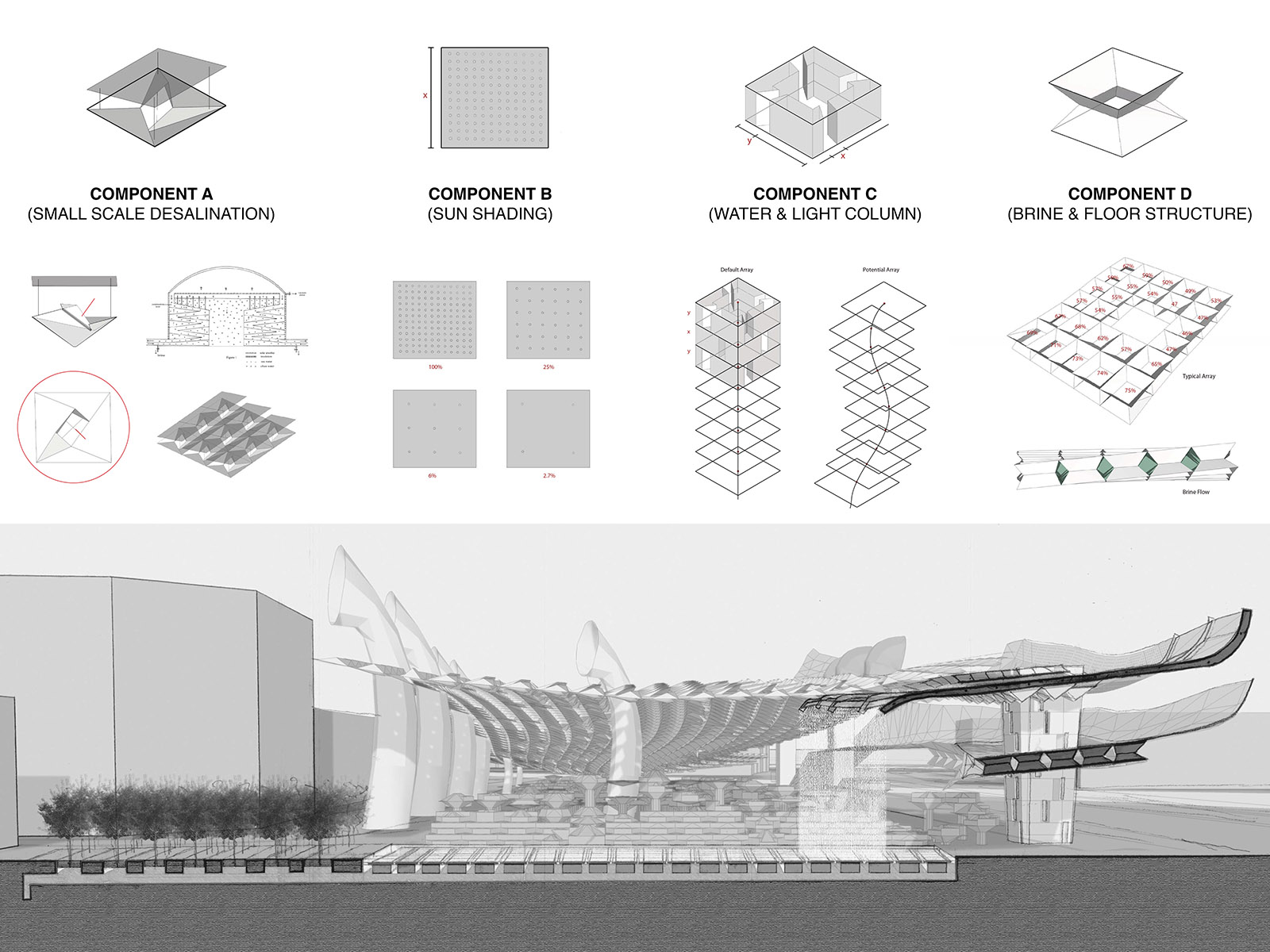 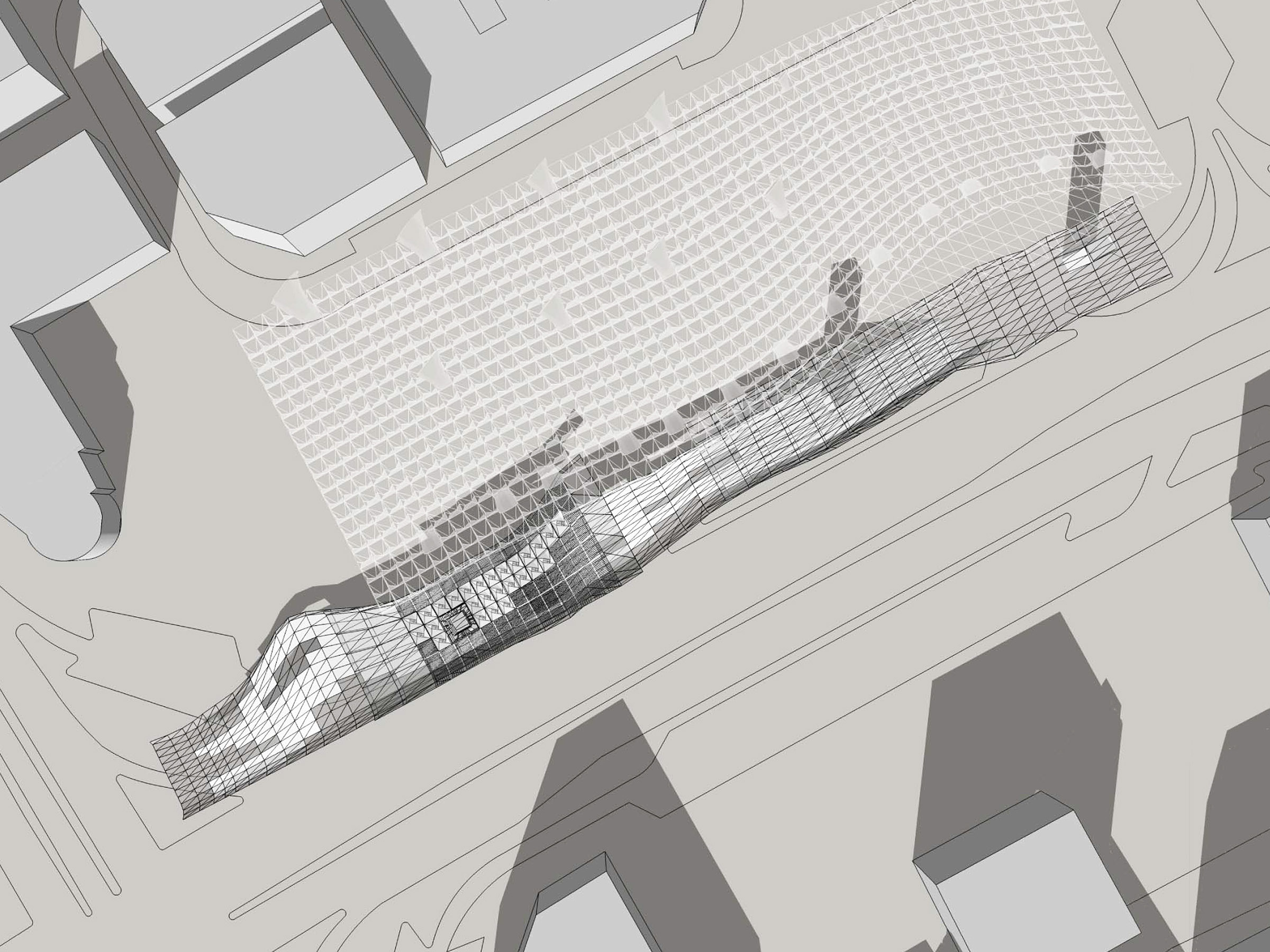 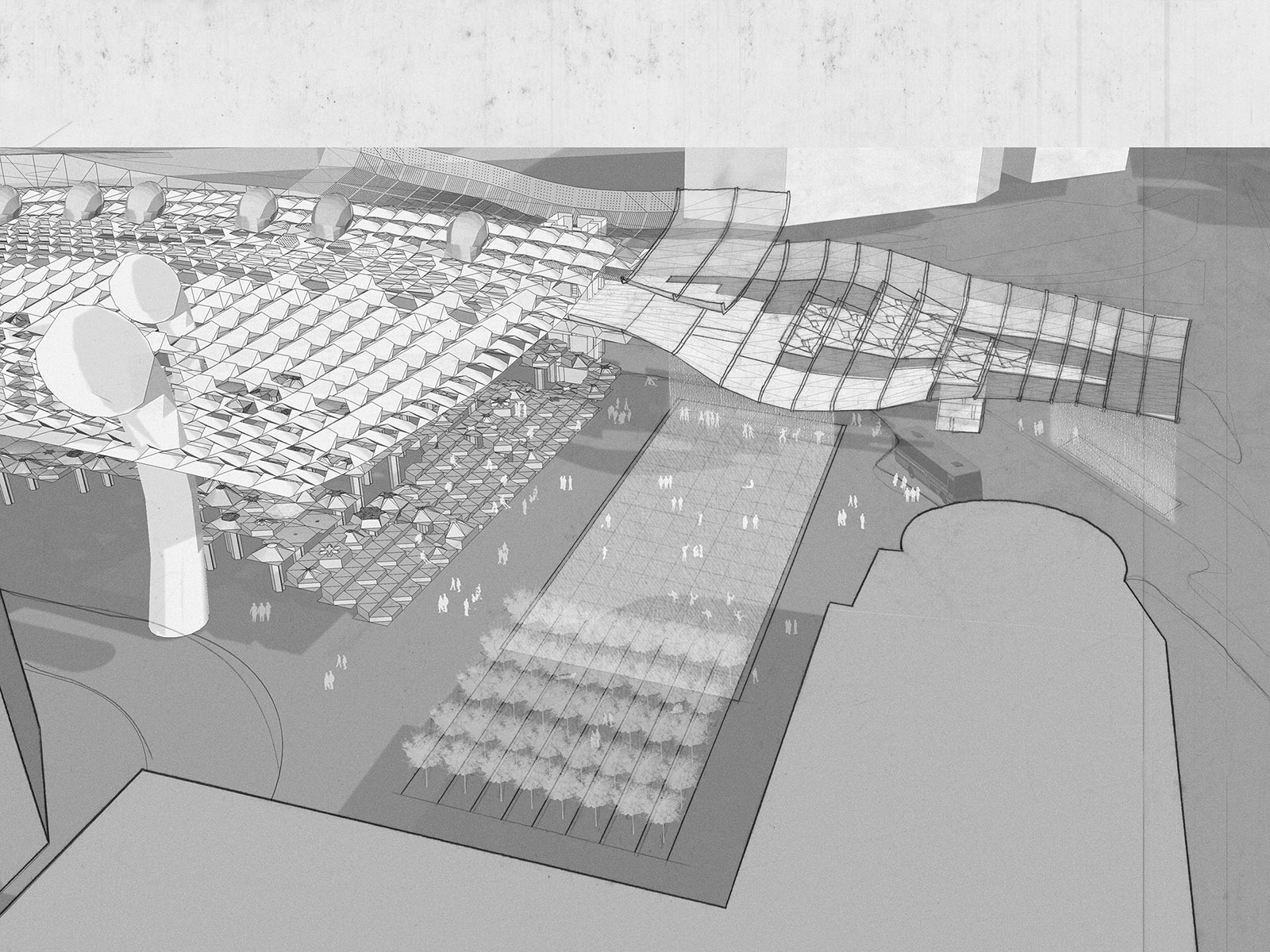 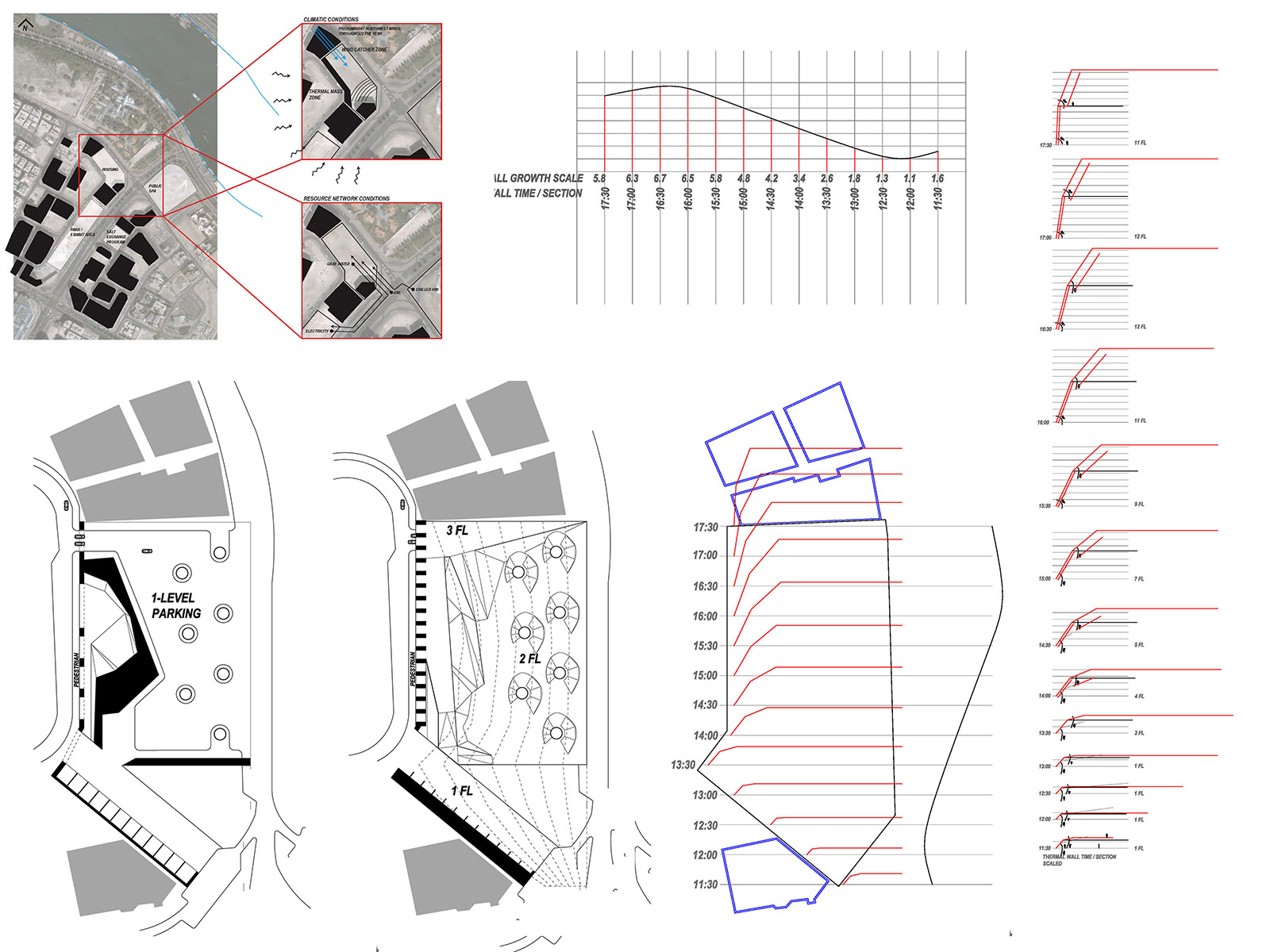 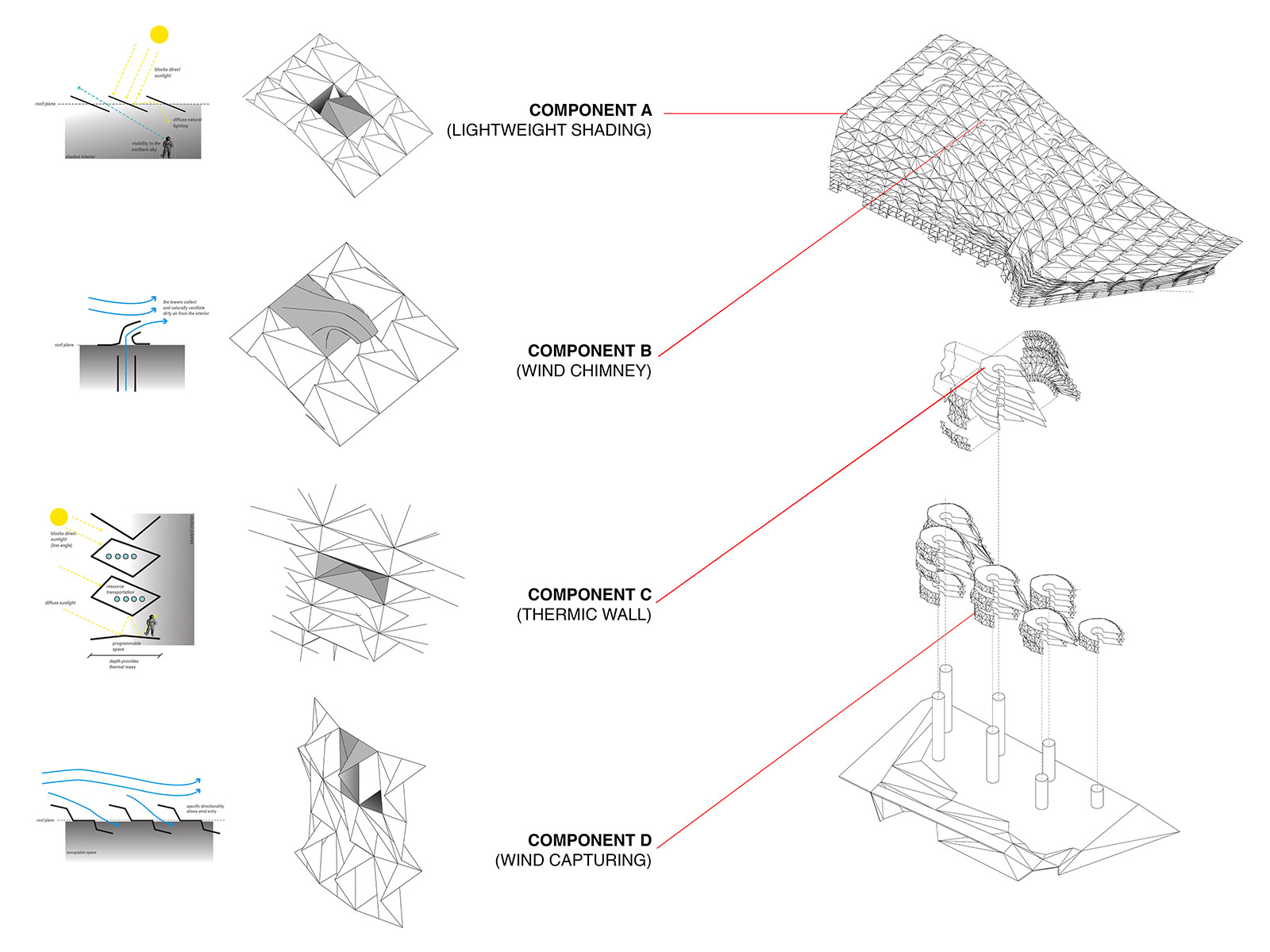 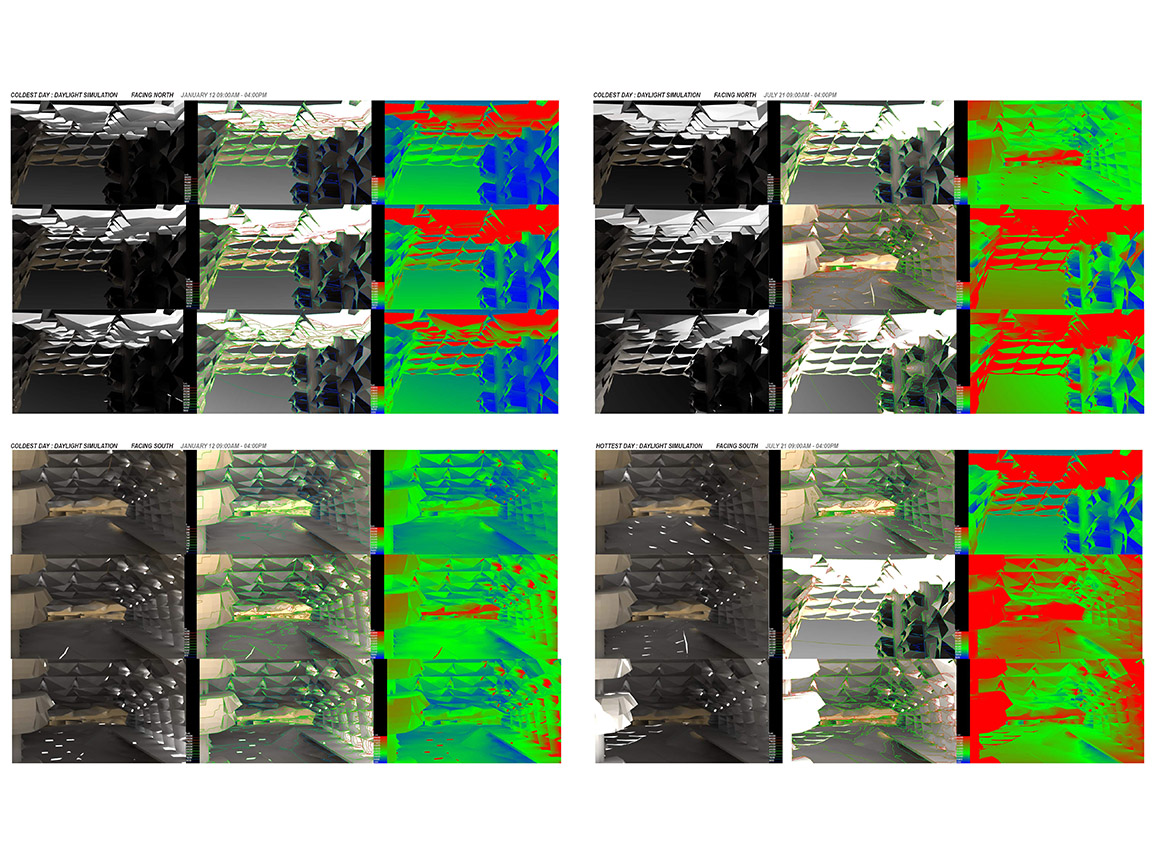 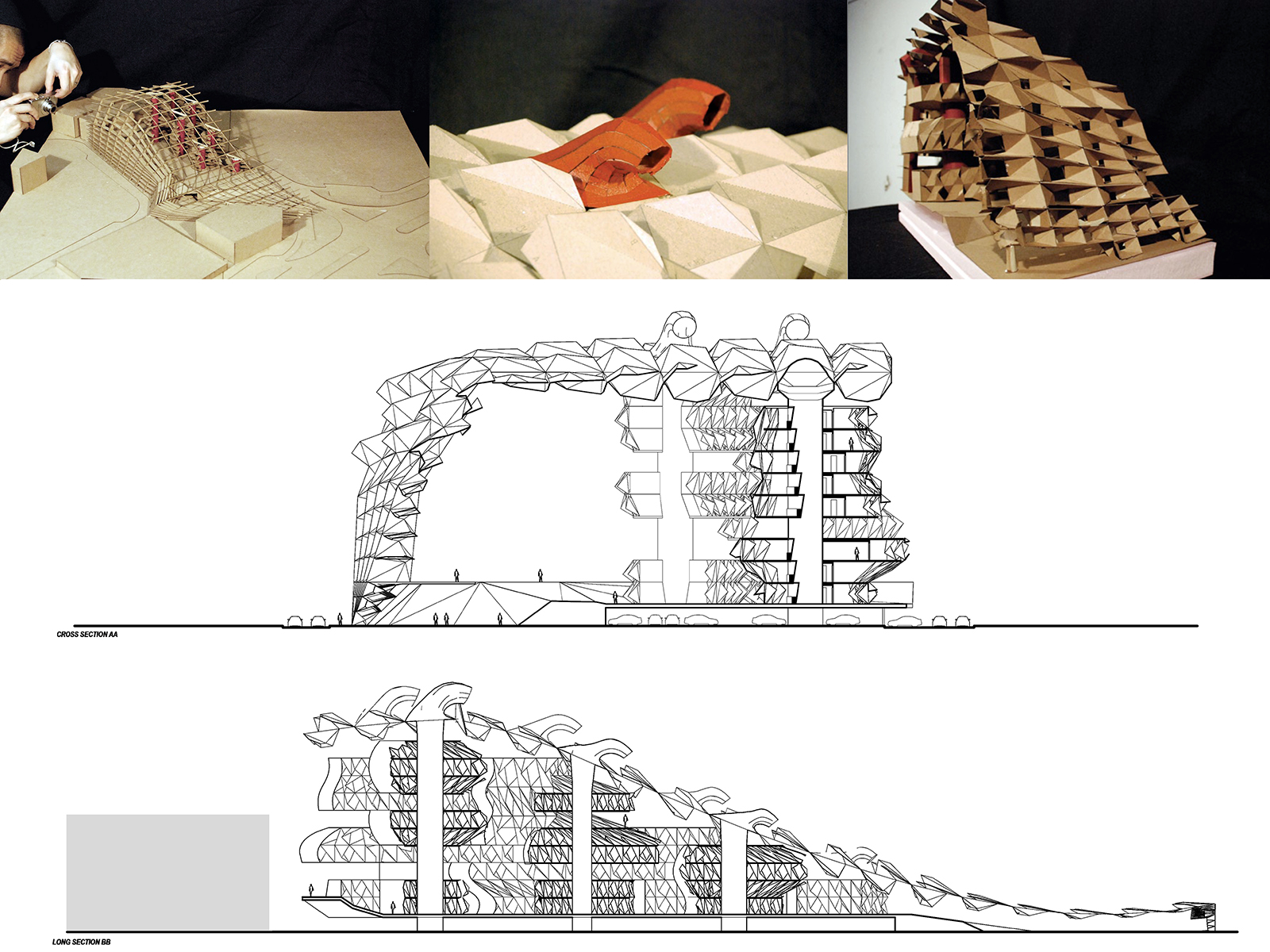 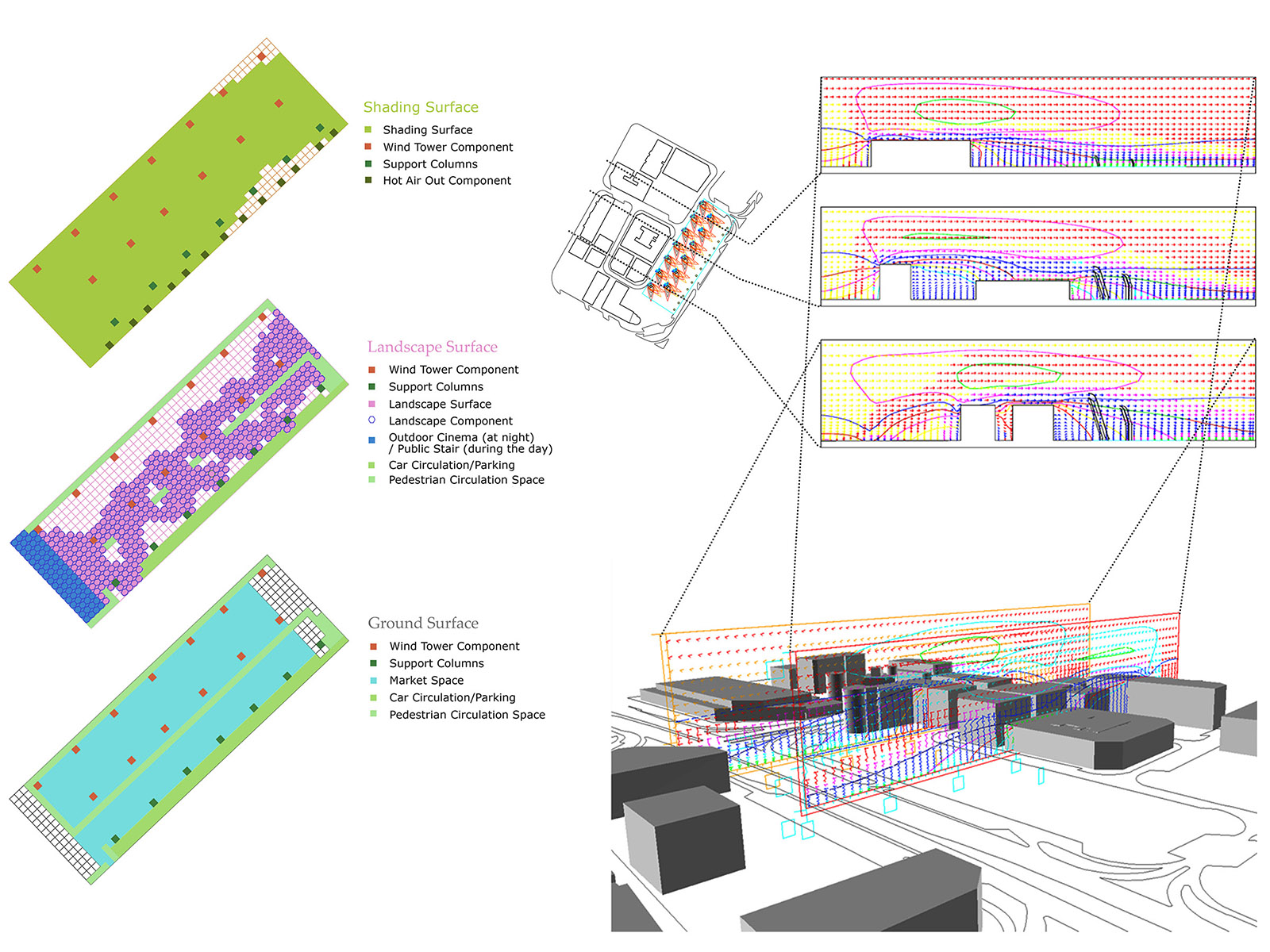 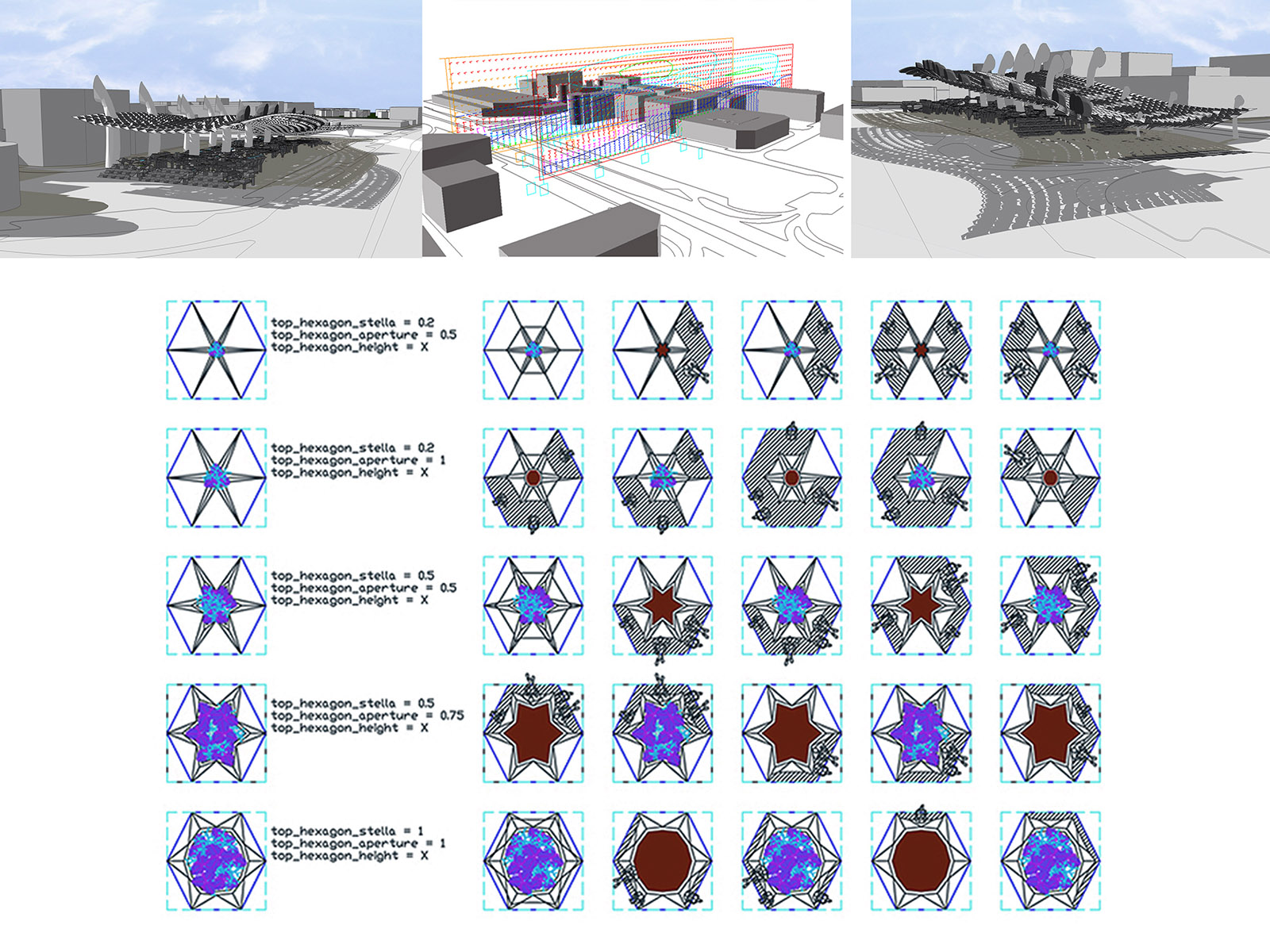 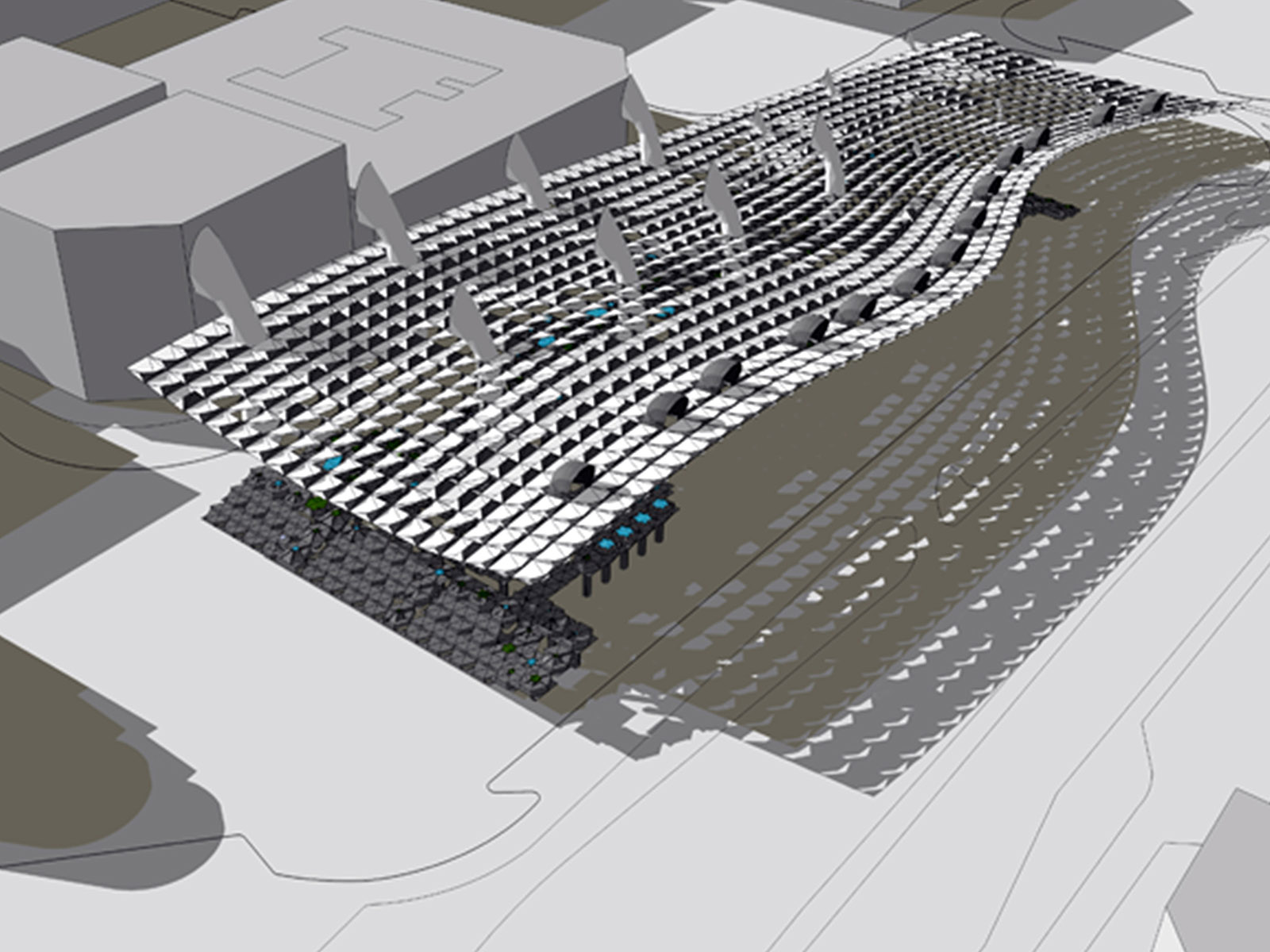 Contemporary building practice tends to describe architecture as objects situated in a spatial and cultural field. Historically, architecture has defined itself as an autonomous discipline that develops form through an internalized discourse responsive to both particular socio-political contexts and generalized trends in intellectual and popular culture. Ecology posits that entities that have thermodynamic relationships to other entities are bound together in complex systems of energy and information transfer: ecosystems. The Component Arcologies is the first in a series of research studios focused on scalar relationship between urban ecology and component based performative assemblies. The goal is to refine a holistic methodology of adaptive component systems in attempt to create an architecture that is tightly bound to the specificity of dynamic local ecologies while at the same time recognizing that contemporary means of production require a degree of repetitive process and material uniformity to achieve economic viability. Fundamentally, it is a biomimetic methodology, in that it seeks to exploit the malleability of flexible component assemblies that are tuned to the conditions that obtain at a definite set of points in both space and time. The goal of the studio was to develop sequence of material component organizations – component arcologies - integrated into a synthetic system responsive to specific performative conditions. The studio brief addressed the environmental problem of water desalination and its potential programmatic and cultural byproducts in Dubai, UAE.