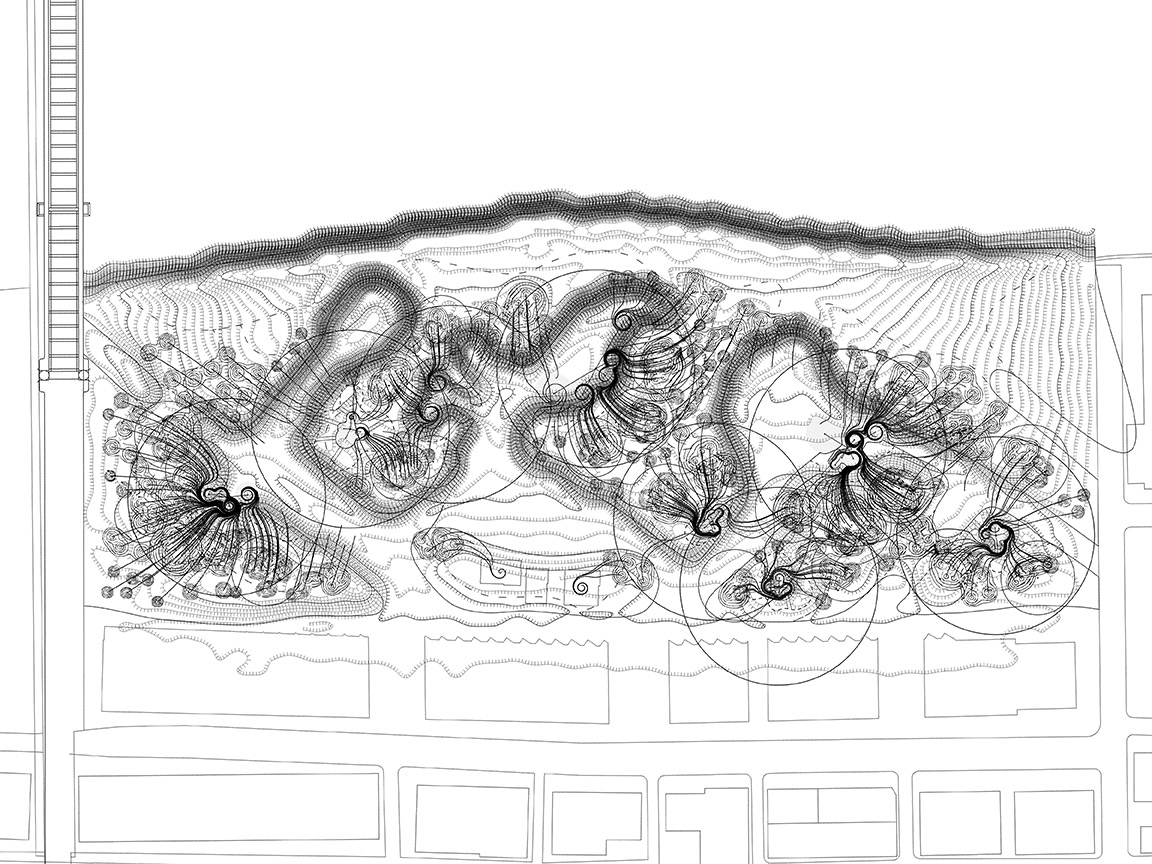 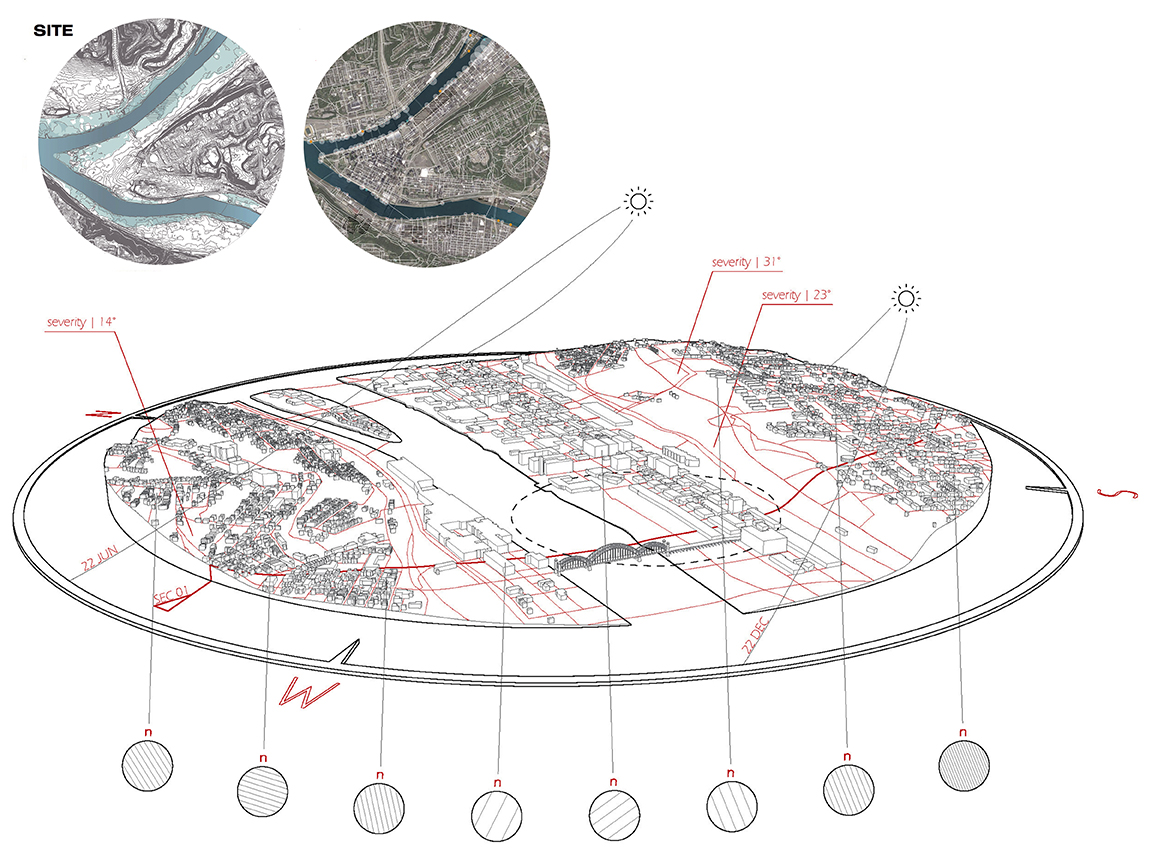 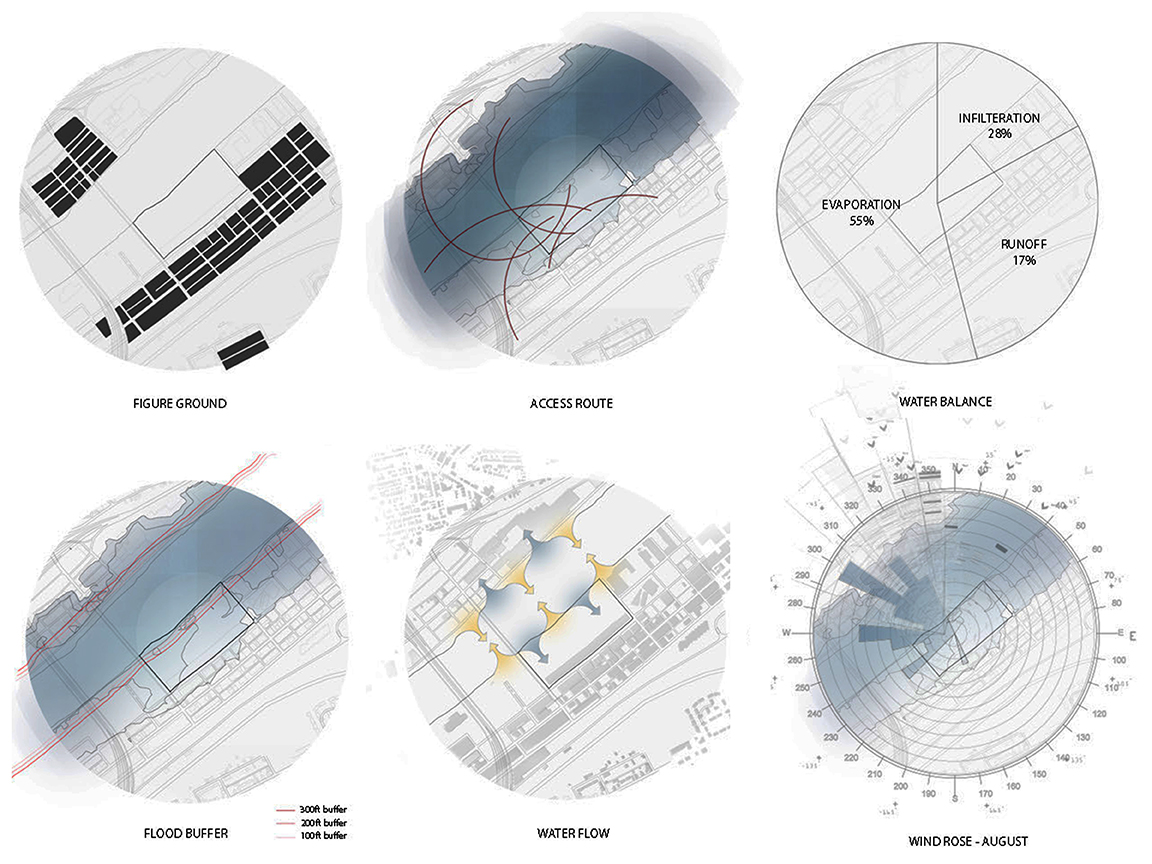 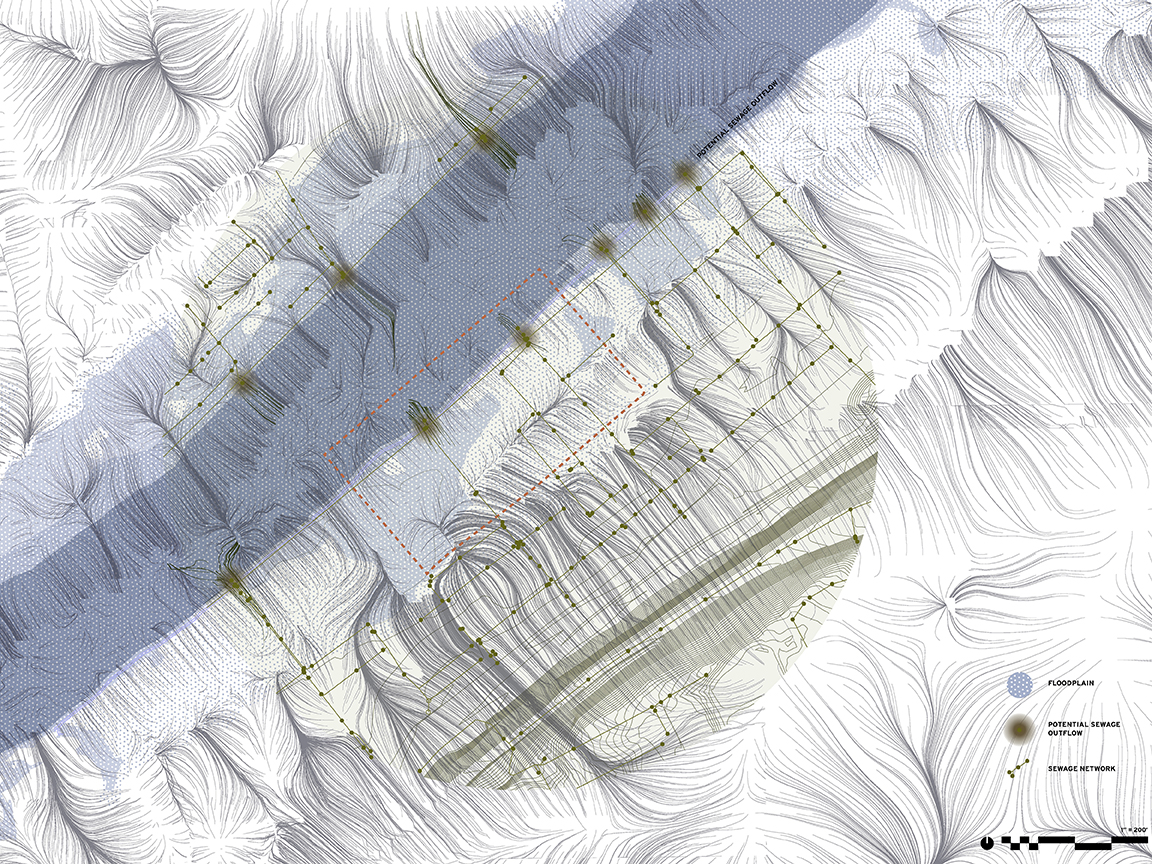 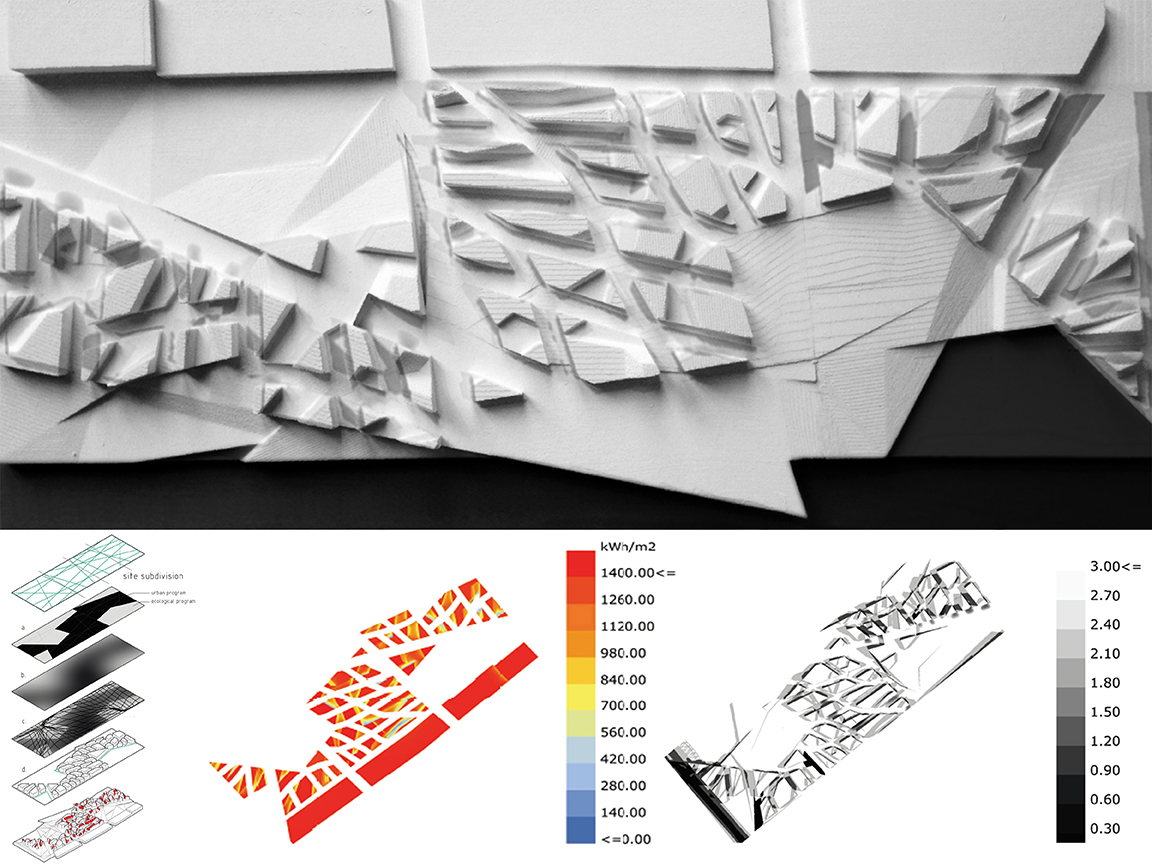 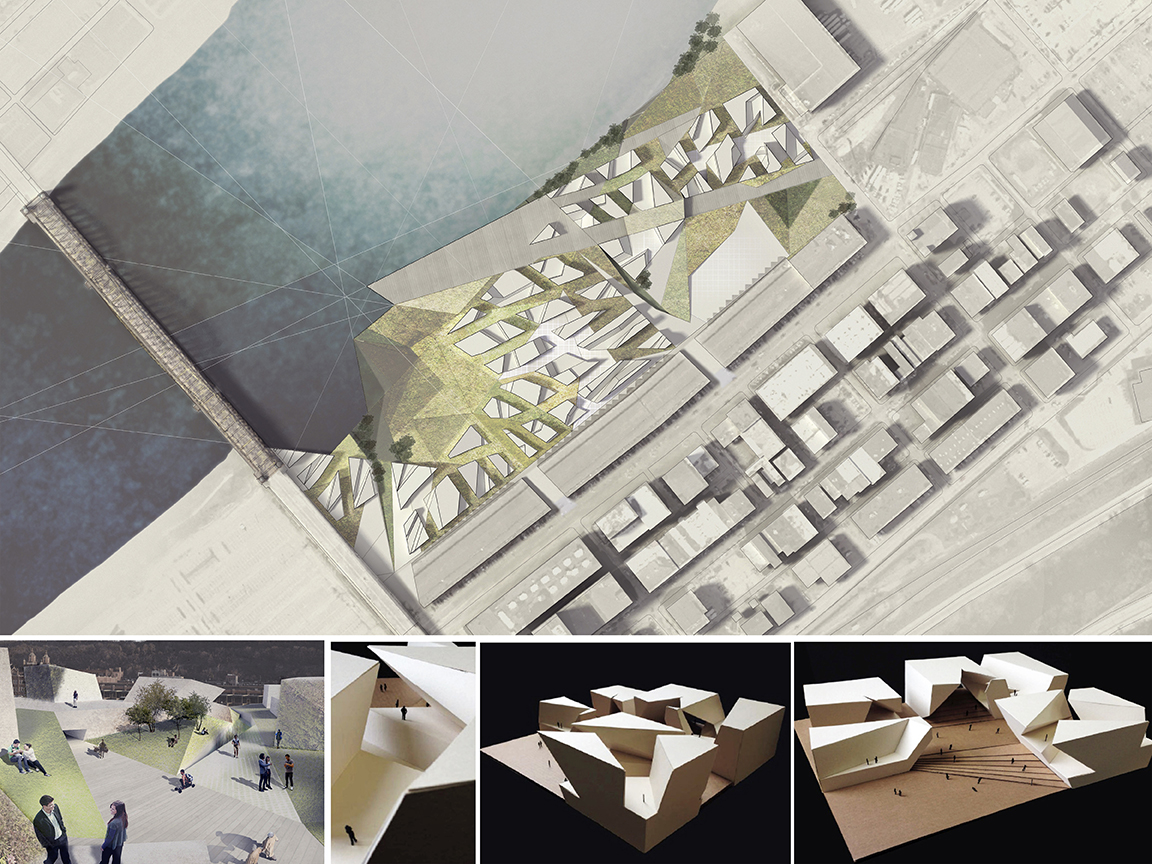 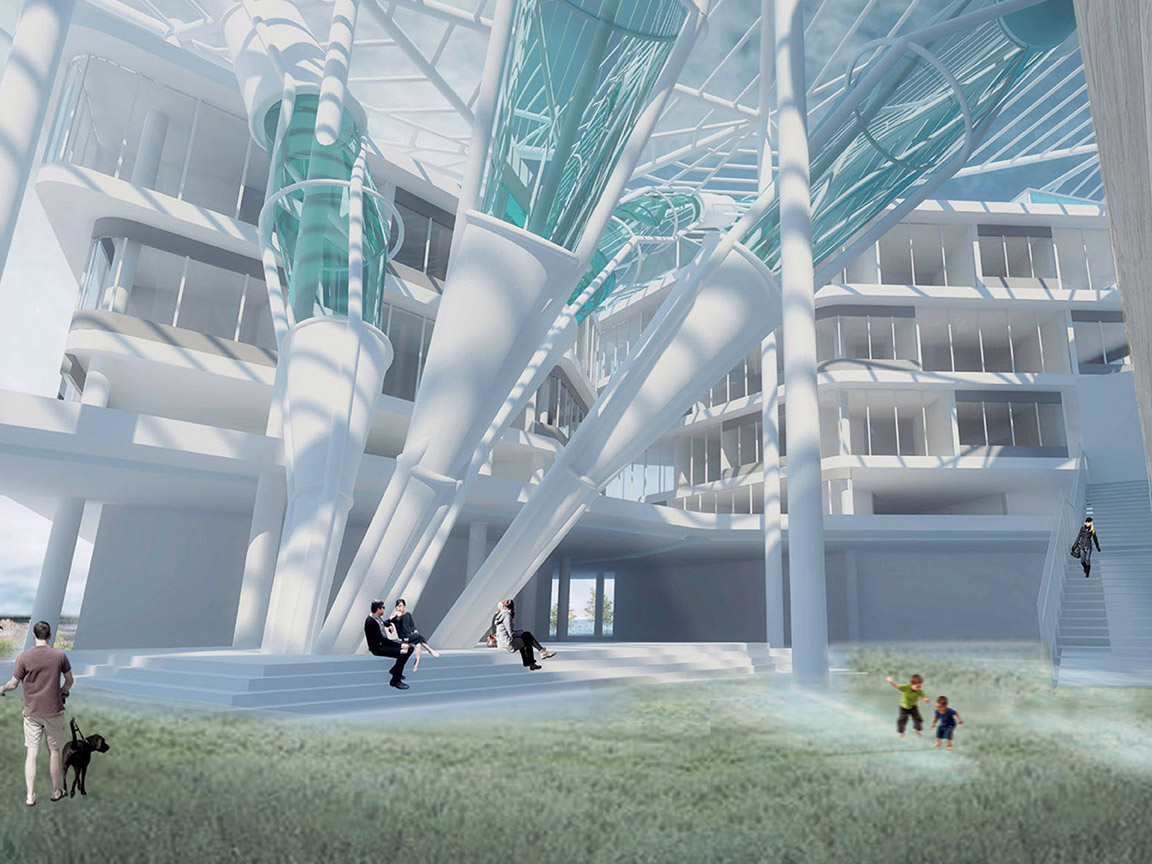 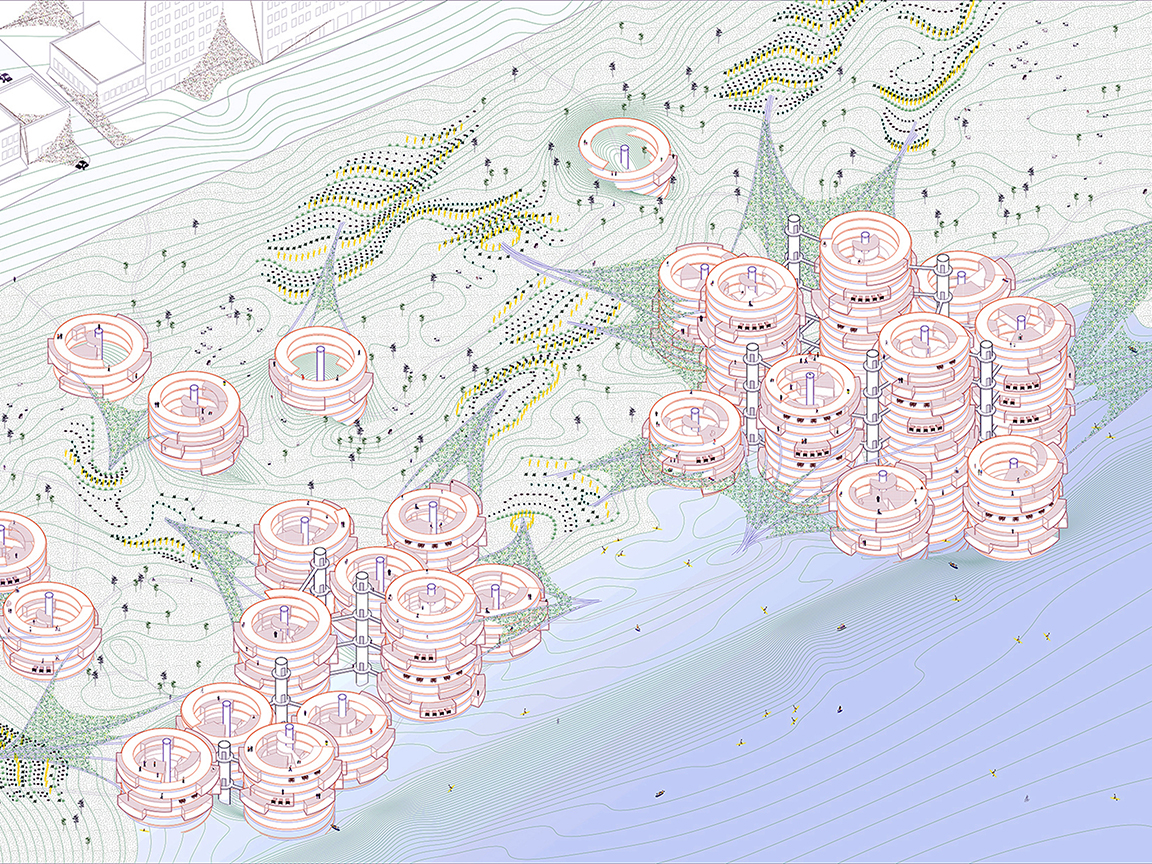 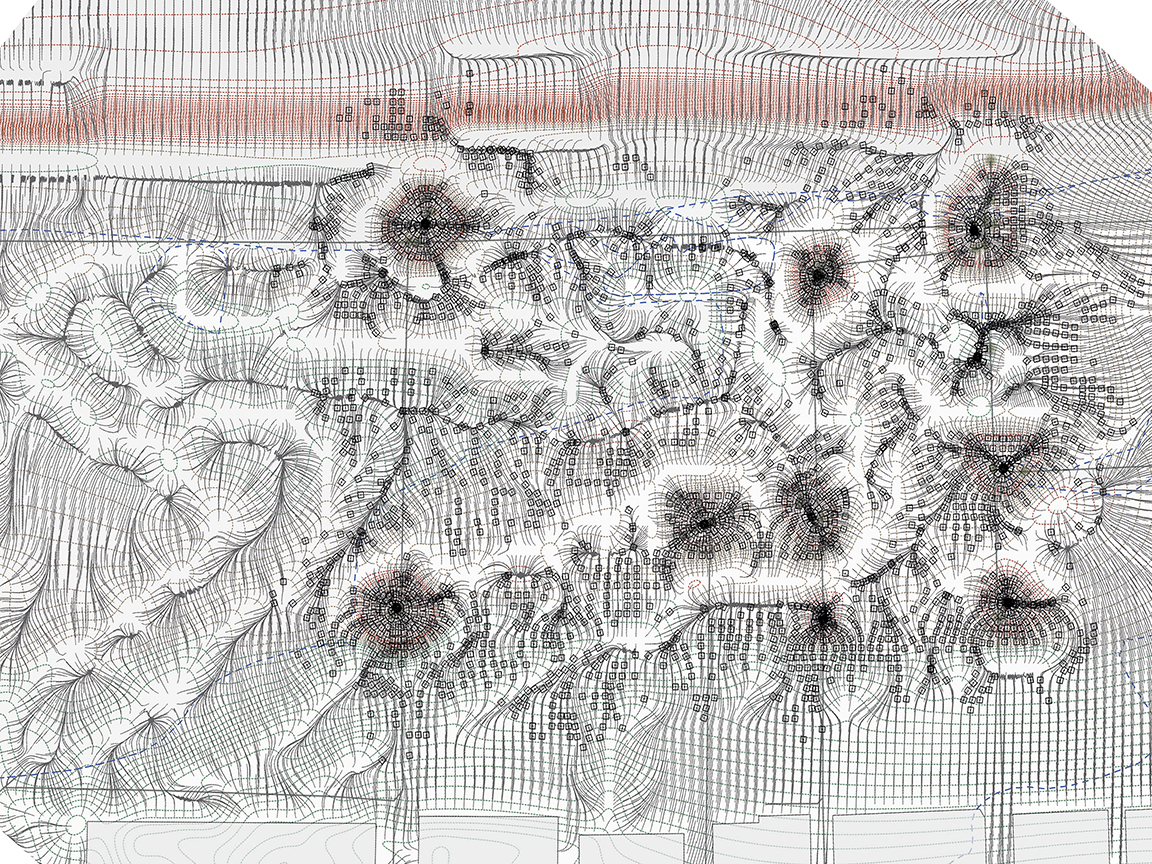 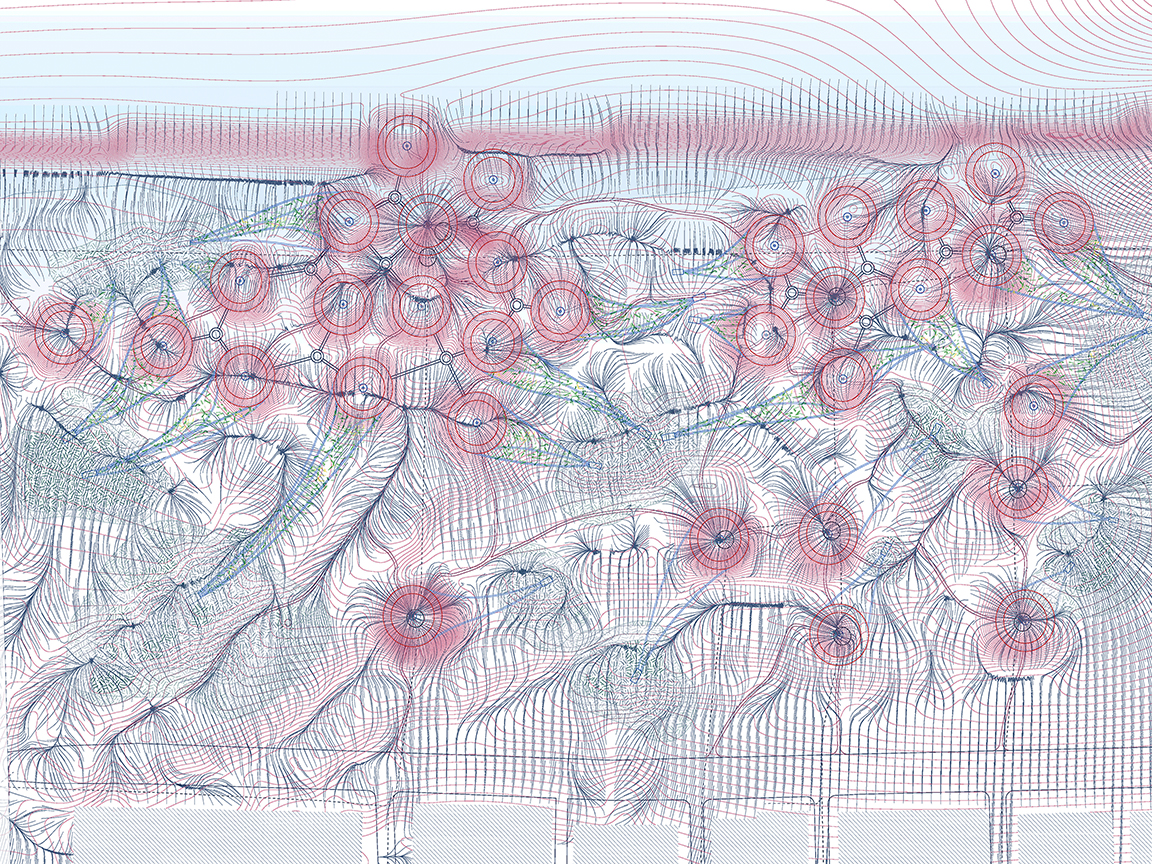 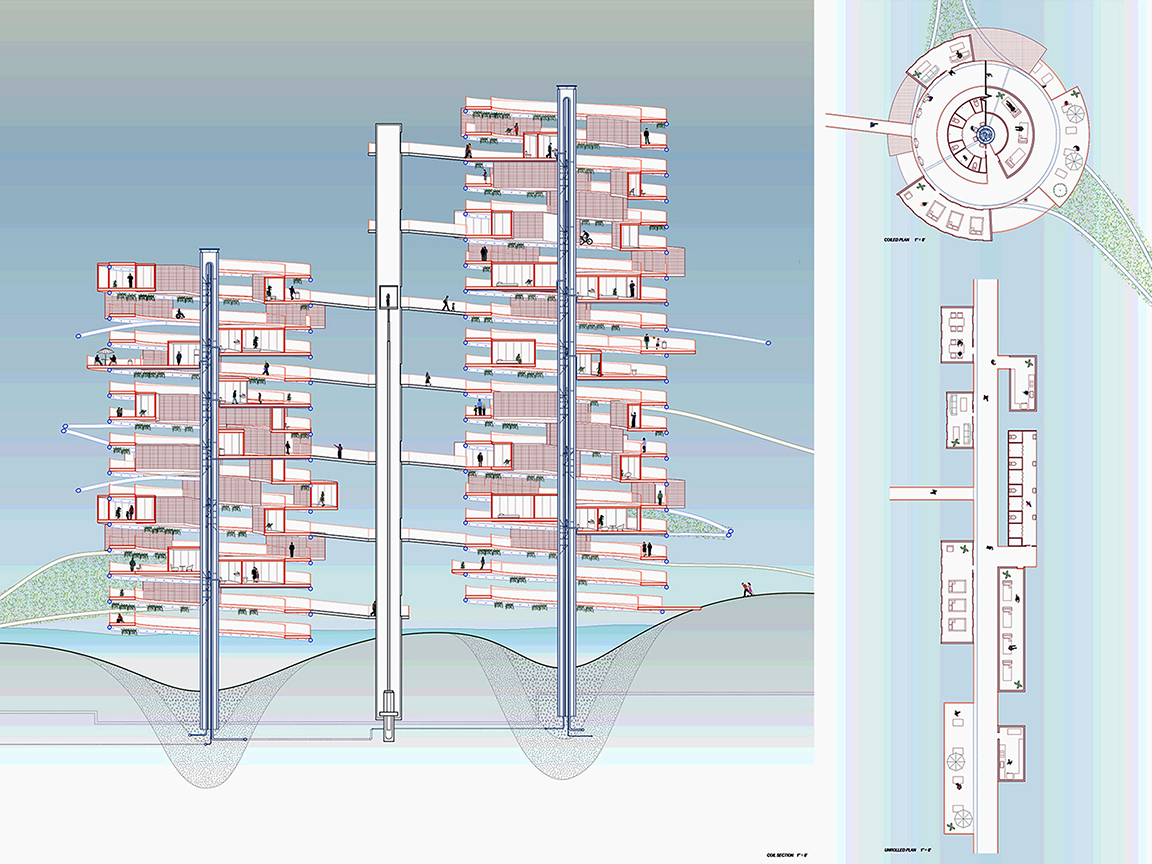 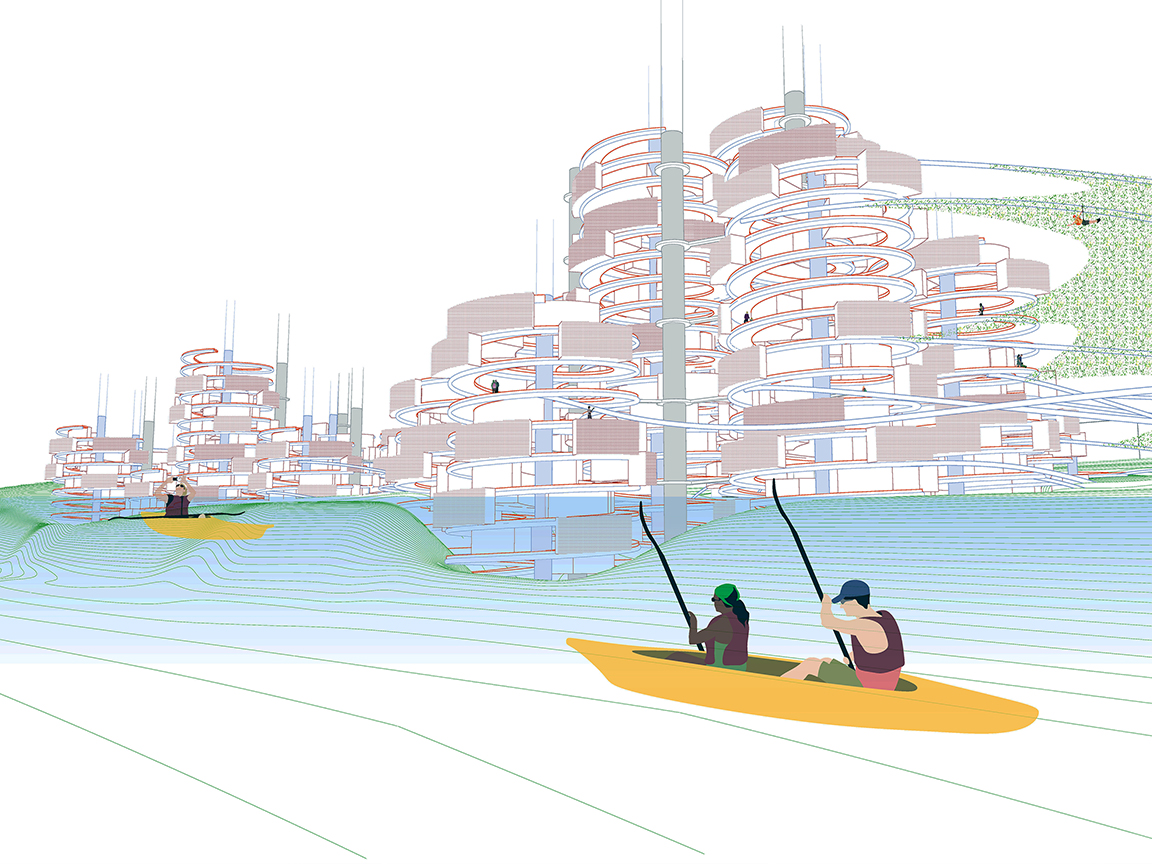 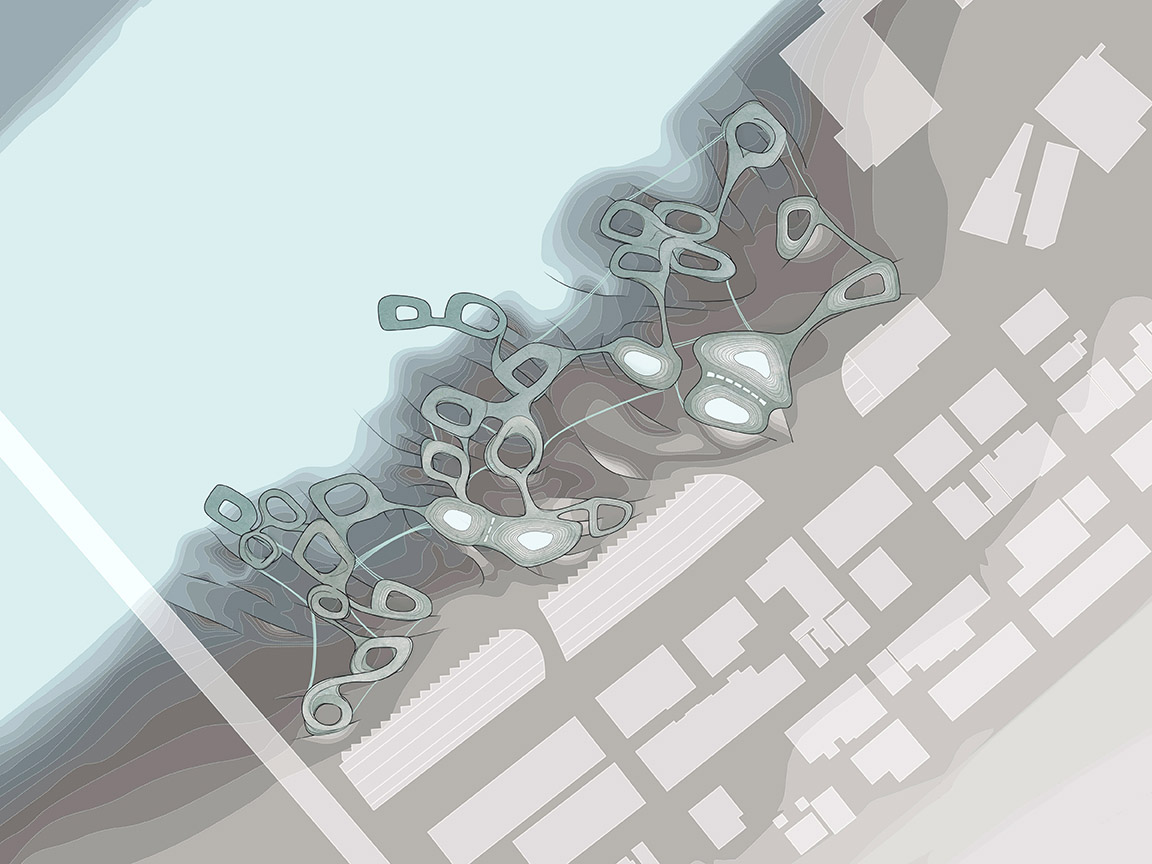 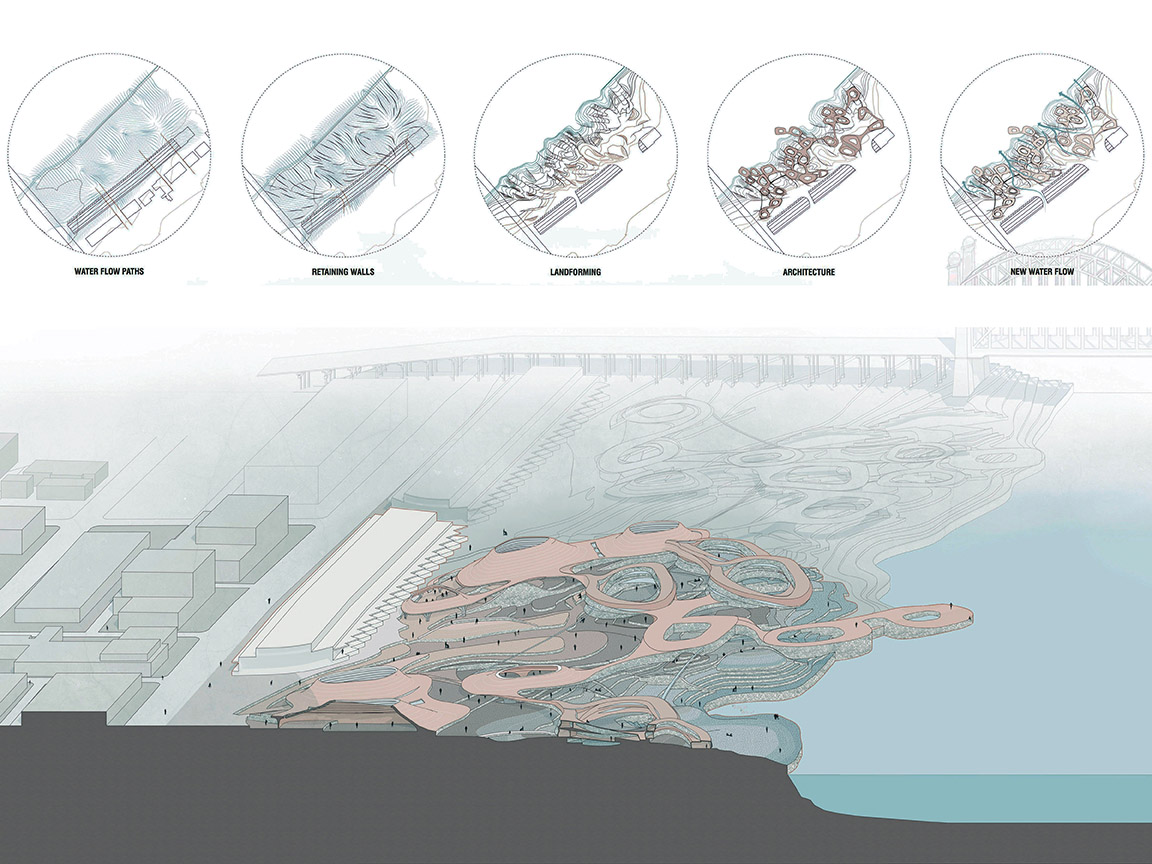 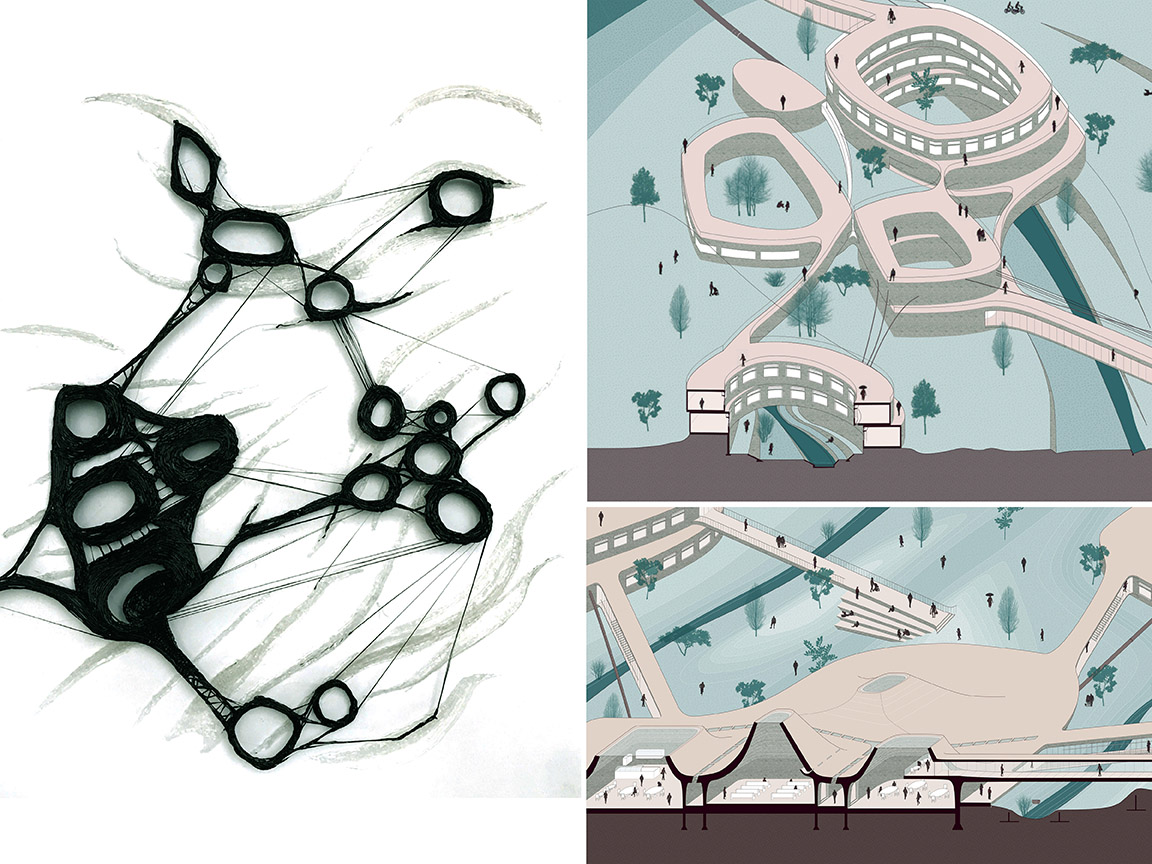 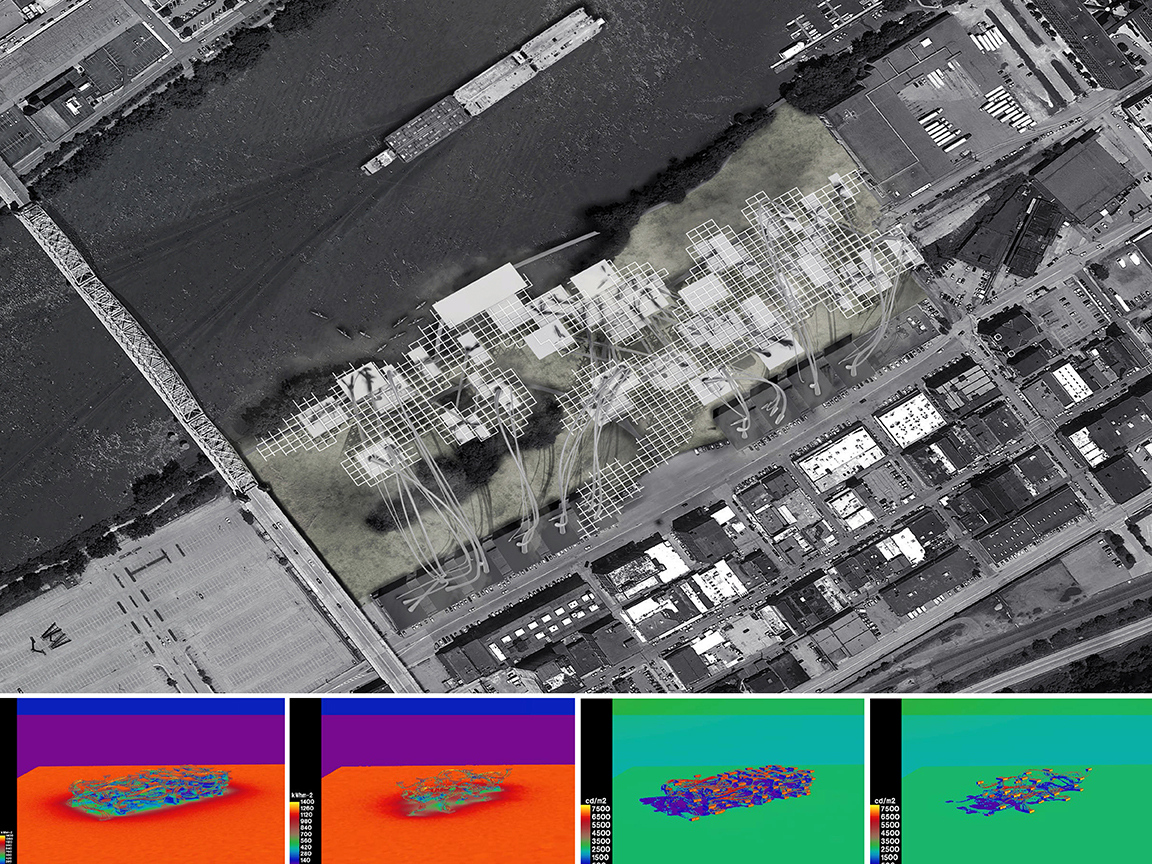 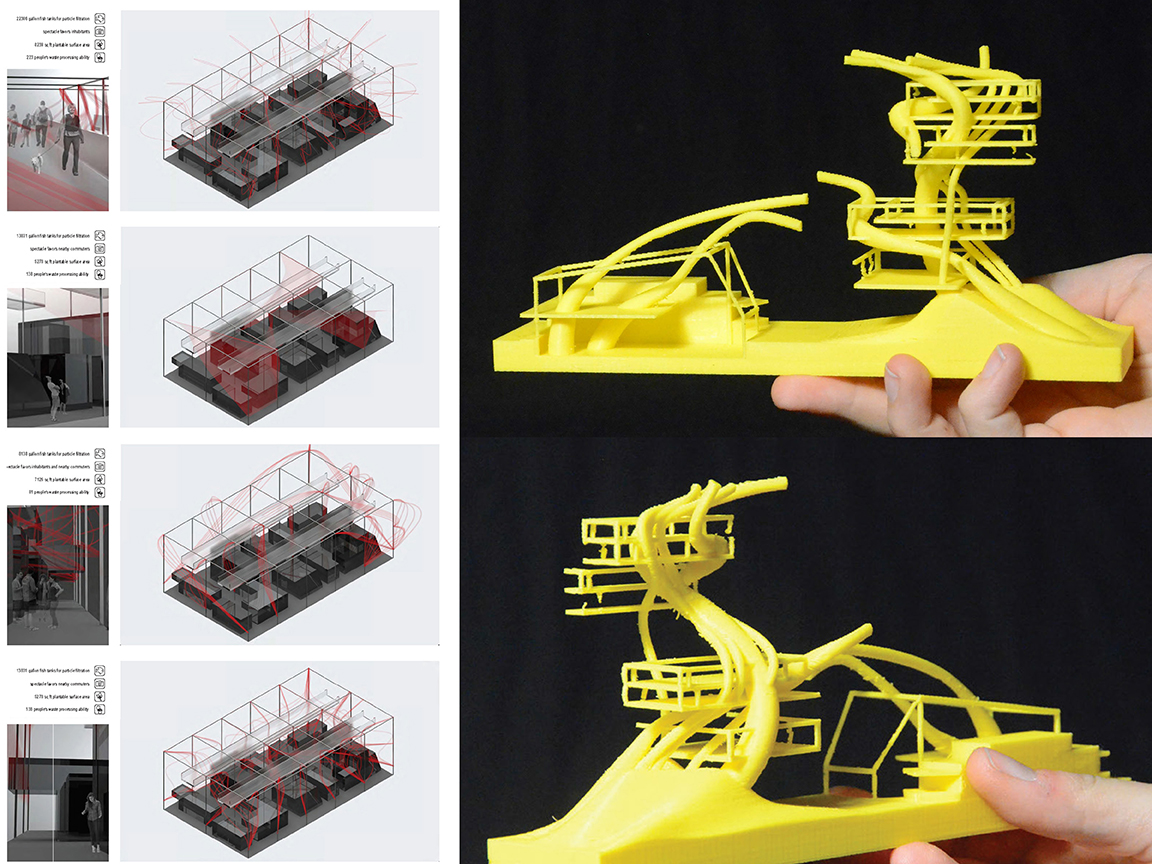 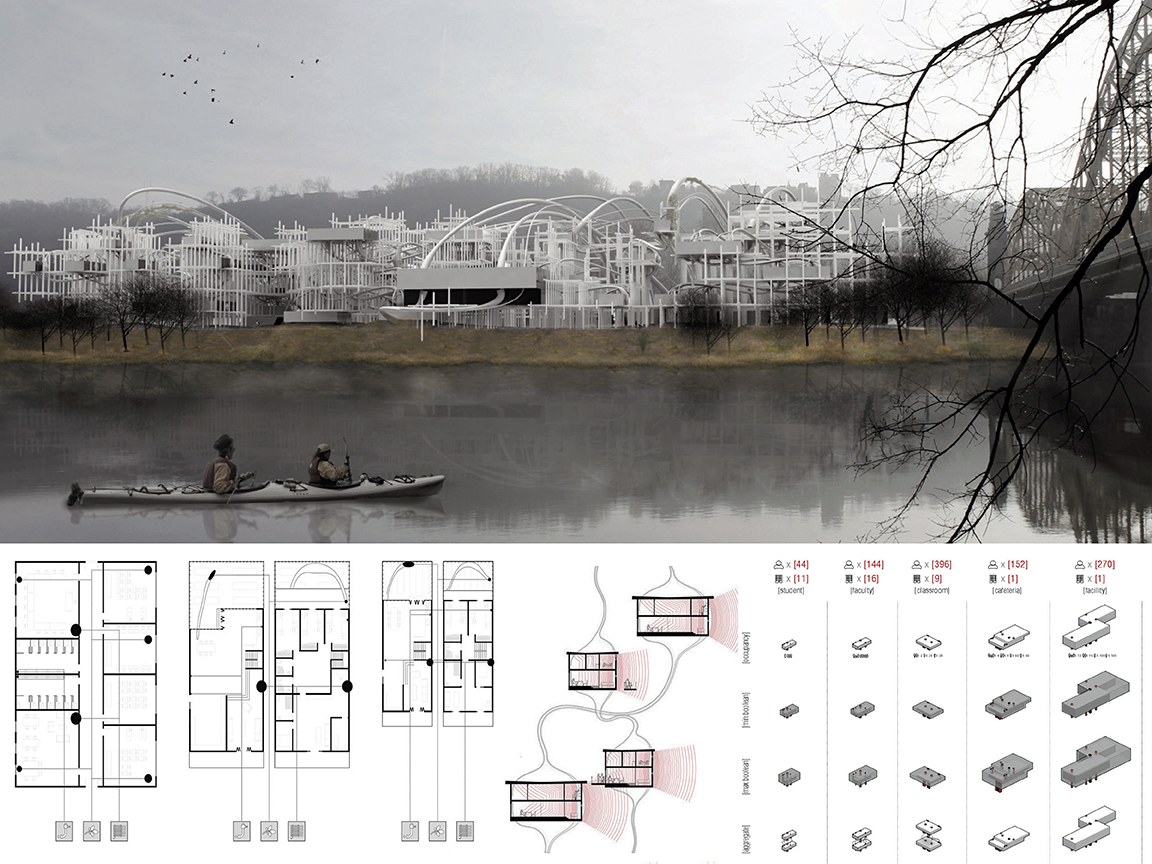 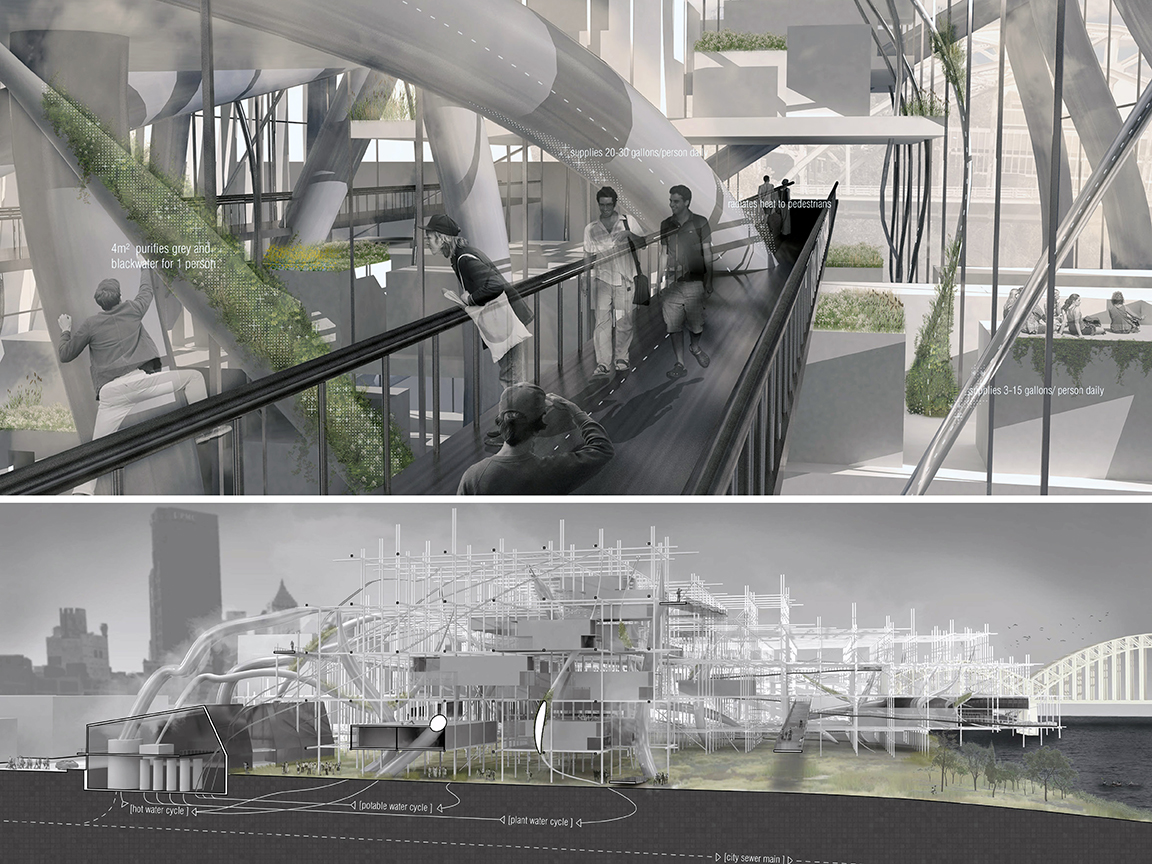 This studio is founded on a premise that architecture is fundamentally a part of a larger planetary ecosystem. Initially, the studio is focused on understanding the larger ecology of the site, followed by a careful development of architectural objects and their aggregation at the urban scale. We negotiate spatial relationships among the site, water infrastructure, local ecologies and a proposed architectural tectonics. Environment Form Feedback negotiates building forms and their organization within its urban and ecological landscape. By engaging environmental patterns and identifying micro-climatic behaviors such as airflow, daylighting and water flow in early design stages, we move towards the design of discrete city forms and architectural interventions that translate across scales to give new shape to the contemporary city edge. Through a semester-long design project, students are introduced to both analog and computationally-based design techniques that integrate form-making with environmental simulation, in search of individualized architectural language.