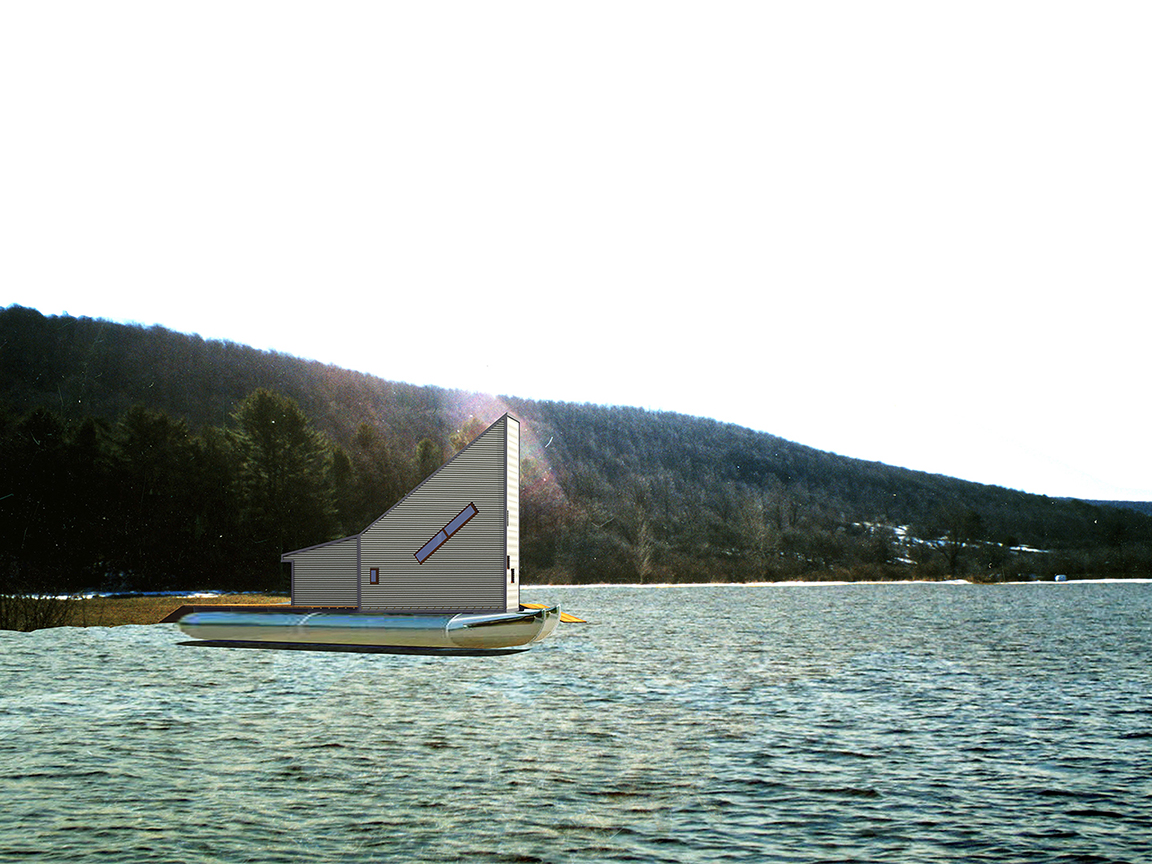 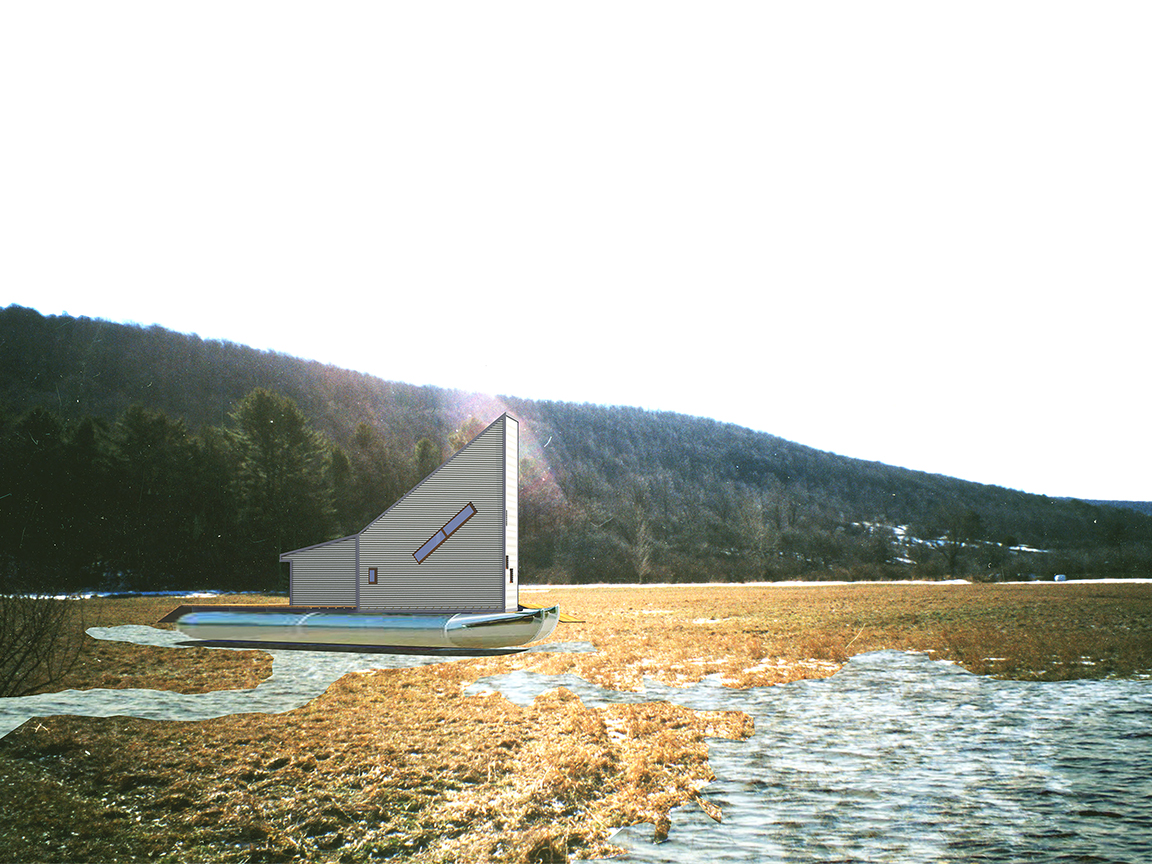 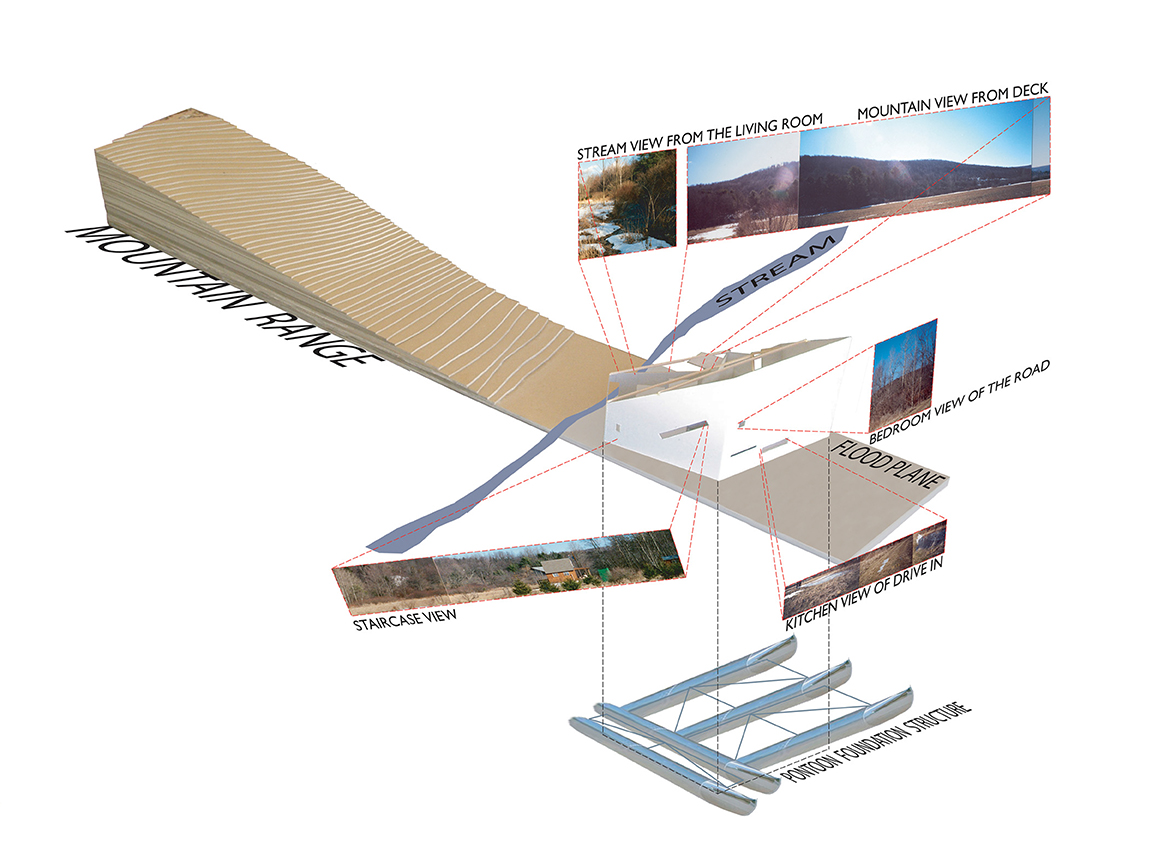 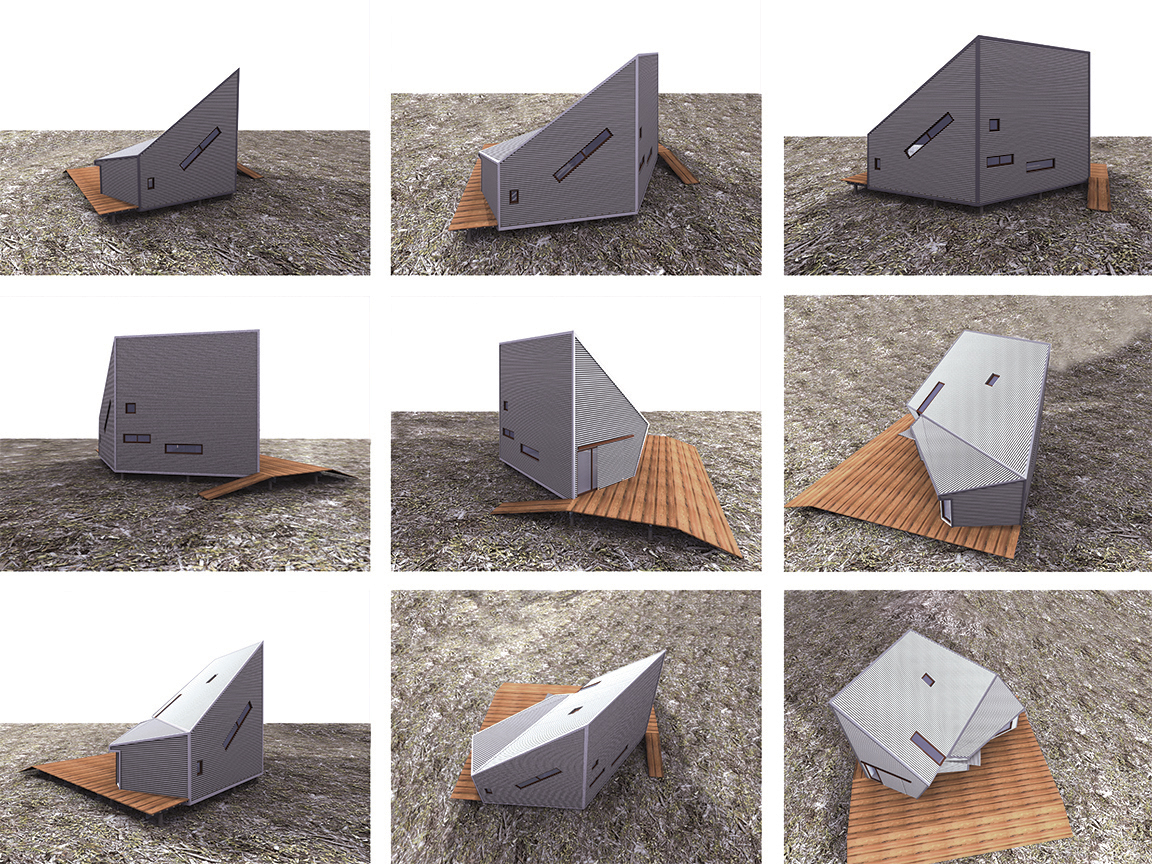 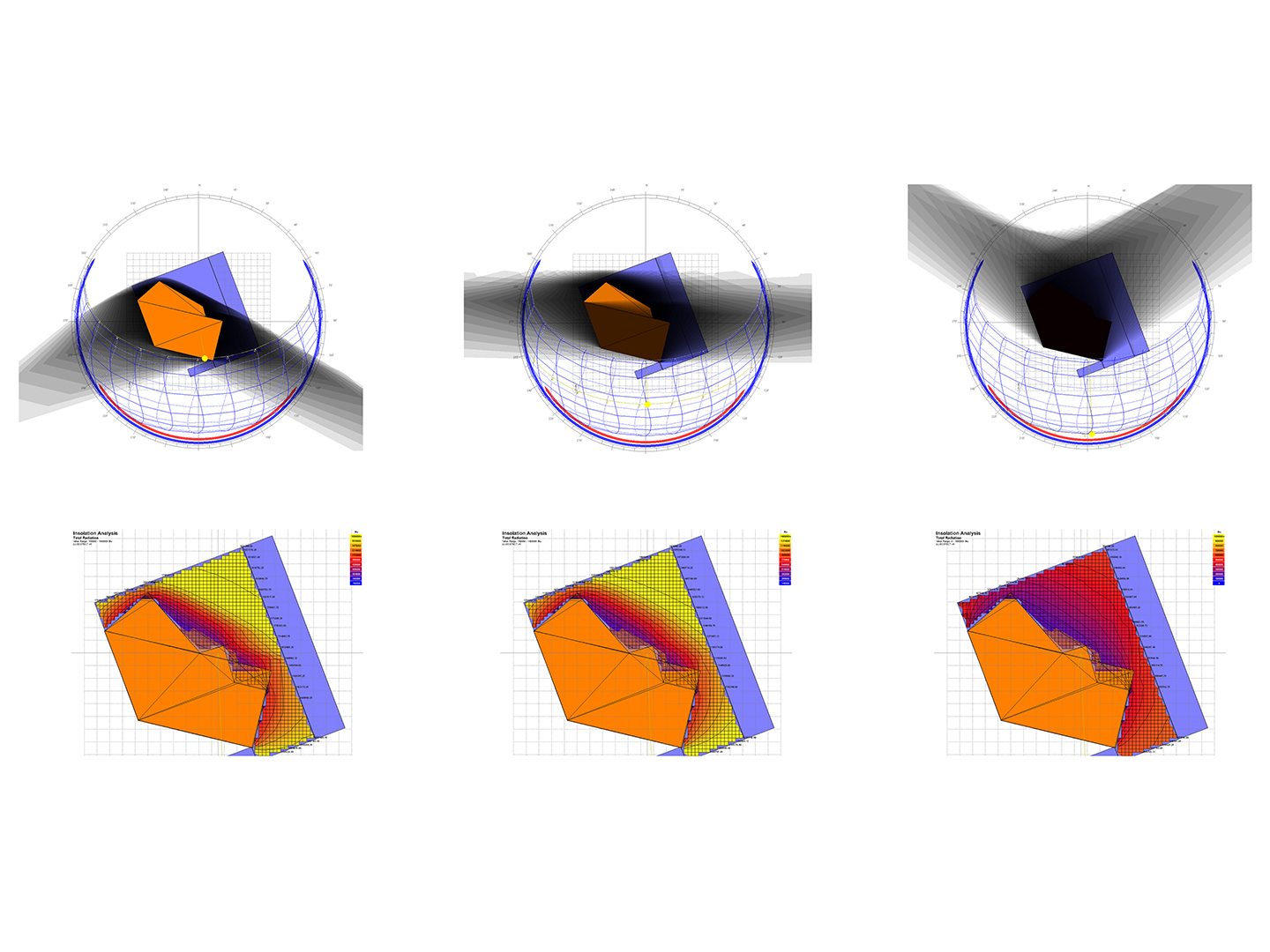 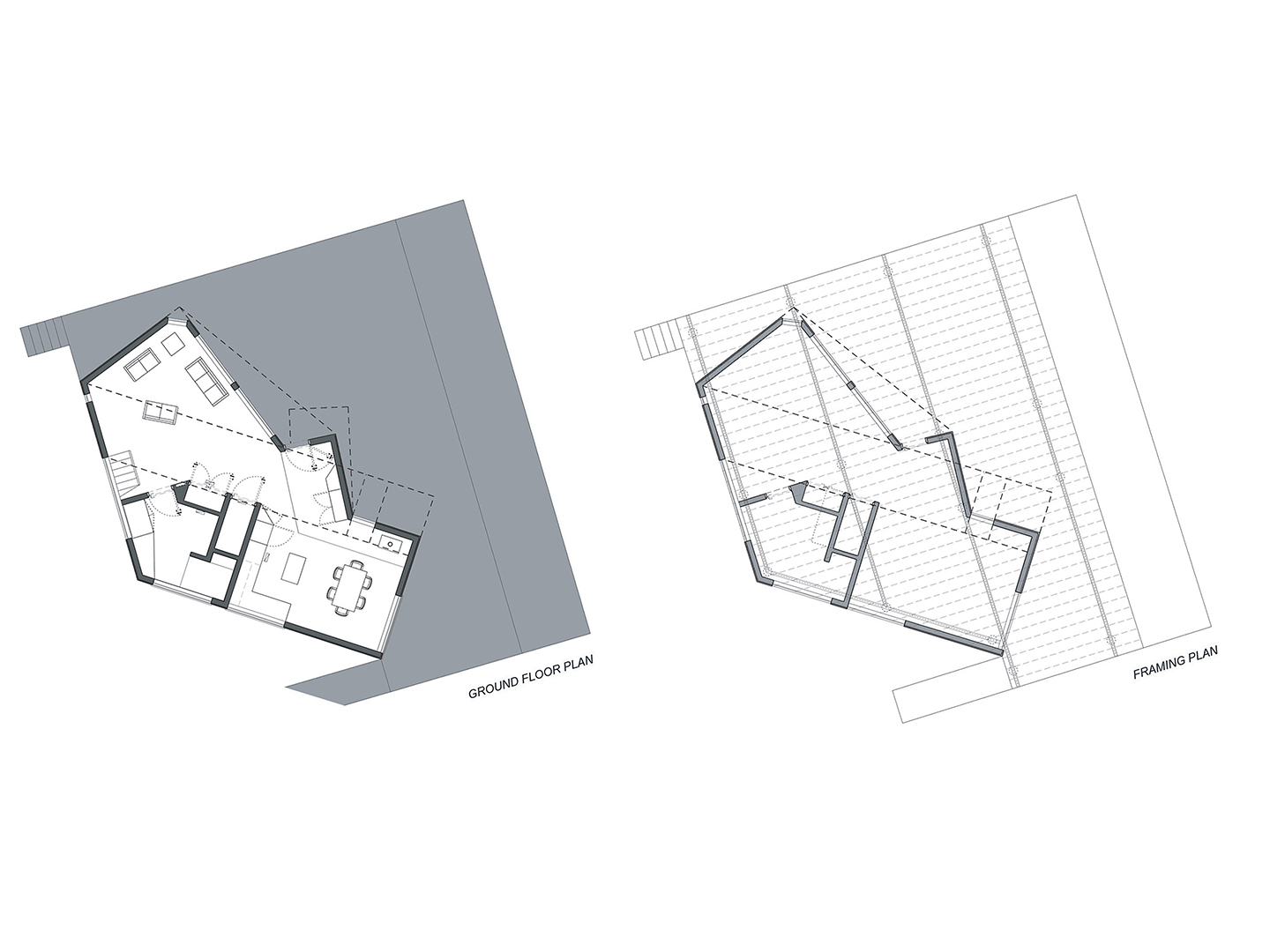 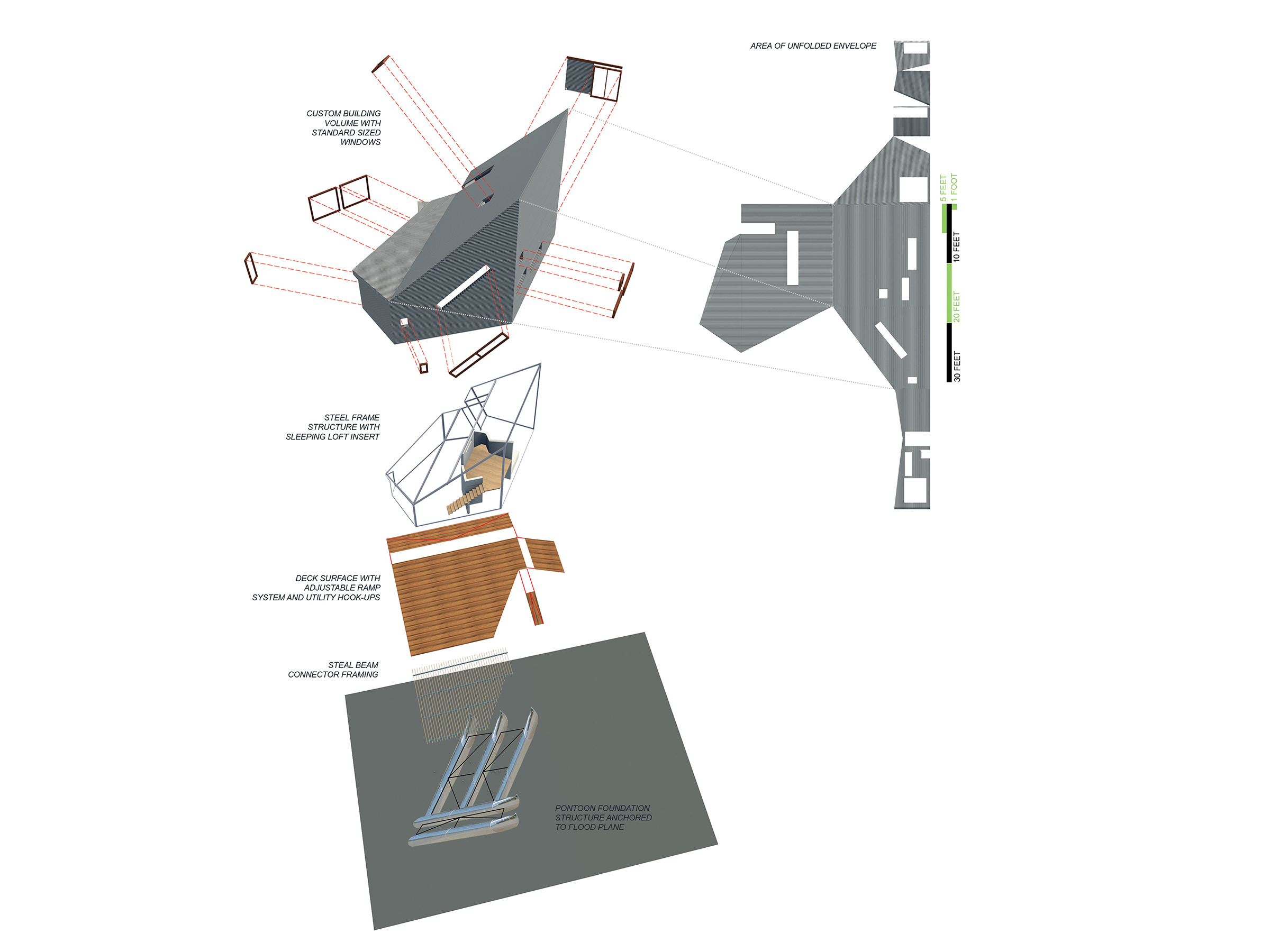 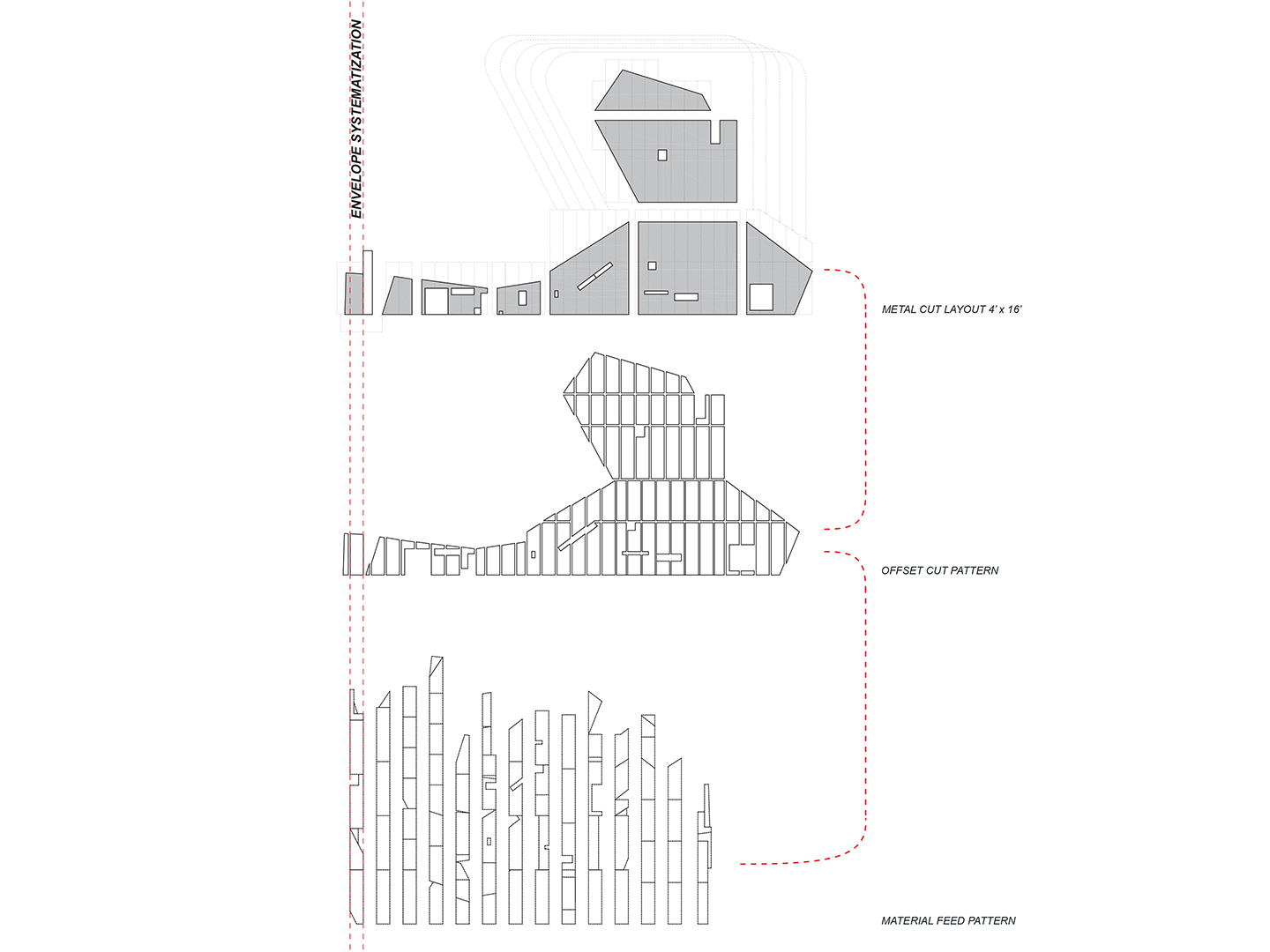 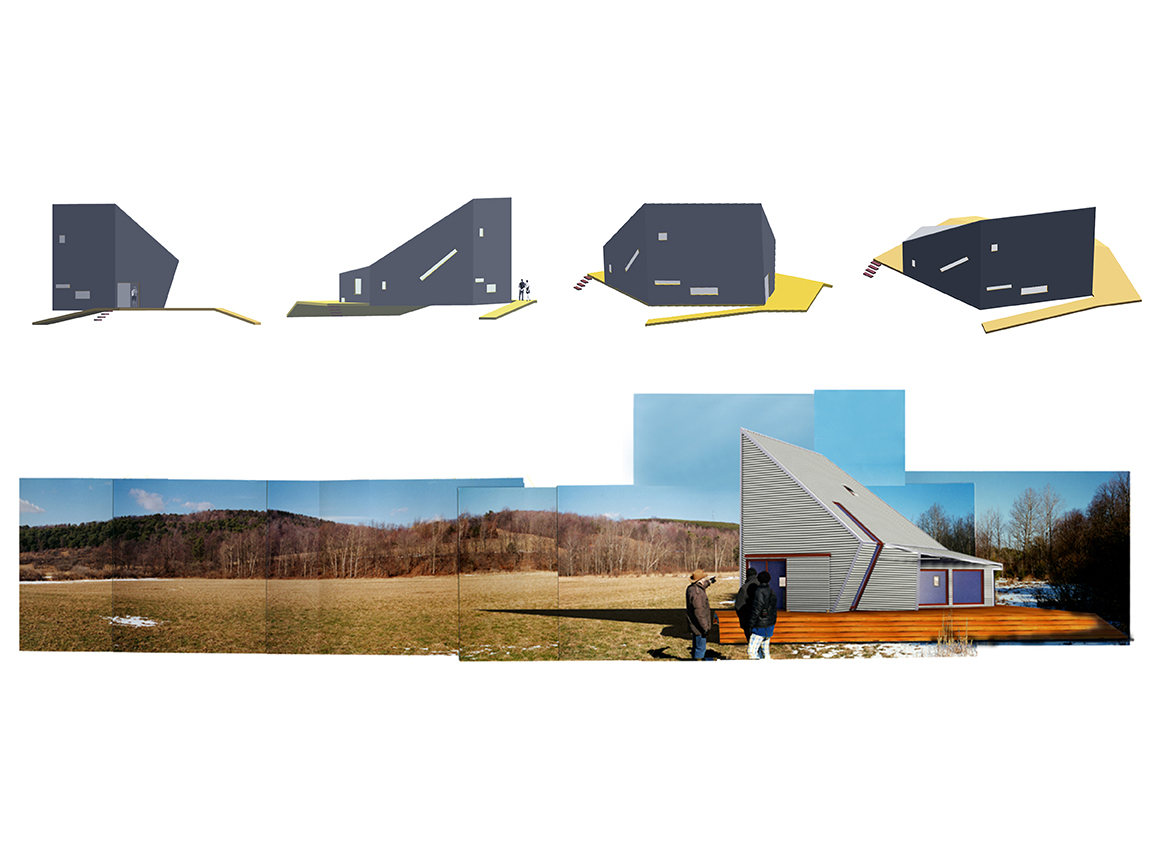 The Flood Plane House house is a proposal for a low budget weekend house in the Catskill region of upstate New York. The house is sited on a 20 acre property in the middle of a valley previously used as a pasture with views of hills and large expanses of open land. The house was designed in response to a client’s need for a comfortable small house that would meet local building codes and be suitable for an environment that periodically is subject to minor flooding and historically (every fifty years) is subject to major flooding. The proposal was developed with two alternatives for foundation: pontoons and piers. Pier-based foundation simply raises the house above the flood plane. The pontoon foundation floats the house when the water rises. They are filled with water which acts like a ballast to hold the foundation in place should strong winds occur. The ballast water is automatically released should the water level rise. The house is anchored with just enough slack so that there is only minor change in location or orientation.