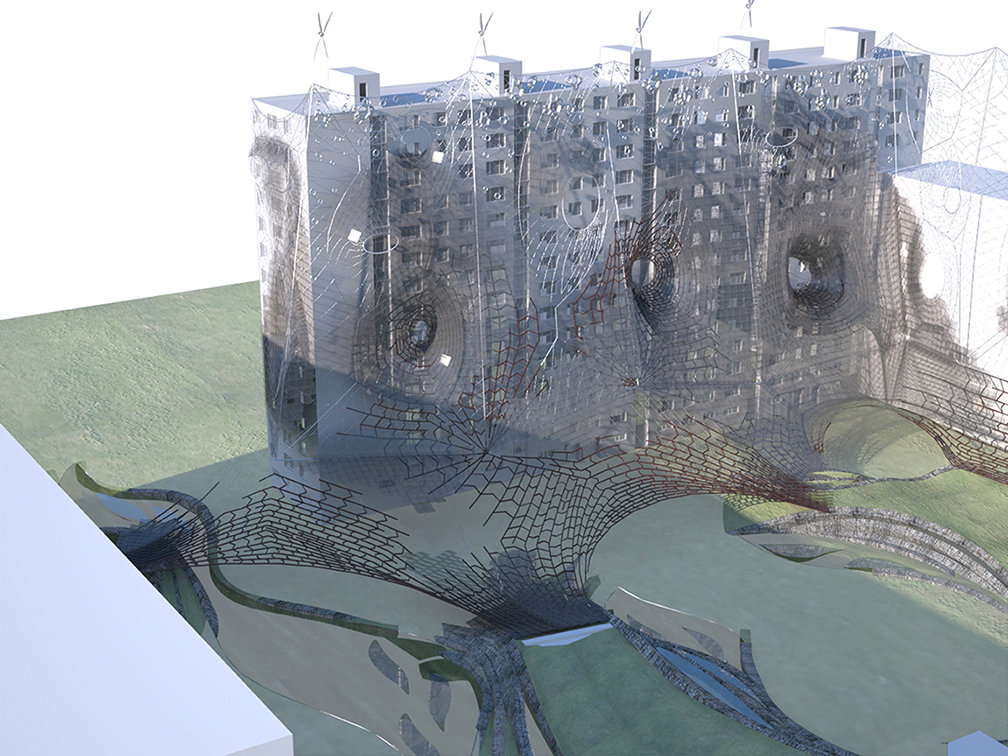 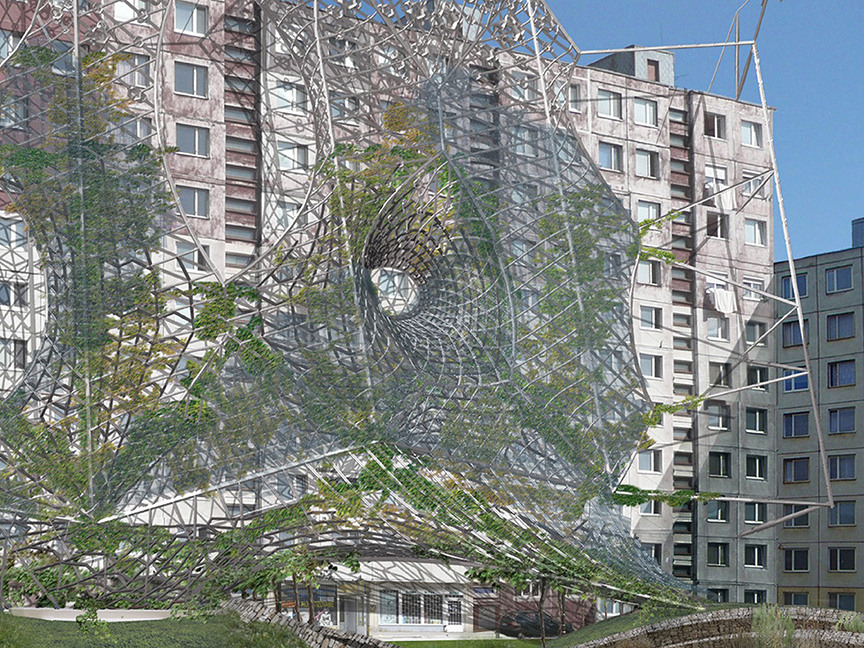 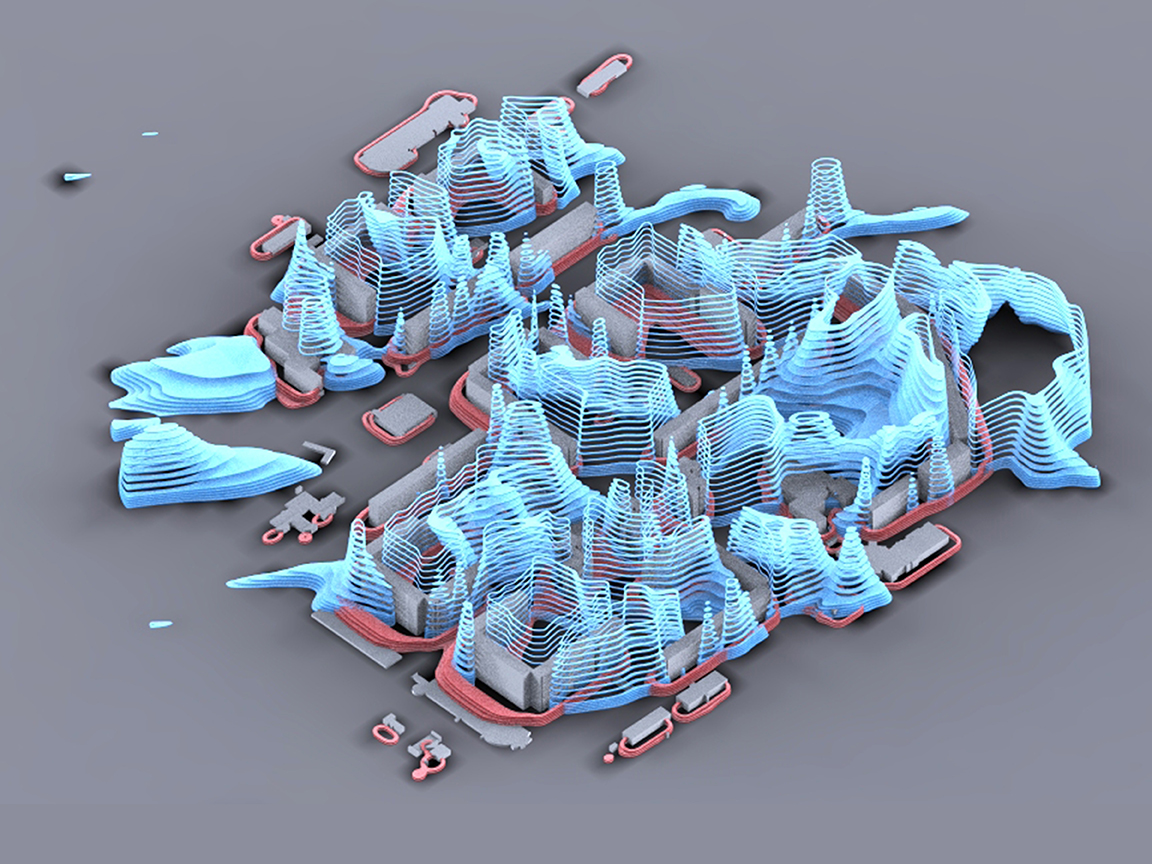 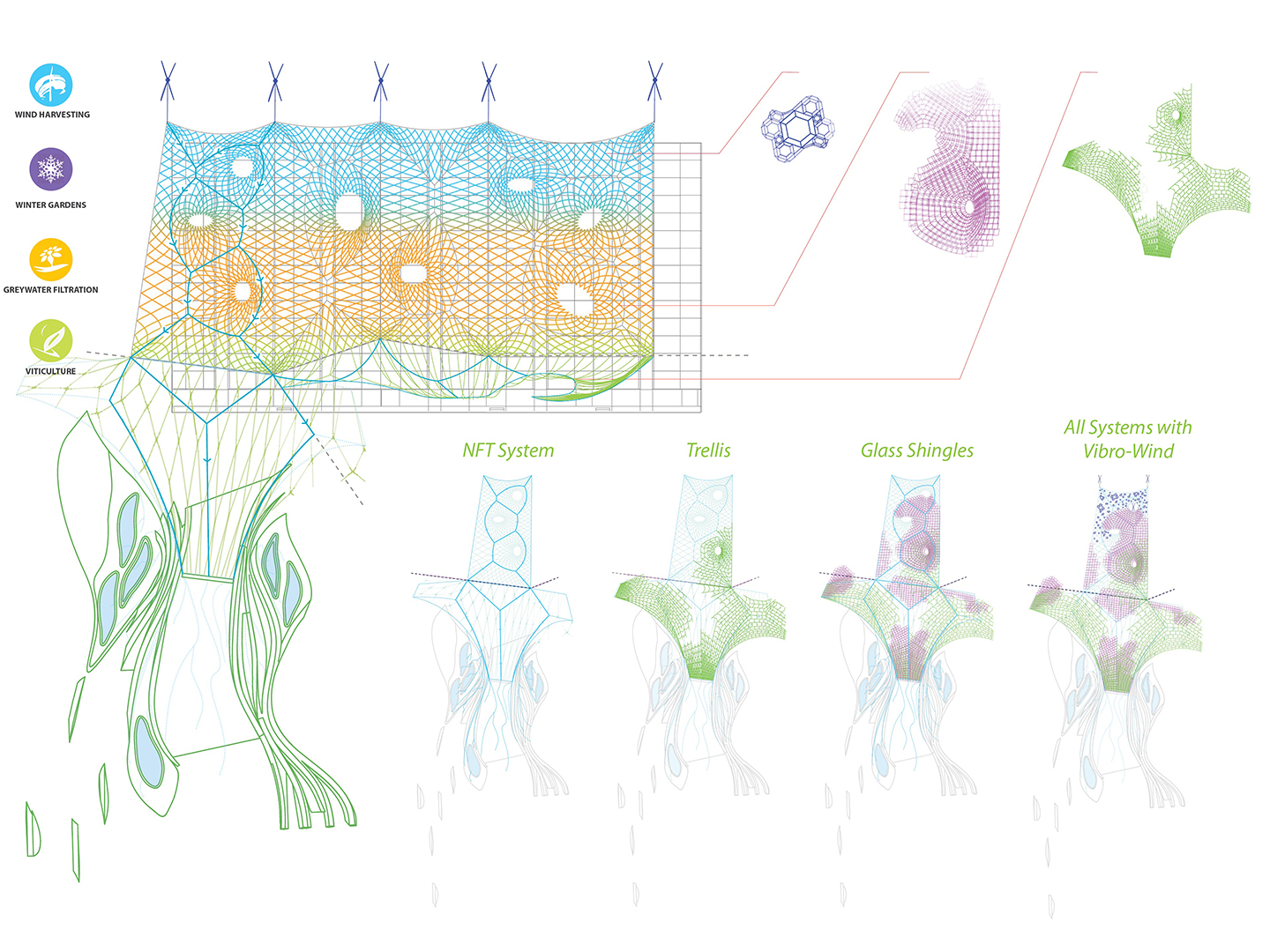 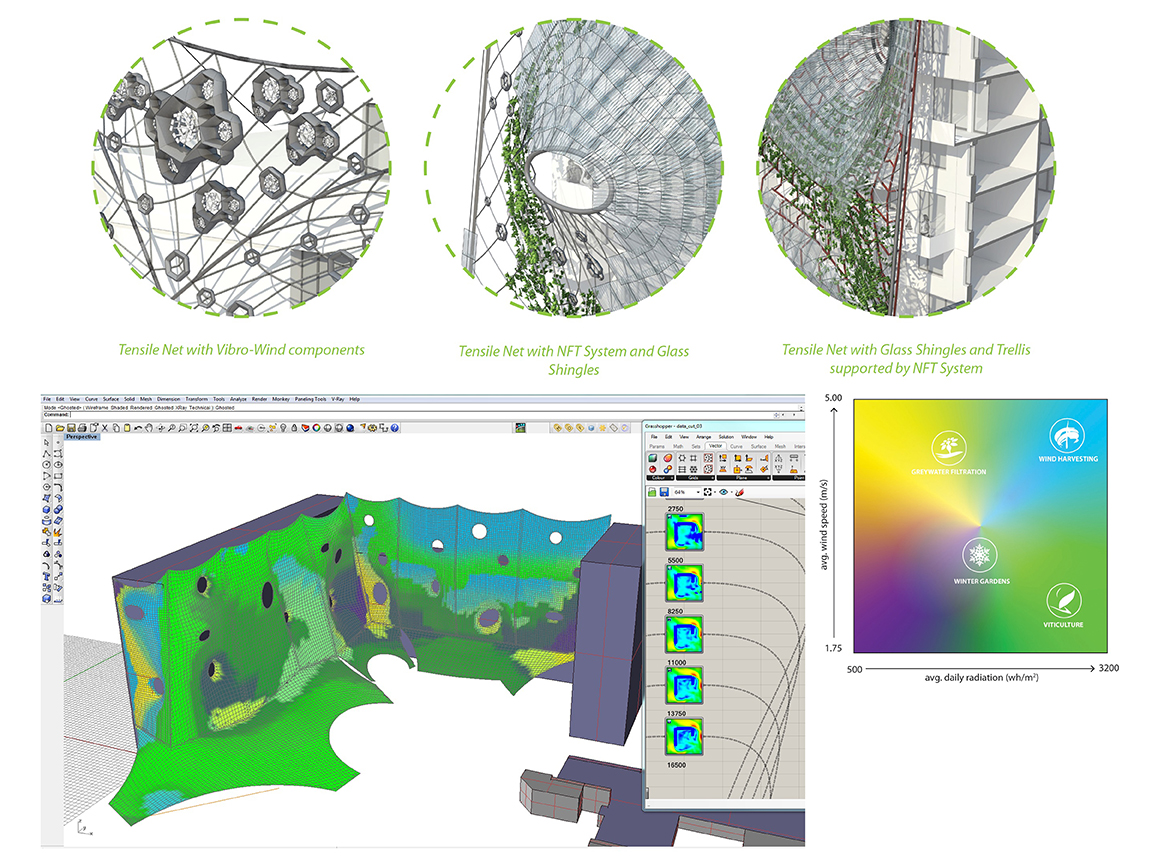 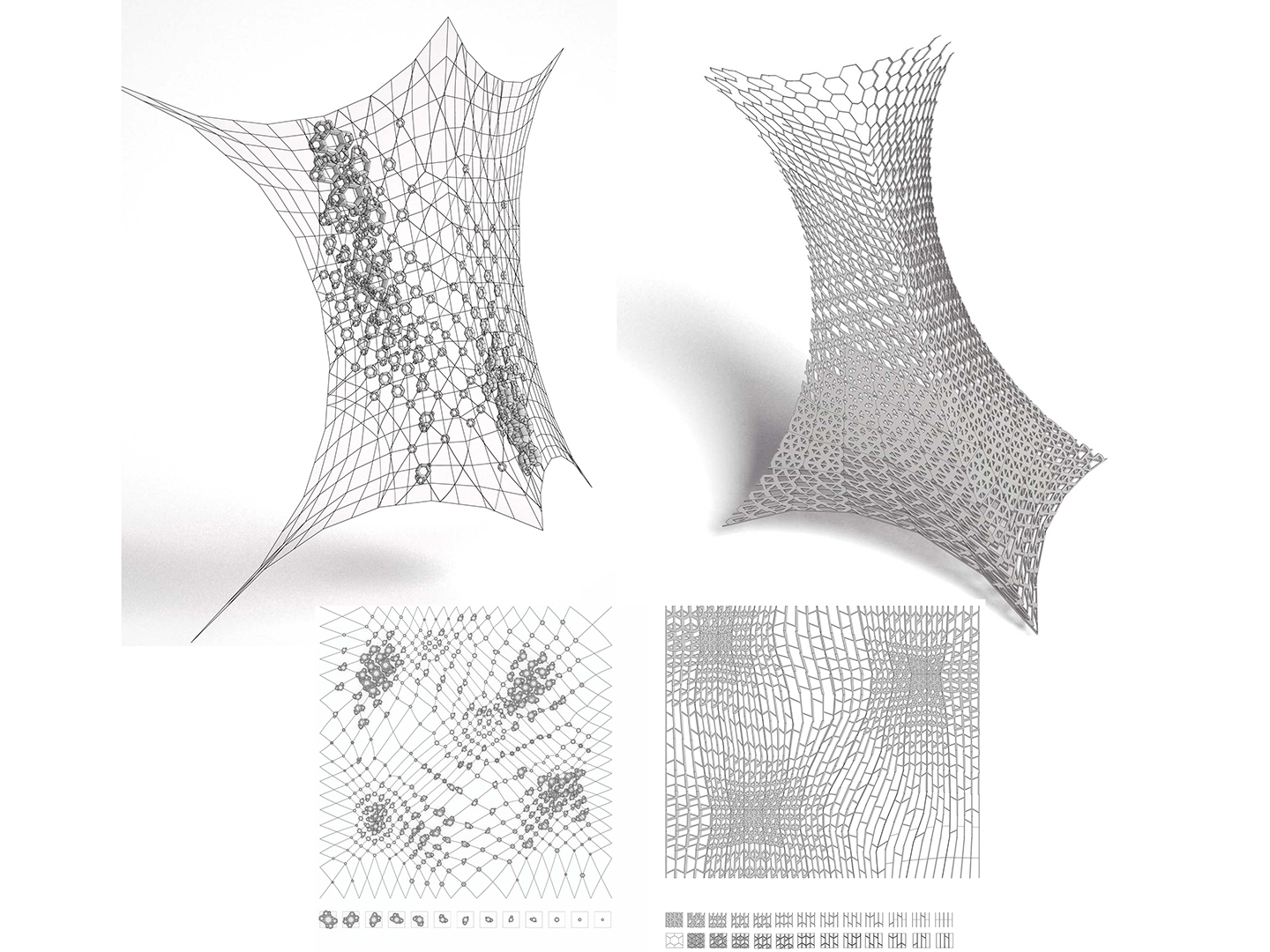 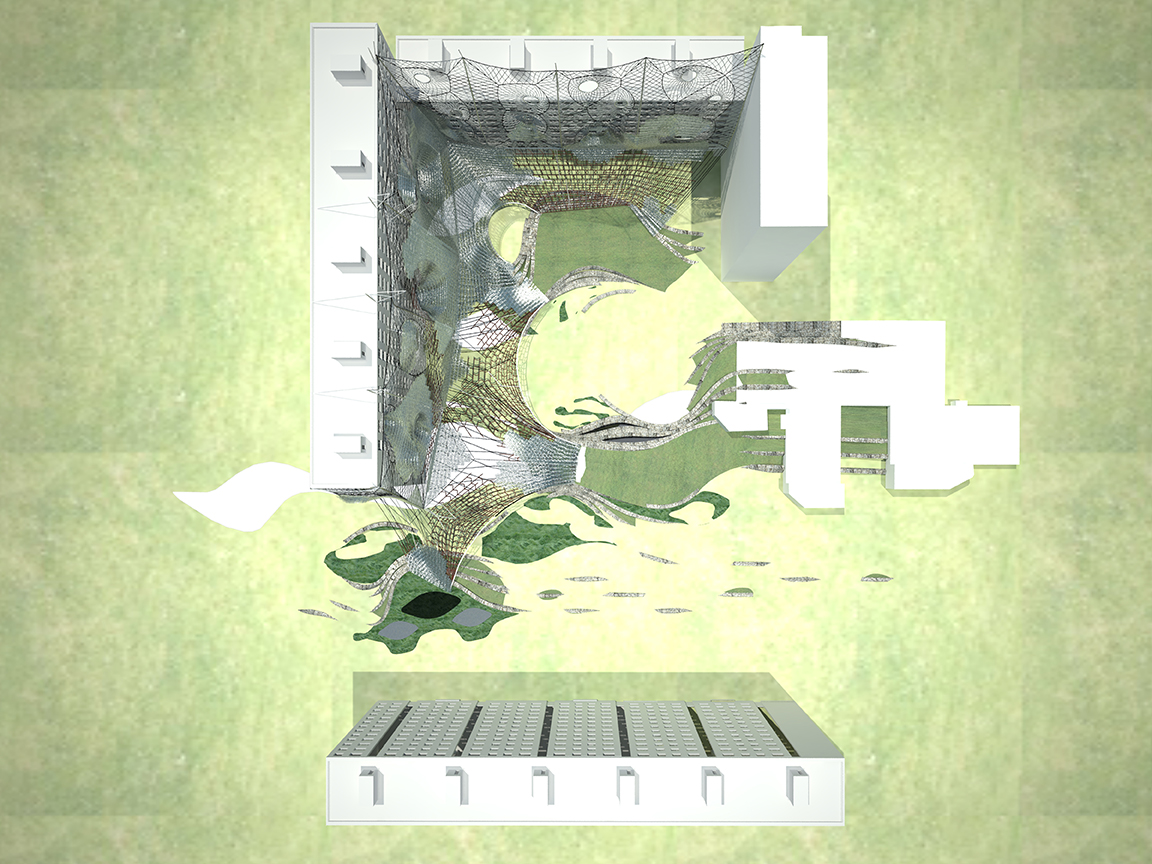 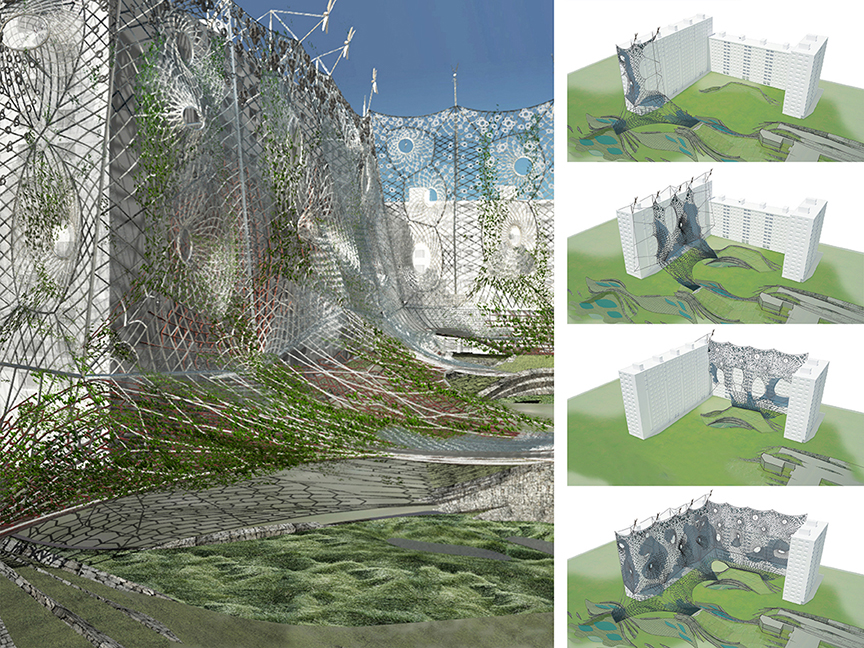 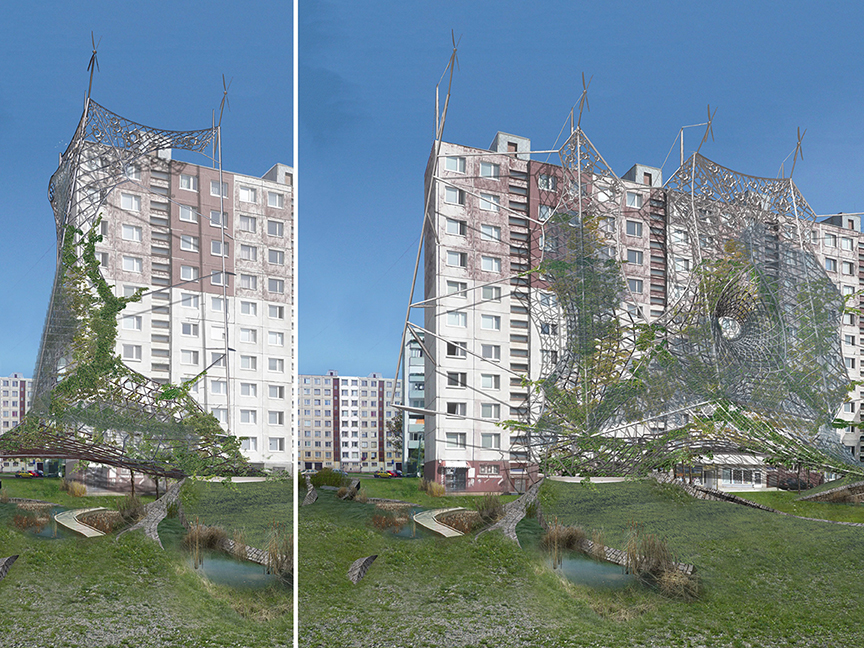 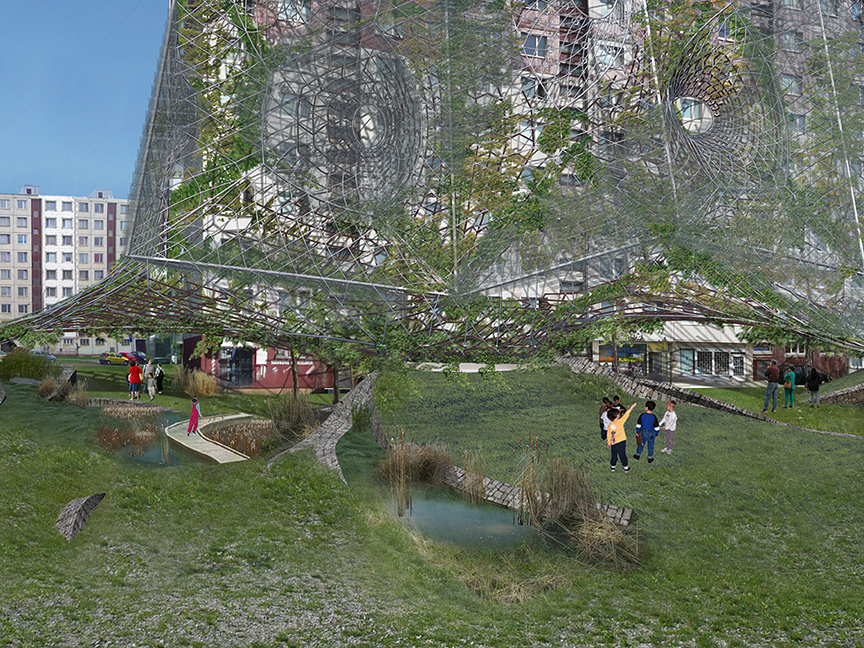 GREEN NEGLIGEE proposes an alternative sustainable approach to adaptive reuse in the Eastern European multi-family panelized housing blocks. The Negligee is an infused overlay, always revealing the body of the building blocks to different degrees. It is not an attempt to reconstruct the body itself, but rather to tap into its systemic character that connects the landscape and the building through new architectural figuration which enhances latent spatial, social and ecological conditions. The Green Negligee is a lightweight, secondary façade system that softens the boundary between the buildings and the landscape, as well as it hosts a variety of low maintenance quasi-naturalistic energy harvesting devices that, in their aggregation, create alternatives to installed building service systems, new social spaces, and opportunities for emergent biodiversity. It's goal is to leverage the embedded cultural desire for collective cultivation of the land, and the political and economic ad-hoc social conditions that have developed since the fall of communism, to create a system that can be used to engender a new sustainable future for the Petržalka district.