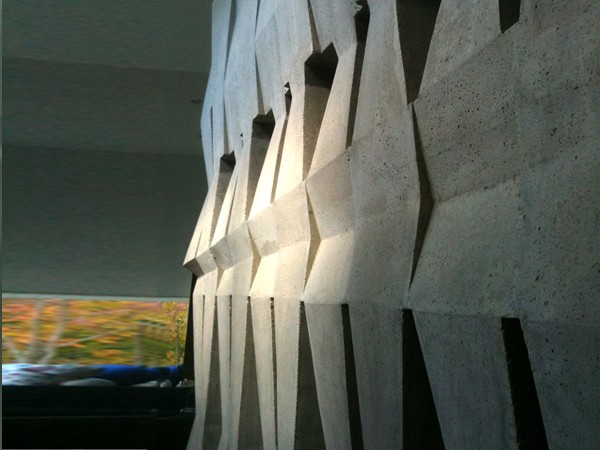 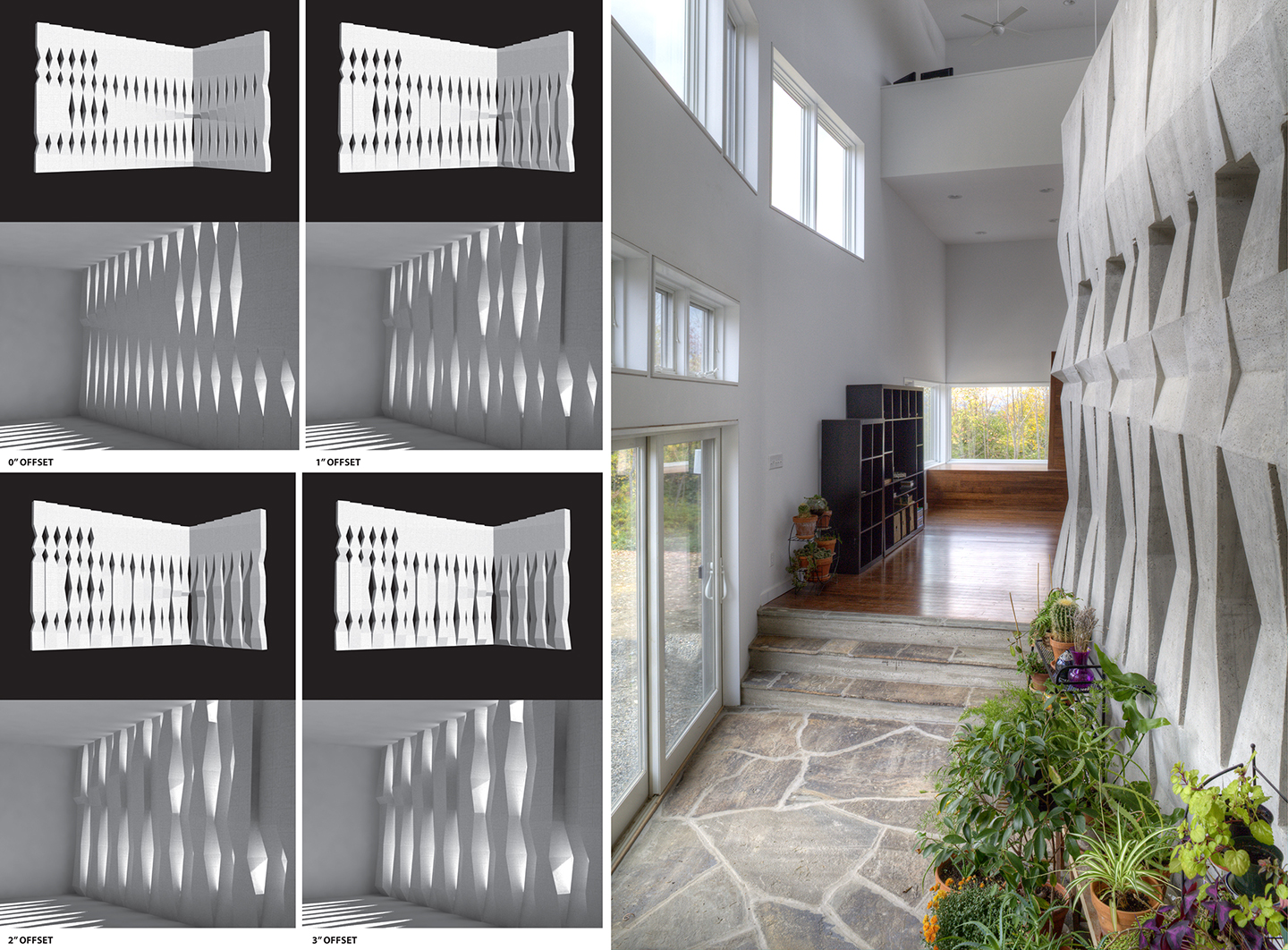 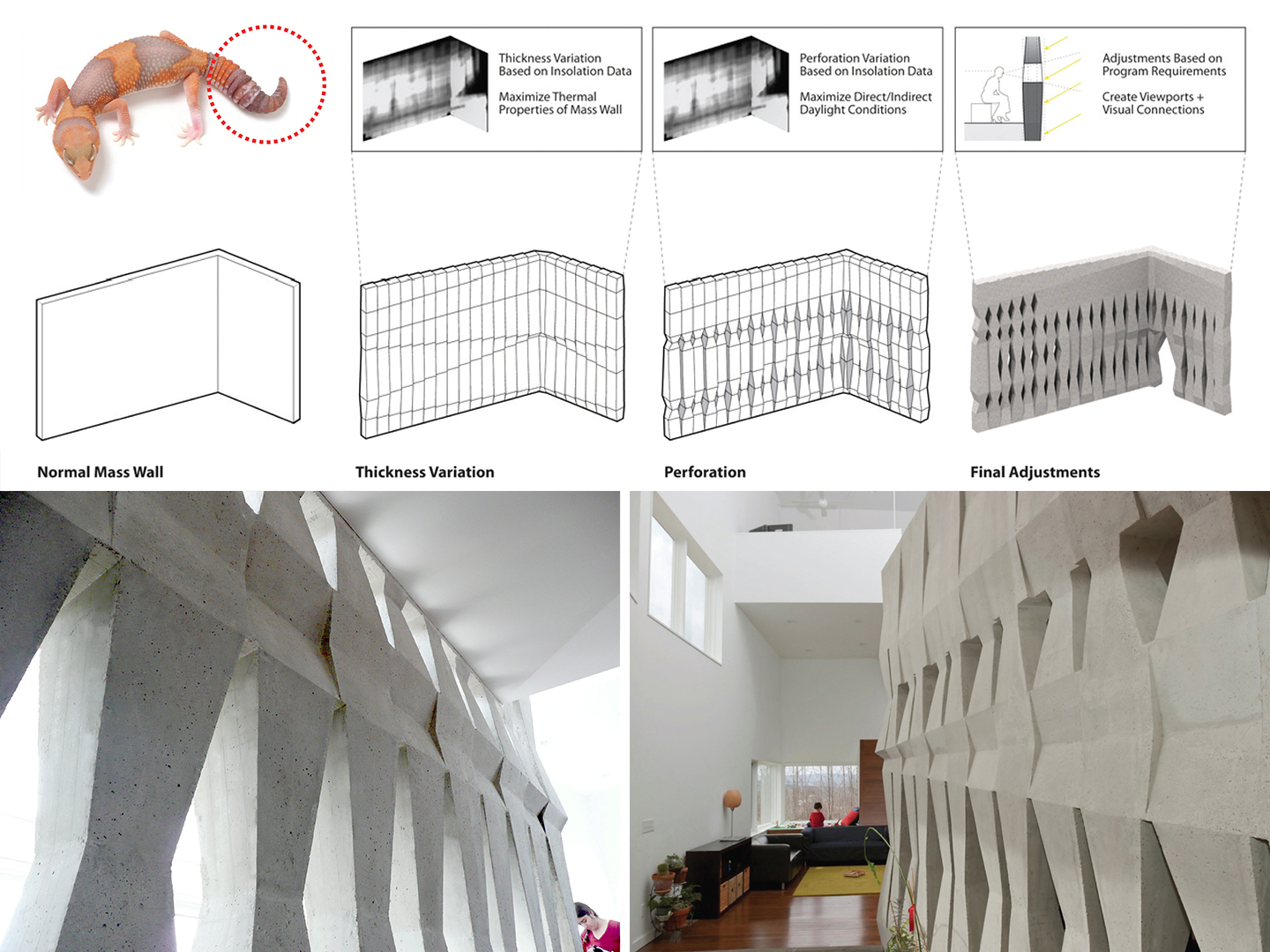 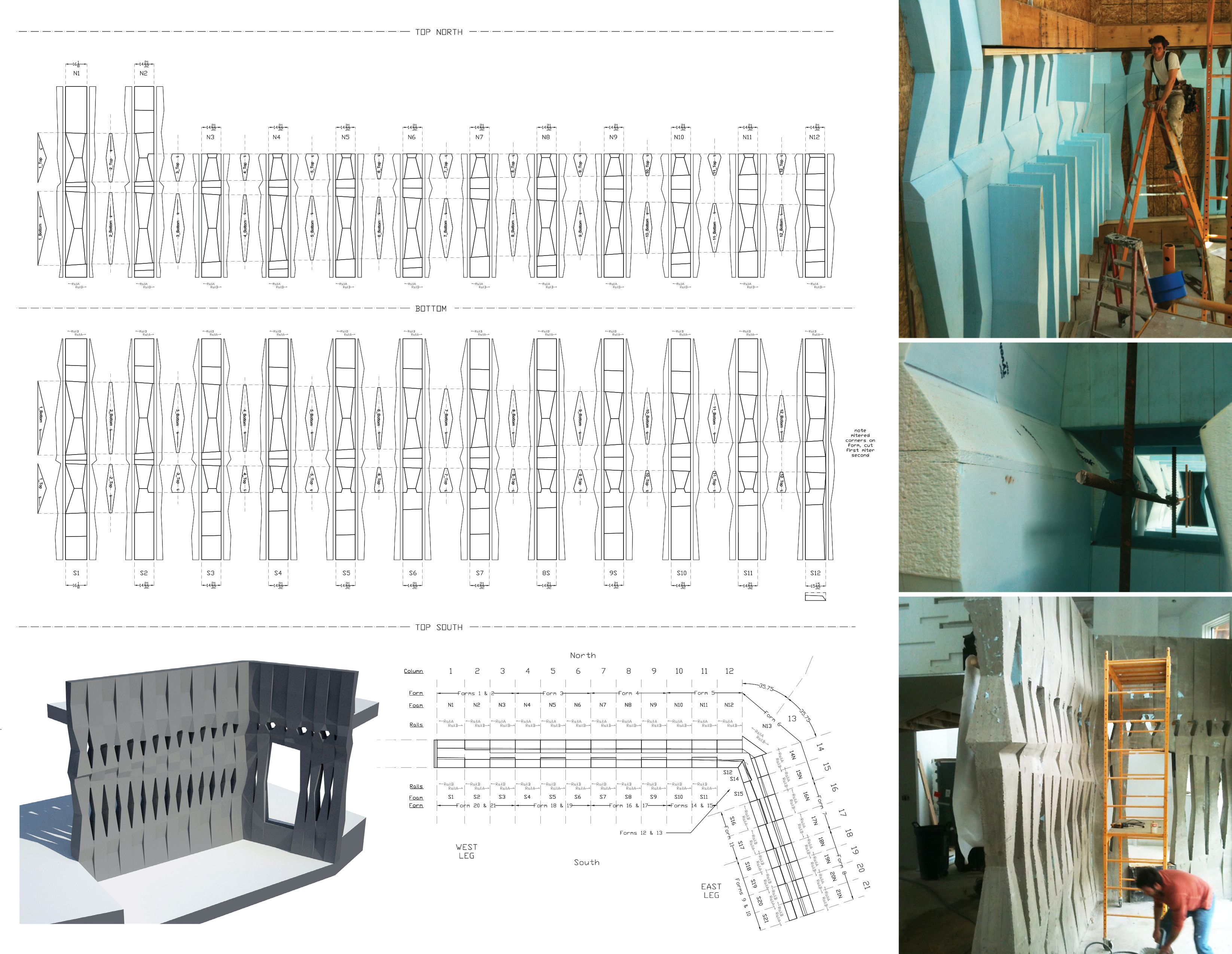 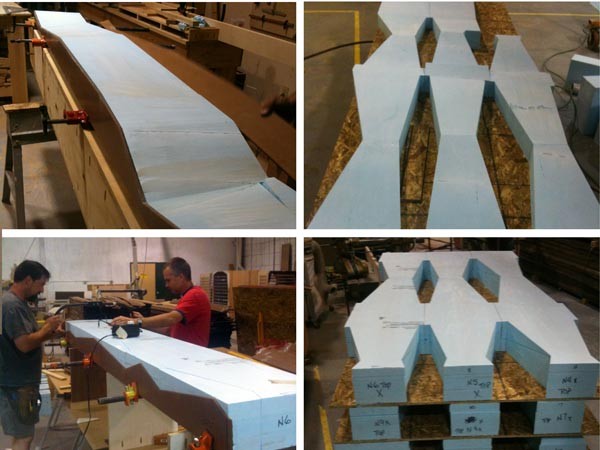 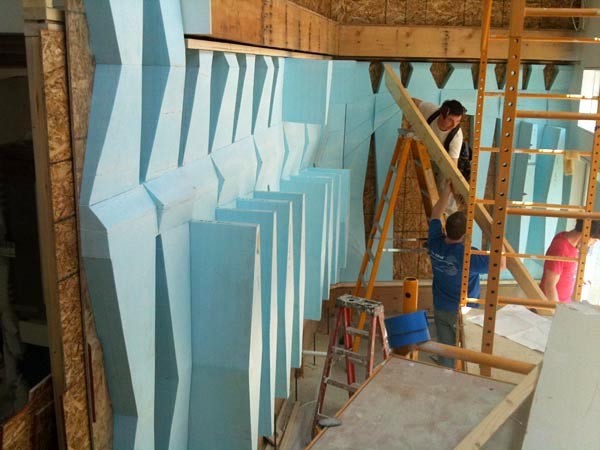 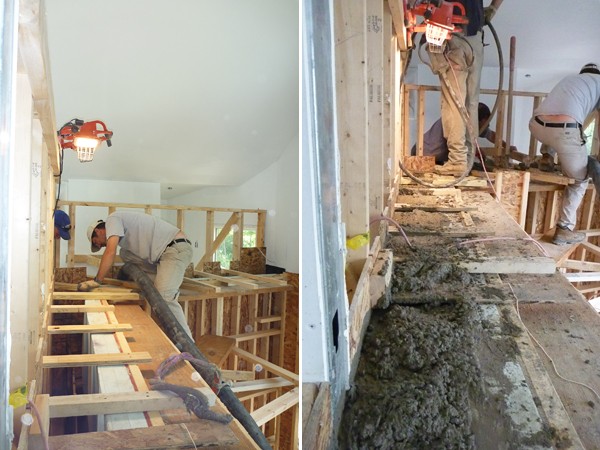 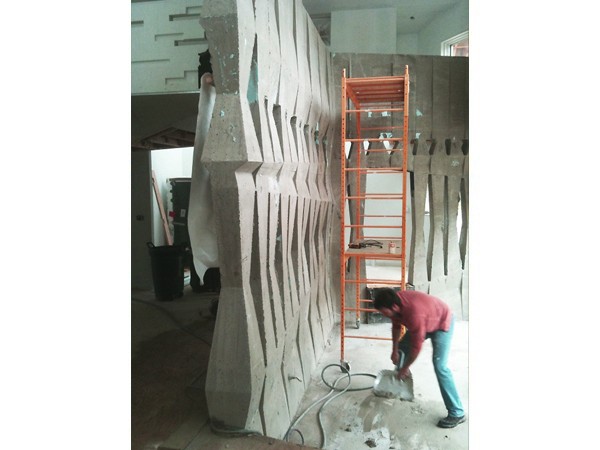 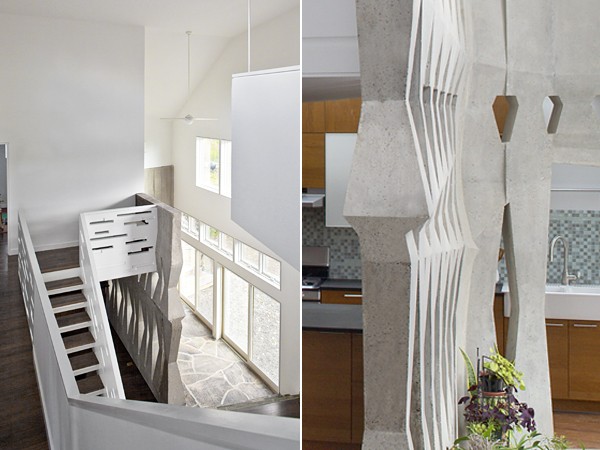 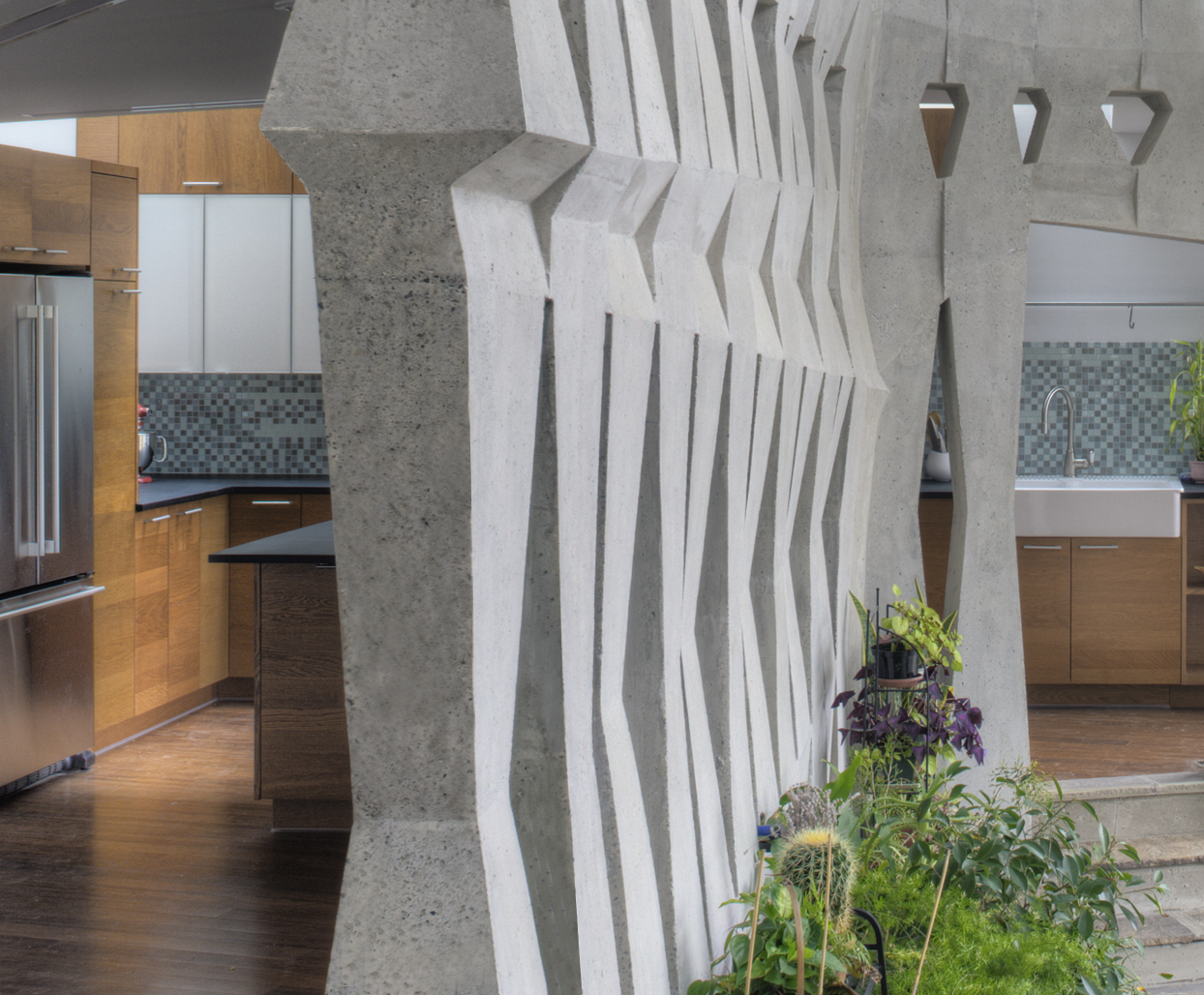 Cast-in-place concrete mass wall is part of the Hsu House residence. It is a south facing heat sink mass wall, which stores sensible heat and animates light, creating an all season solarium that, in the summer, opens and unfolds into the natural landscape. The mass wall divides the solarium from the main space of the house and was considered necessary to damp diurnal energy fluxes and store absorbed solar radiation. It was designed with three primary criteria in mind. First, wall surface area was maximized to increase the rate of thermal transfer between the sun, the wall, and the interior environment. Second, the shape was parametrized to allow light from the solarium to pass through the structure, allowing illumination of the north side of the first floor of the house. Third, the mass wall was designed as the sculptural focus of the house, defining the entryway, the kitchen, the solarium, and the edge of the triple height main living space. The large number of parametric iterations were tested also in relation to the fabrication process. The primary concern was maintaining a level of porosity that would create a sense of lightness, allowing for views through the wall and to counteract the tendency of the concrete to read as a massive and unwelcome subdividing element in what is, after all, a fairly compact and spatially diverse living space.