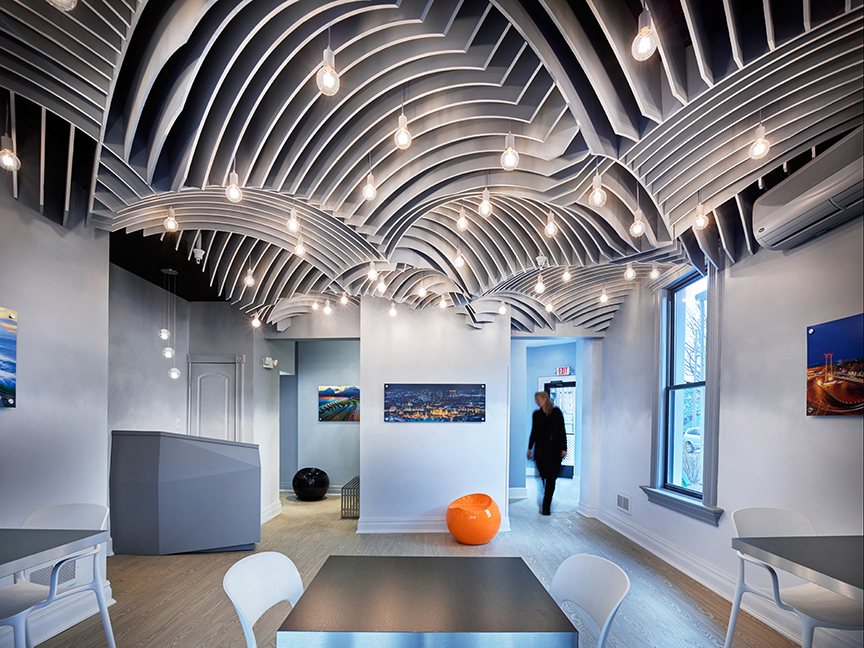 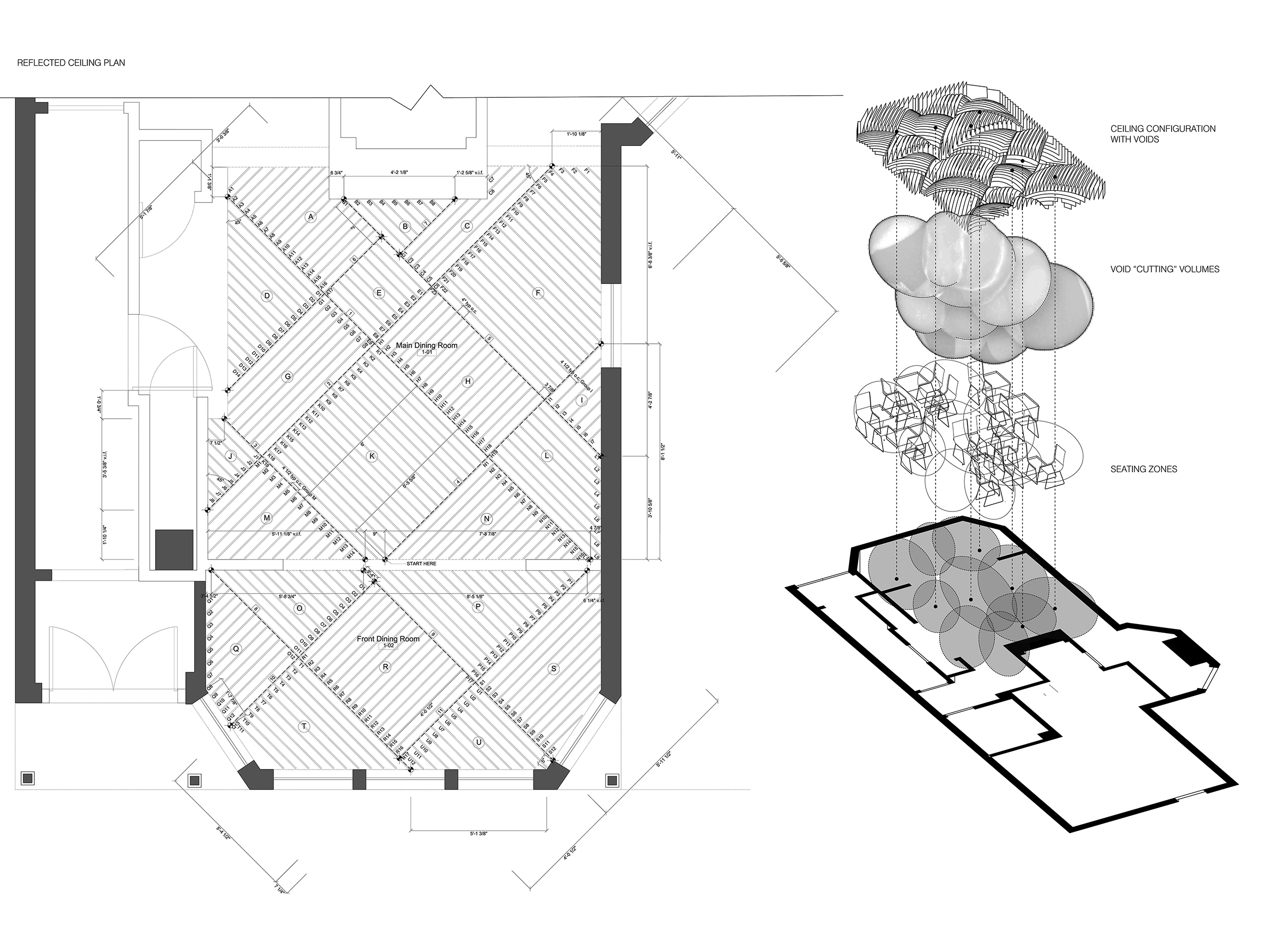 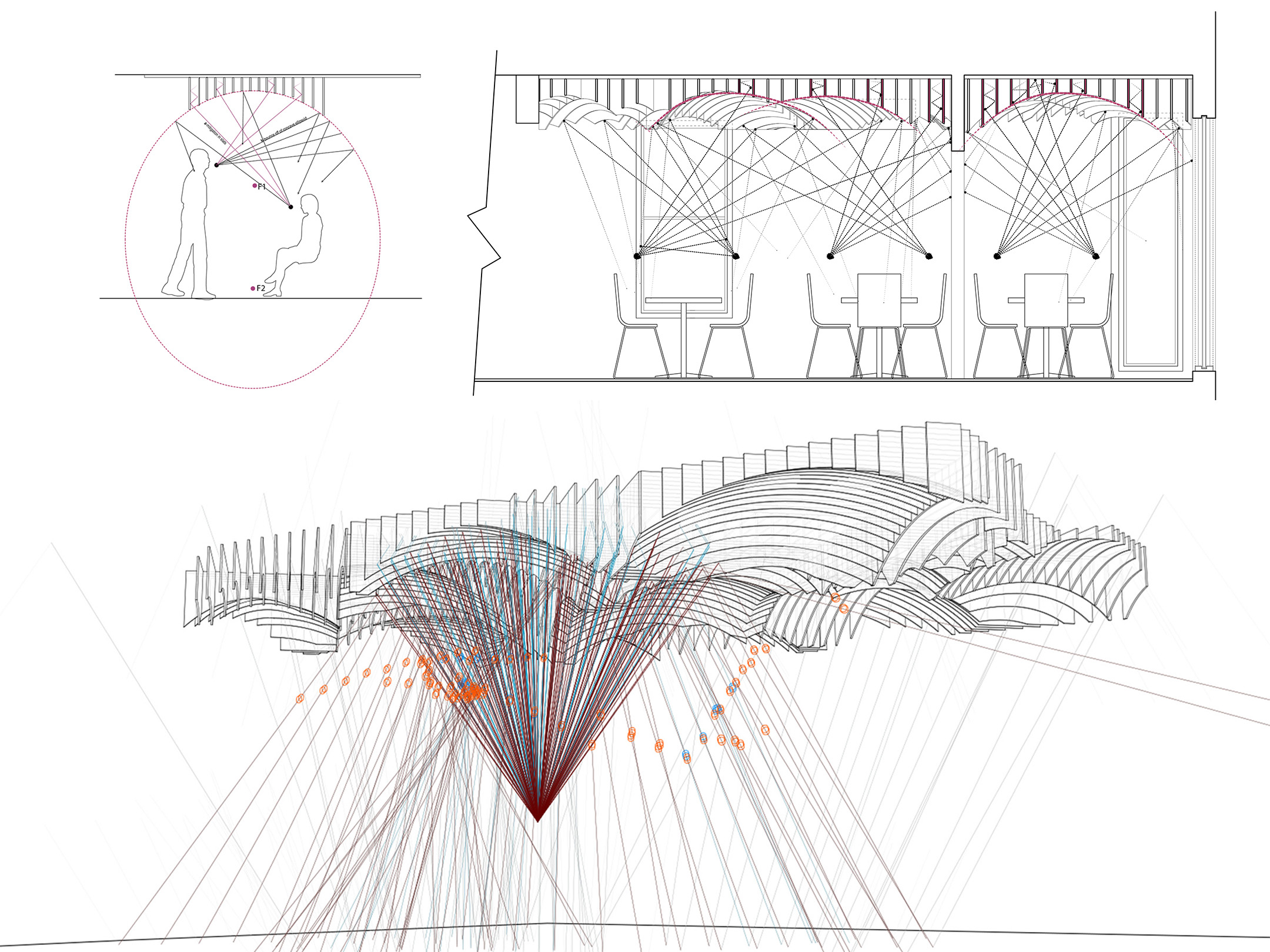 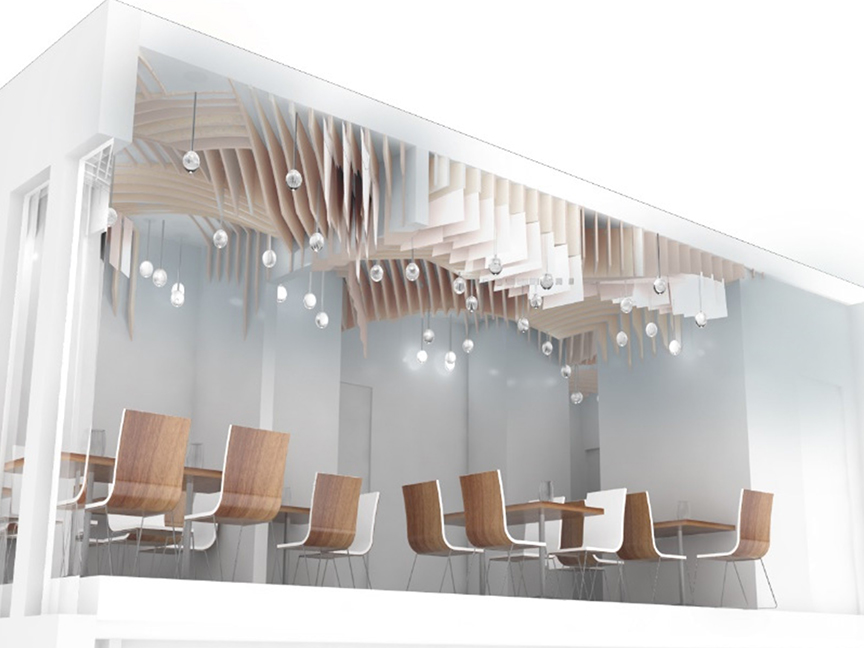 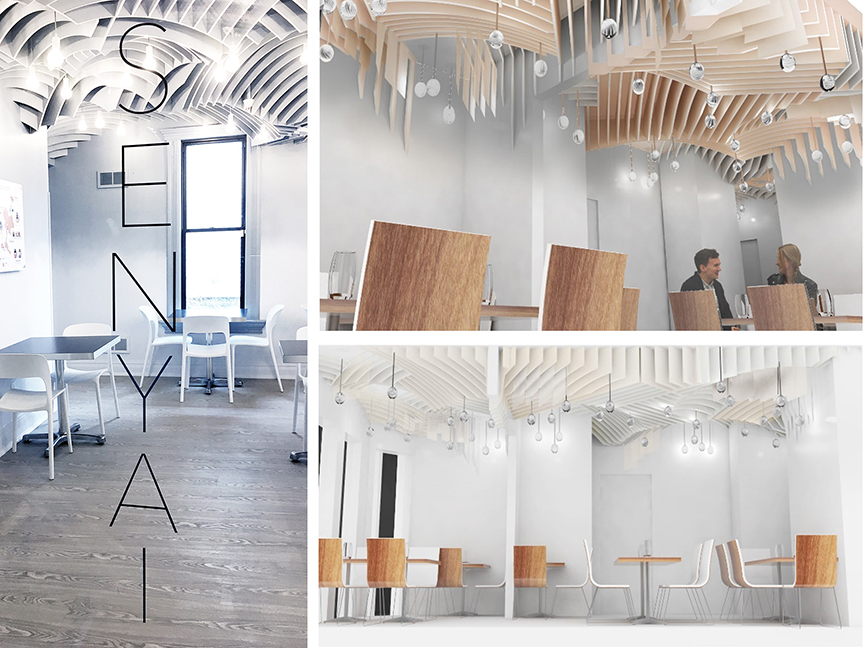 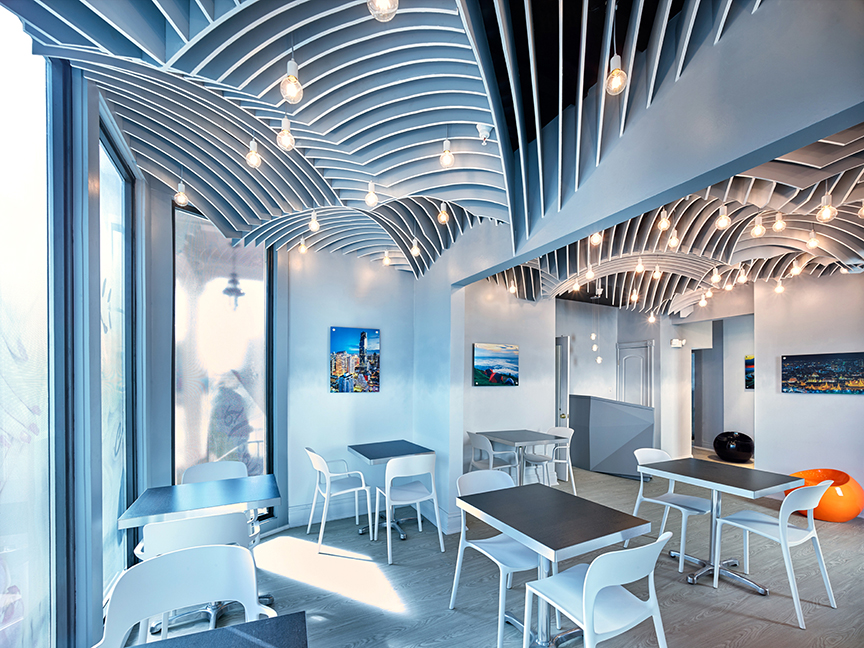 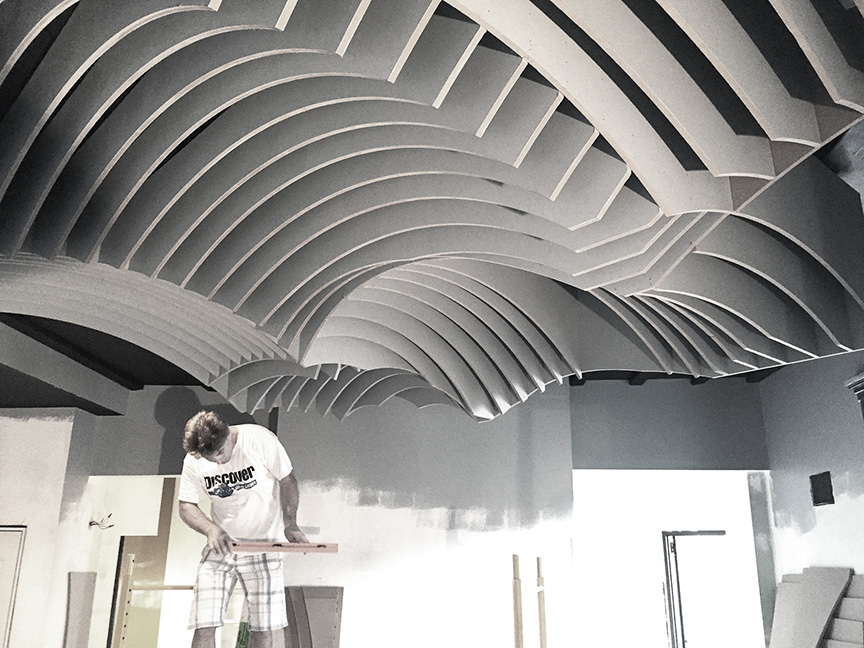 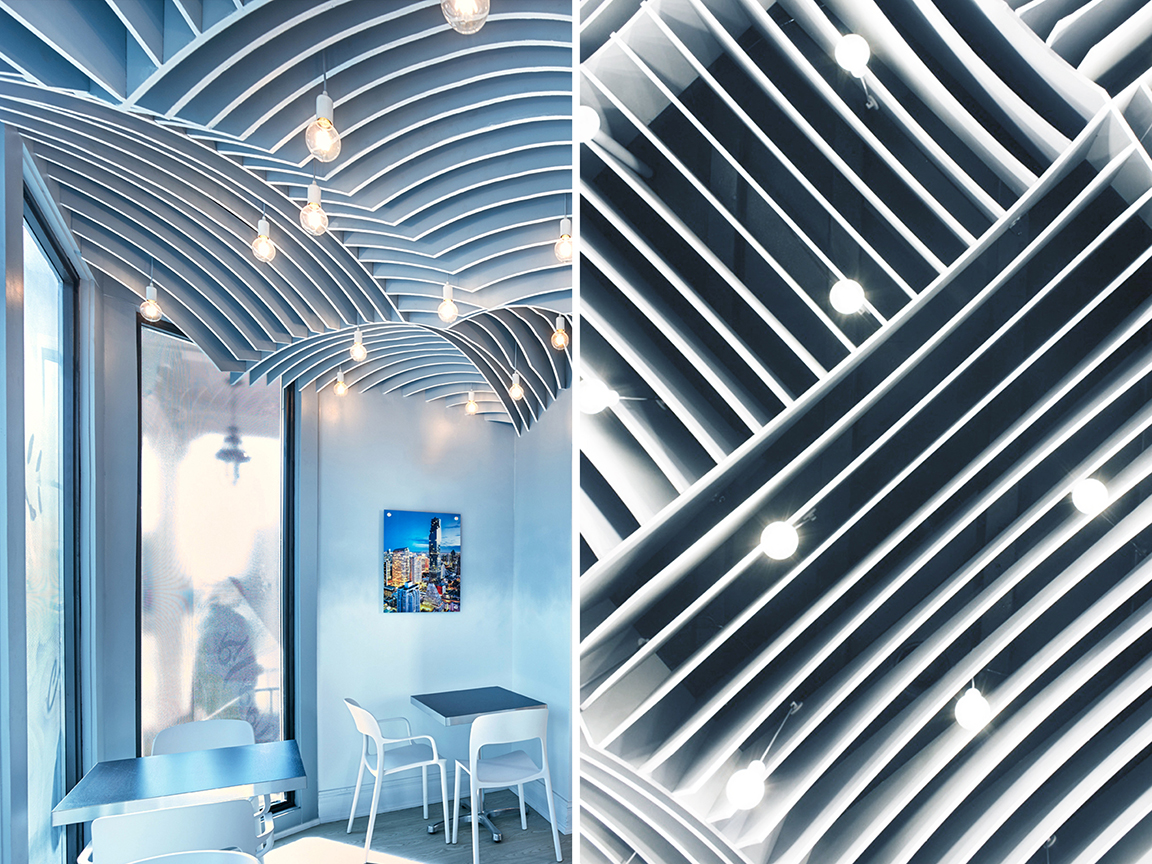 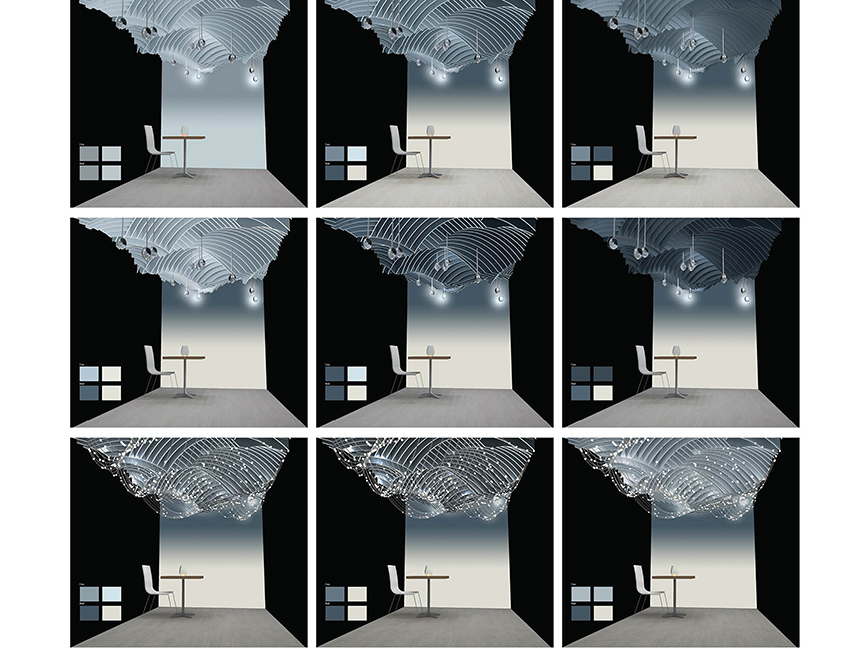 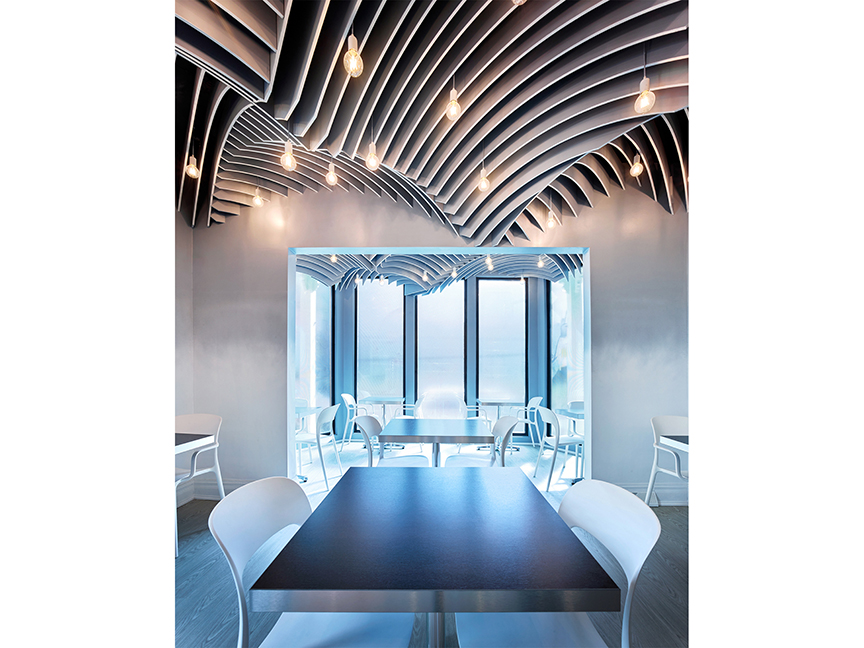 Senyai Thai Restaurant is a small 340sq space striving to create unique atmosphere in the developing urban district of Pittsburgh. The ceiling, inspired by the vaulted geometry of ancient Thai architecture, incorporates acoustic and lighting performance into a contemporary spatial experience with soft ambient effects. Visual layering of ceilings fins is suggestive of movement while reducing the reverberation of sound in individual vaulted zones, thus creating localized acoustic privacy and overall dynamic character. The ceiling is formed by a series of 275 unique vertical slats that sectionally change in series in the perpendicular direction--no two slats, or vaults, are alike. The global texture of the surface and color plays with light to create a sense spatial weightlessness and visual expansion, as the eye travels beyond the each articulated edge. At the same time the slats appear as a continuous surface, mimicking an active body of water, or, in homage to the restaurant’s name (sen yai translates to “big noodles” in Thai), a bowl of hot noodles in broth.