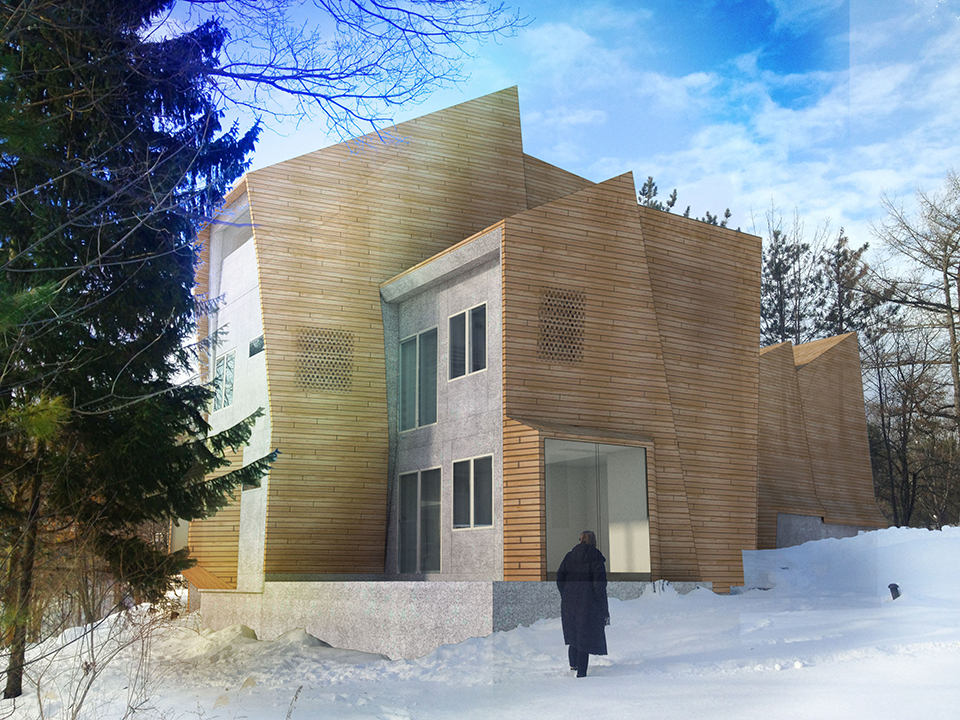 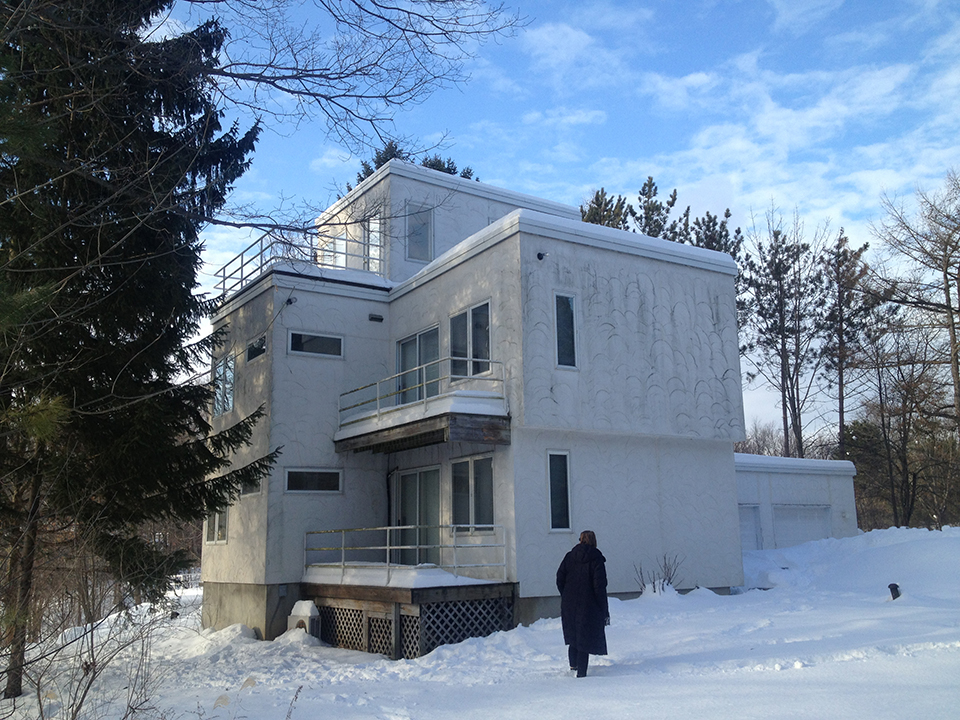 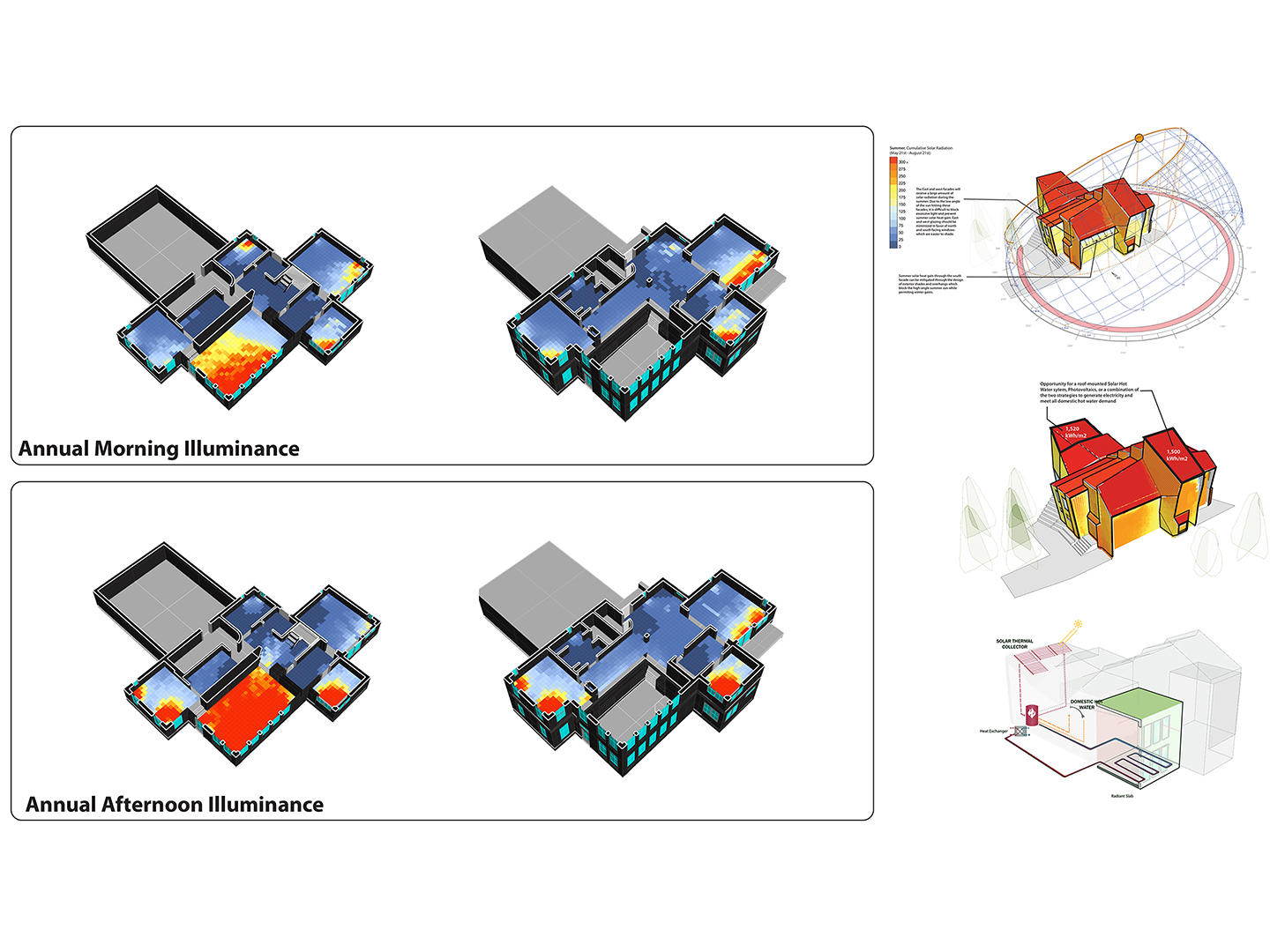 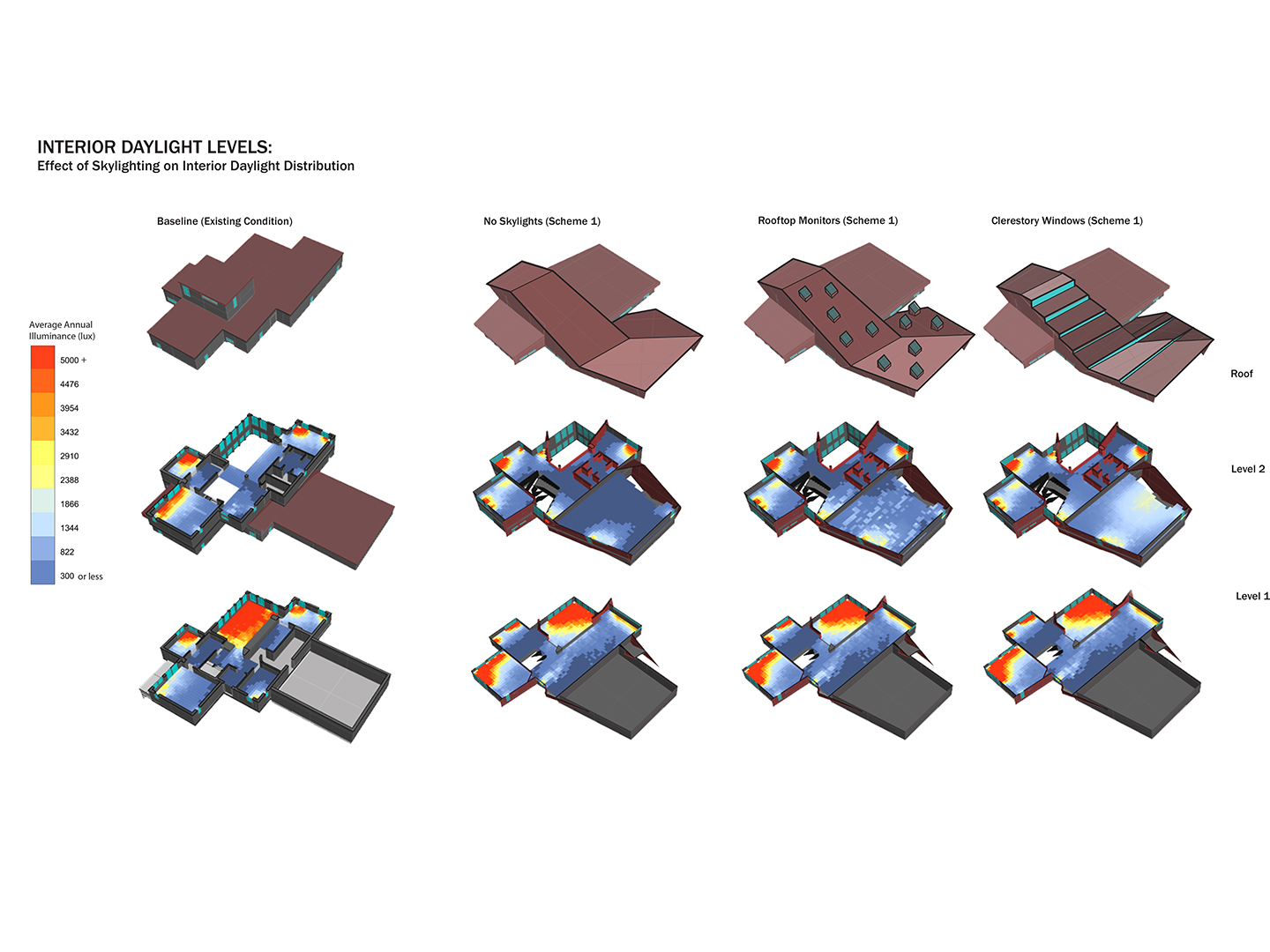 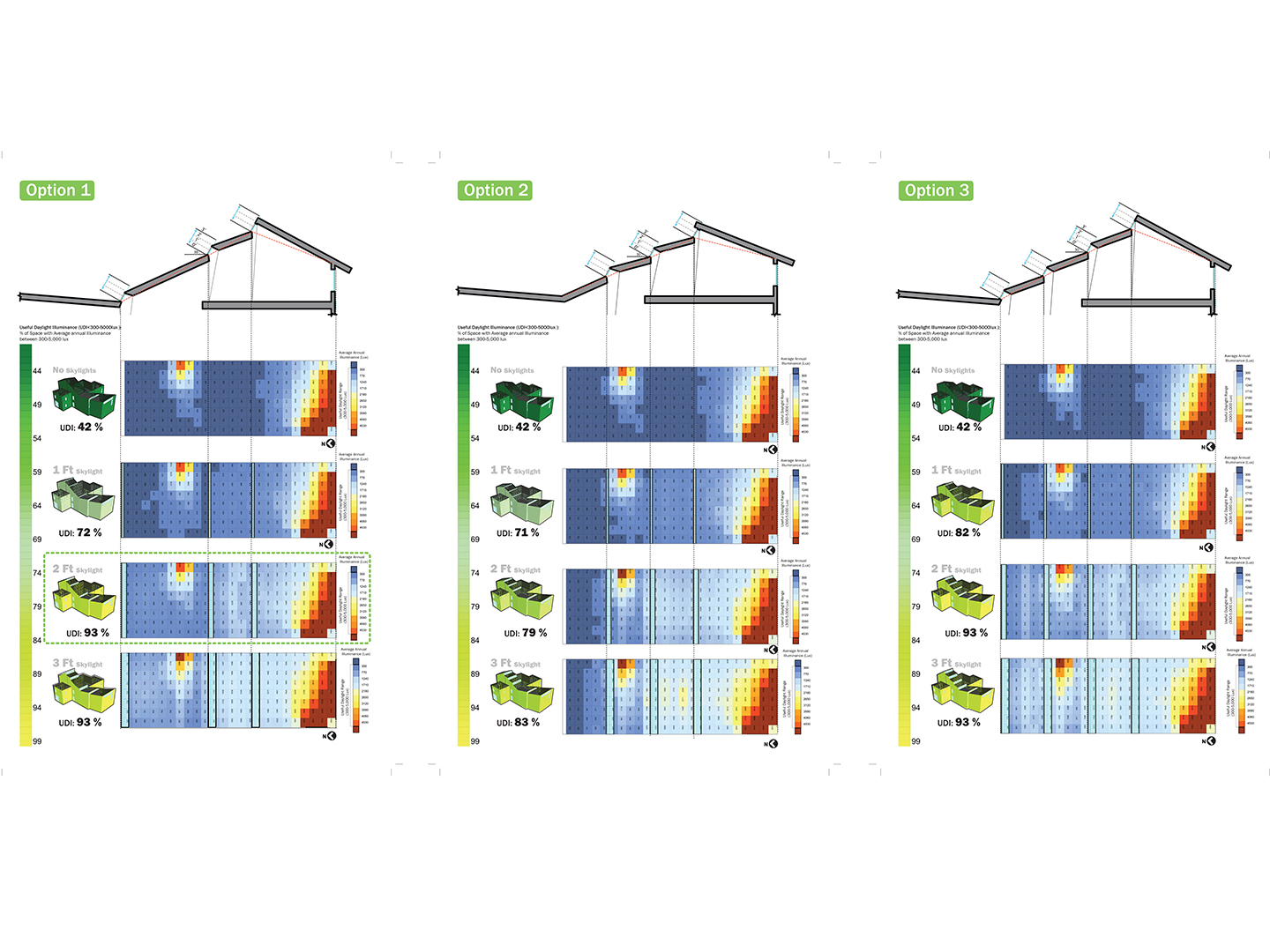 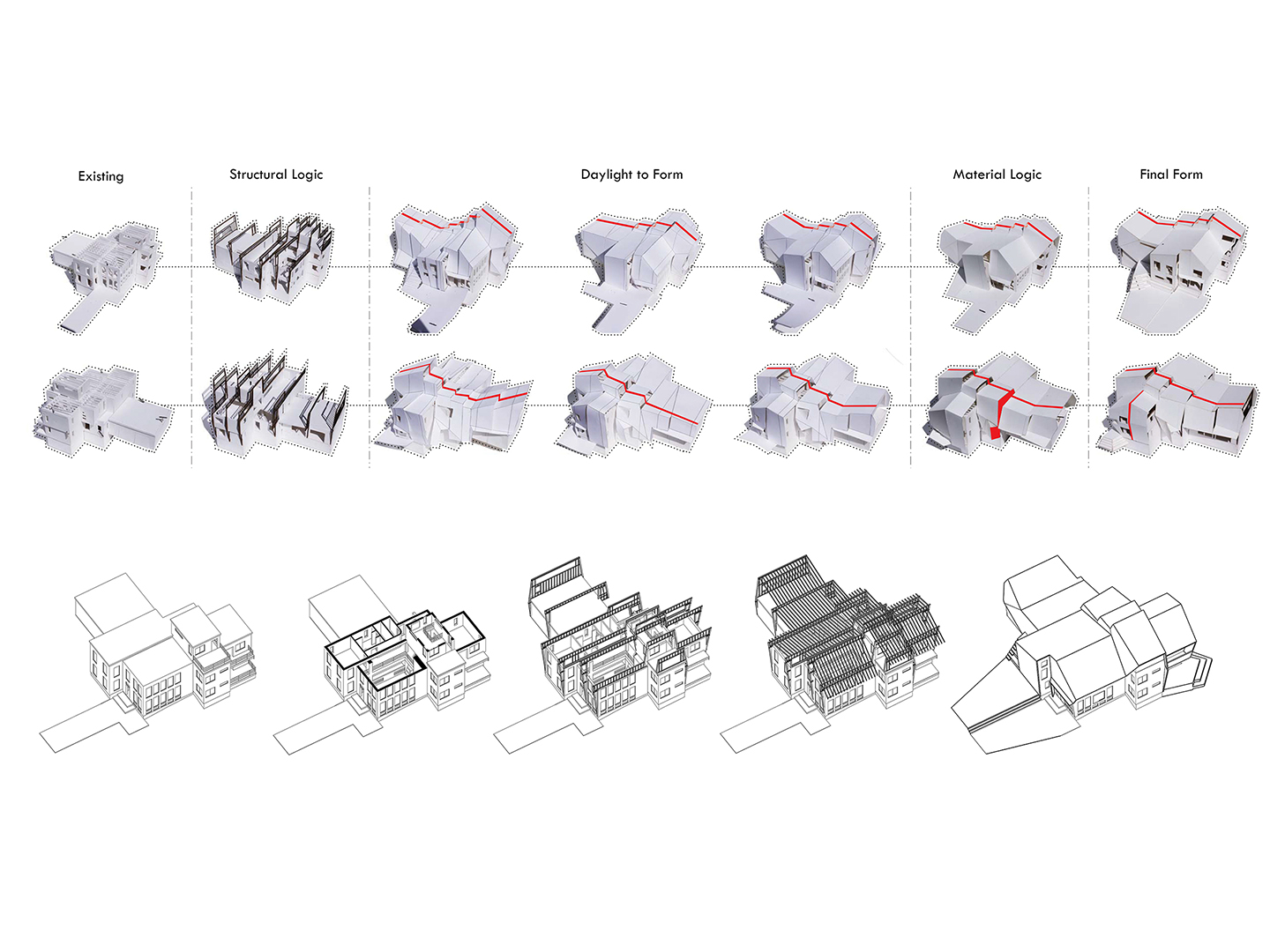 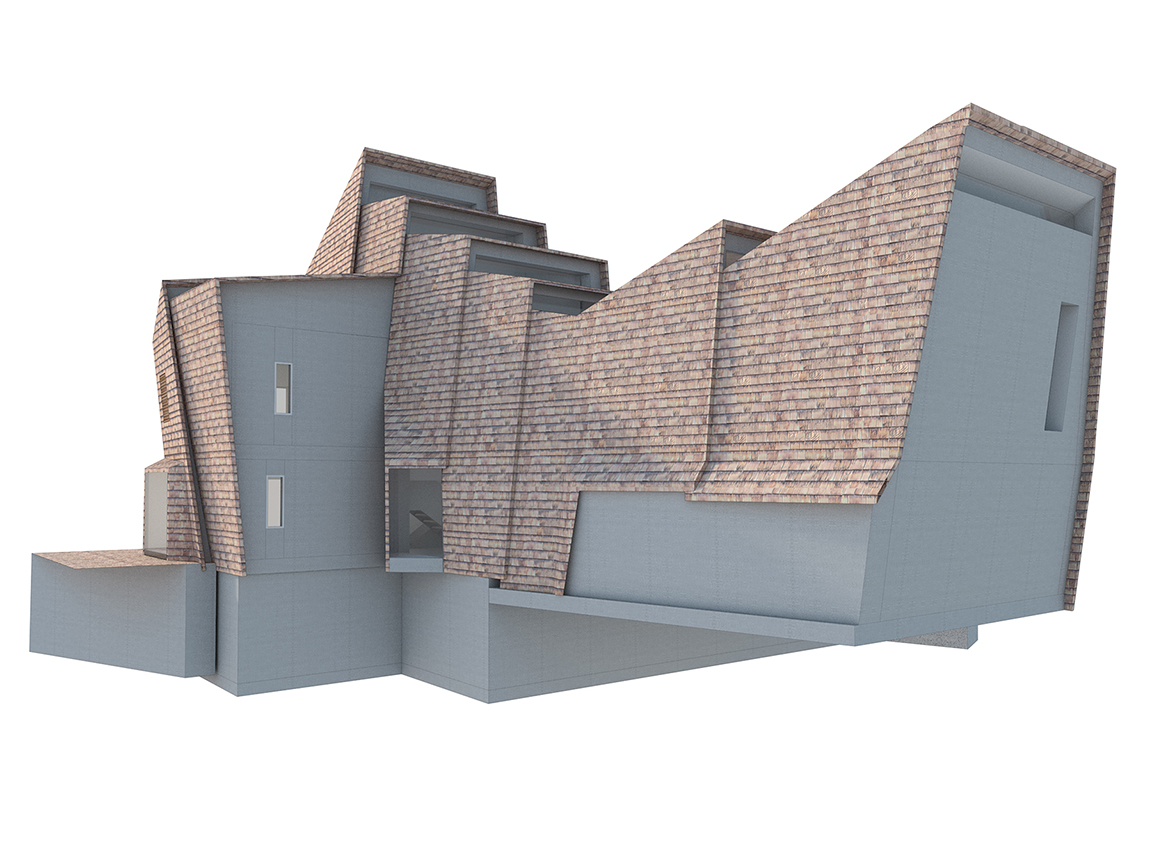 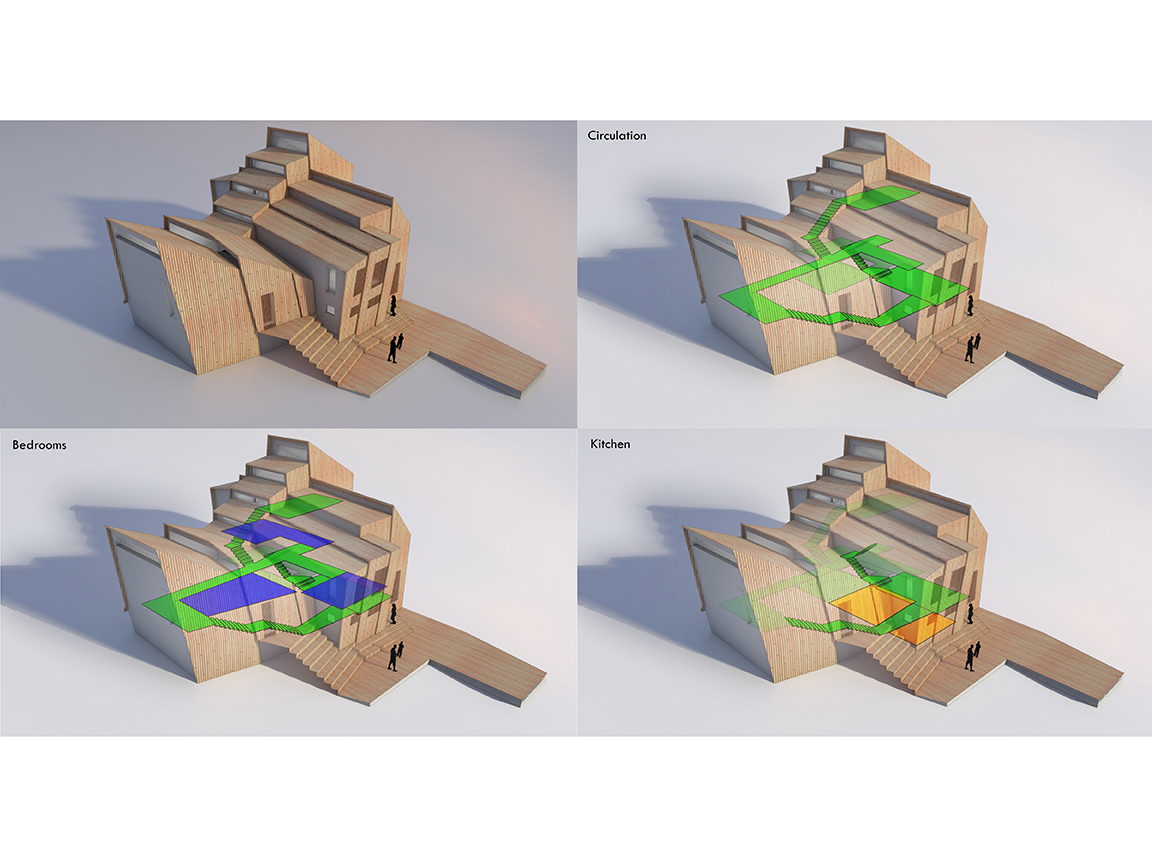 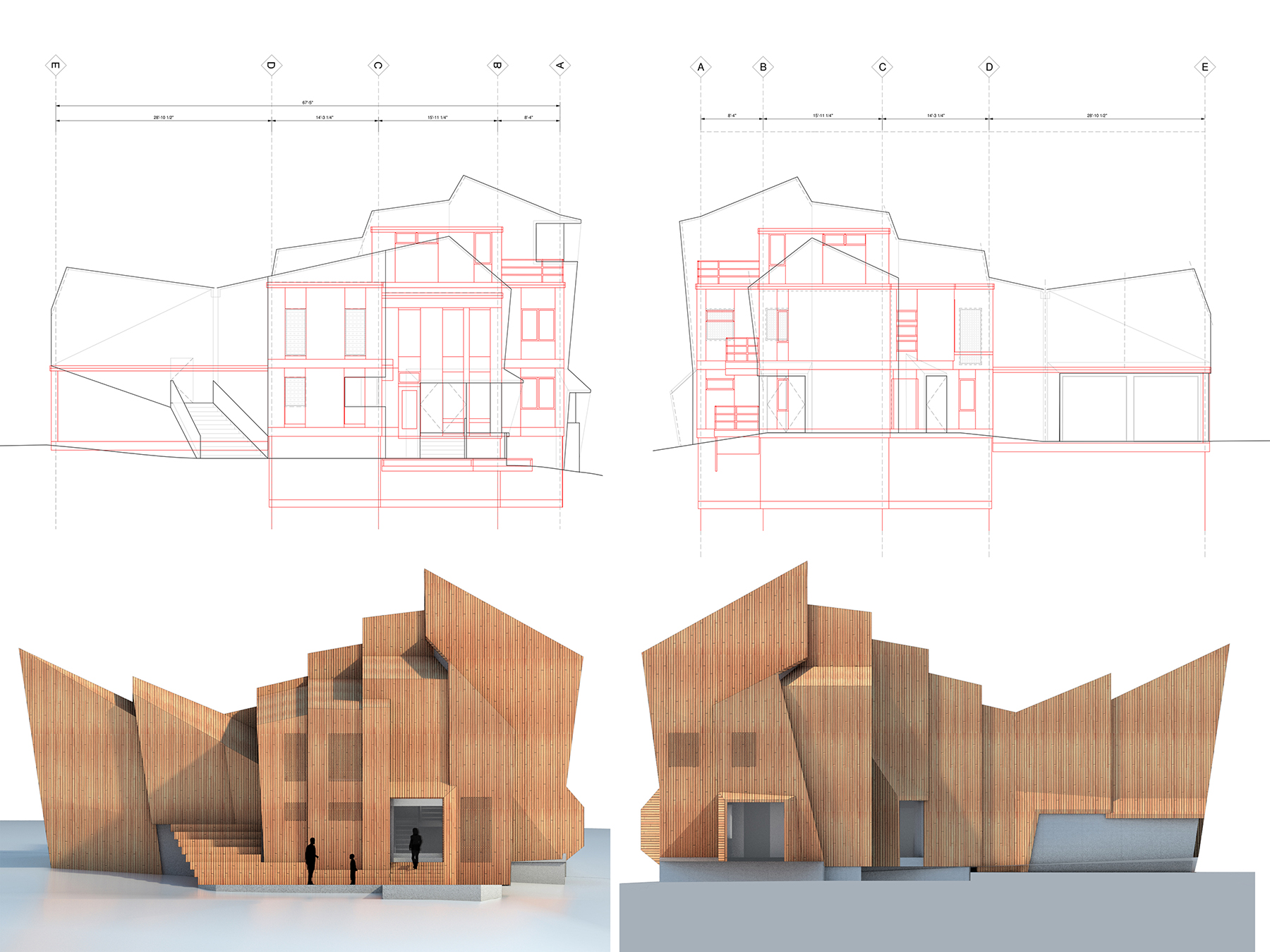 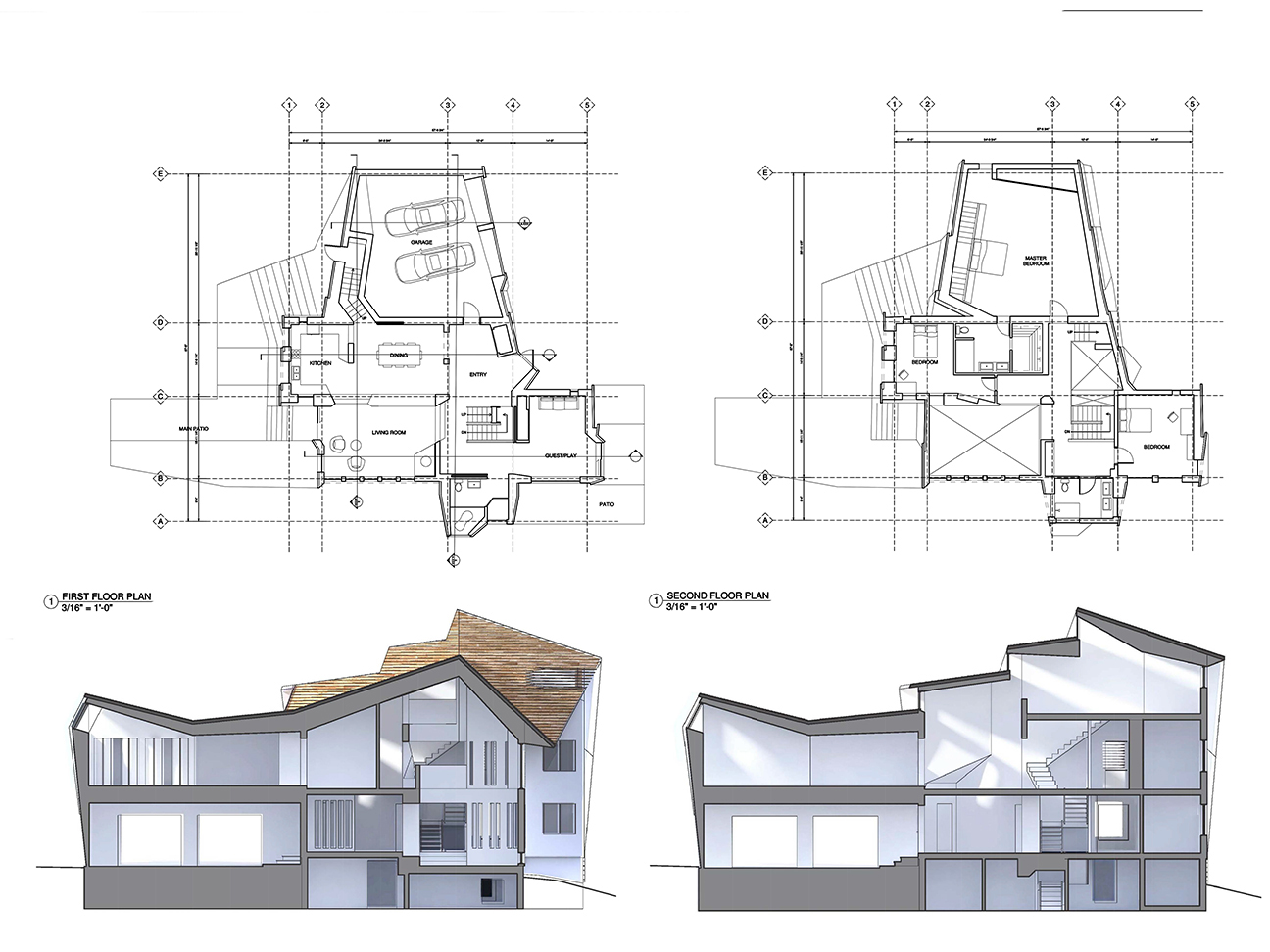 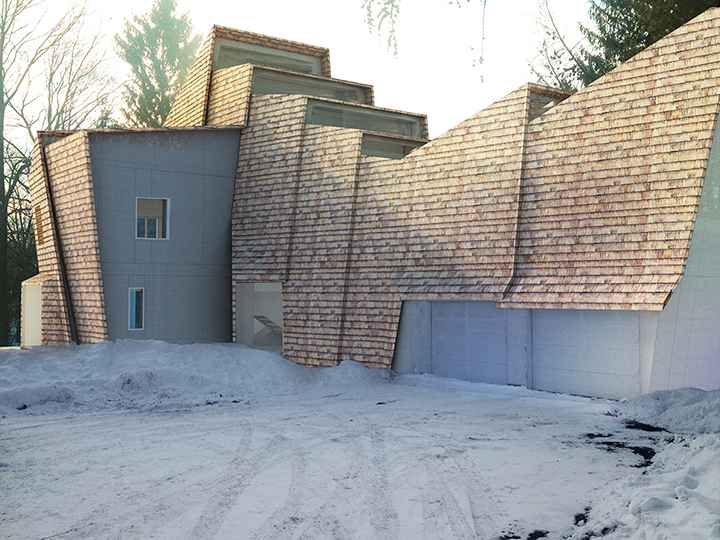 The Waterfall House is a proposal for a complete renovation of the existing single family house near Syracuse, New York. The house is perched above 70 foot waterfall, with incredible views of its surroundings. Originally designed as a modernist composition of cubes, the house lacks desired connectivity of internal flow between spaces, and the building envelope is under-performing thermally due to non-adequate heating and cooling systems. Experientially, the goal was to ameliorate a hard line contrast between hot and cold, dark and light interior spaces produced by the cubical composition. Using parametric day-lighting simulation we explored various geometric wrapping strategies that would enable such softening effects, as well as mediate the weather fluctuation. The day-lighting effects caused by the saw-tooth geometry expanding the roof surface area toward solar gain would minimize the use of energy resources, as well as allow for the creation of gradient fields of experiential lighting qualities to support new interior spatial flows of proposed organization.